Tony reacted first, though Nanette followed immediately with a scream.  The travelers who once struggled against ghouls projecting frightening images into their minds resisted longer.  Decker and Katie were able to grab their rifles.  Alexis got her wand.  Lincoln and Lockhart pulled their handguns, but they were unable to use the weapons as the Vr energy invaded their minds.  The Flesh Eaters carried a handheld Vr projector that bathed the travelers in hypnotic hallucinations.

Boston, who did not appear to be affected by the energy, whipped out her wand and laid down a line of fire in front of the aliens.  The Flesh Eaters paused.  The Vikings with them kept back.  But Boston feared for her friends.  Then, Elder Stow managed to touch the spot on his scanner that activated the discs they all still carried.  Suddenly, The Vr energy got blocked and people came quickly back to their senses.

The Flesh Eaters were honestly frightening enough to look at.  They did not need the hallucinations to be scarry.  They stood tall, maybe six or seven feet, but skinny as an elf.  They had extra-long legs and arms, and heads too big for their necks.  The eyes, ears, and nose looked normal enough, though the nose pointed up a bit, but the mouth looked too big for the head.  They had rows of teeth, all sharp for tearing meat off a carcass, like the mouth of a shark or maybe an ogre.  And the tongue darted in and out of the mouth like a snake’s tongue, like they could smell the blood ahead of them and were becoming excited to drink it all.

Decker shot the one out front.  It had a personal screen of some sort, but not a very strong one.  Decker’s fifth bullet penetrated, and the Flesh Eater collapsed.

The Vikings charged.  Alexis called up a hurricane force wind that slowed them but did not stop them.  Nanette threw out a telekinetic wall that they had to force their way through.  Boston laid down another line of fire, but they were not hampered by that.  They simply ran through the fire.  Sukki stepped up and stared at her hands, not sure what she could do.

Lockhart, Tony, and Lincoln used their handguns and blasted away with Decker, but there seemed no way they would avoid hand to hand fighting.  Tony feared that some of the travelers might get killed, but a troop of fairies arrived and got big.  At once, there were arrows flying into the midst of the Vikings with deadly accuracy.

Katie concentrated on the Flesh Eaters.  She put one down but imagined the other might reach them.  Elder Stow solved that problem with one shot of his weapon, and when the Flesh Eater fell, the few surviving Vikings all collapsed, unconscious. 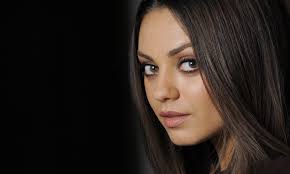 “Sukki?” Boston wondered if Sukki did that.

“Not me,” Sukki admitted.  She thought about turning her power on the Vikings to knock them out but decided she did not have enough control.  She did not want to burn them all.

Elder Stow made sure all three Flesh Eaters were dead before he pulled out a device to examine one of the Vikings.  “A mind control implant,” he reported.  “Like the Blueblood implants we once ran into around the Caspian Sea.  Improved.  Smaller.  But affective.”

Alexis and Nanette made sure the Farm family and William were in one piece.  William pointed at them and grinned.  “You are witches,” he said, but for the most part he stared at the fairies, most of whom had reverted to their small size.

Alexis shook her head for William.  “I used to be an elf.  Boston is an elf.”

“I can be a witch,” Nanette said, and Alexis agreed before she warned her.

“Yes, but not something to brag about.  The church goes through periods of no tolerance.  They say all witchcraft is evil and don’t distinguish between a good witch and a bad witch.”

“They burned Glinda the good witch of the north at the stake,” Boston said and tried to keep a serious face.

“I read that book,” Nanette said.

“You should see the movie,” Lincoln said as the fairies zeroed in on Lockhart and Katie.

“I am May, you met my husband Pinewood about three hundred years ago, in the days of Gerraint?” She was not sure but both Katie and Lockhart nodded.  “We were sent to find you and bring you to the battlefield.”

May said, “It is not far from Kingston.  We should move from here.  We will have to stop for the night before we arrive, but we should be there early in the morning.  And, your grace,” she turned to William who walked up.  “The king will be there as well.”

William closed his mouth and nodded.  “That is who I need to see.”

On the morning of the battle, about ten that morning, the Saxon line struck the Vikings in the corner, as planned, and they stopped.  After a few awkward seconds, the Viking line began to move forward to engage the Saxons head-to-head.  It was intended to disrupt the Viking line they so perfectly formed.  A jagged line is not nearly as effective.  Unfortunately, when the Vikings moved, the Saxon line also moved, equally disrupting their own line.  They met about halfway, and as a result, the Vikings only half turned their backs to the forest.

The Viking commander saw an opportunity right away.  He had about sixty horsemen that he held back with his reserves.  As the Viking line turned and the Saxons came up, there was a gap made between the men and the bend in the river.  He hurried his horsemen to hit the Saxons in the flank, and maybe get around them to strike them in the rear if possible.

“Damn,” Elgar said, and hurried his forty horsemen to counterstrike.  The horsemen squeezed through the gap and met one another.  The Saxons took the worst of it, but they did enough damage to the Viking horsemen to drive them back and keep them from hitting the line of men on foot.

“Deerrunner.  Pinewood.” Elgar shouted.  No human would have ever heard the call over the roar of fighting men, but the elf and fairy heard clearly.  They had to come out from the forest and thus exposed themselves, but they were arrow ready, and very quickly Vikings began to fall at the back of the Viking line.

At the same time, Elgar moved his reserved men to reinforce the end of the line by the riverbend where the fighting started.  They began to push the Vikings back on that end.

The poor Viking commander couldn’t decide what to do.  He finally saw the archers from the woods were taking the worst toll on his men and ordered his reserves to attack the woods.  The elves and fairies raced back into the woods.  Elgar knew Between Bogus, Piebald and their dwarfs, with some very brave goblins who risked the light as long as they stayed in the shadow of the trees, very few in the Viking reserve would come back out alive.

The Viking commander gathered his horsemen.  They no doubt planned to follow through on the plan to strike the Saxon flank, or they at least hoped to press forward and keep the Viking line from crumbling.  Even as they got ready to move, Elgar heard the sound of rifle fire.  The Viking horses went down, and sometimes the men got knocked out of their saddles.  Elder Stow, Sukki and May’s small fairy troop landed behind the Viking line, even as a giant wave came down the river and swept the Viking escape boats into the deep or shot them downriver where they would be no use to any escaping Vikings. By the time the half-dozen pyromaniac dwarfs arrived in a boat of their own, there were very few Viking boats for them to burn.  They complained, of course.

When Boston shot her explosive arrows into the last of the horsemen, Nanette having stepped up to make sure they reached that far, Katie and Decker just about stopped firing.  Lockhart let loose scattershot from his shotgun at the Vikings who began to escape the line and headed toward the bend in the river.

Then Elder Stow said to Sukki, “It will save lives in the long run,” and Sukki reluctantly agreed.  With Elder Stow starting on one end and Sukki on the other they fried the back of the line of remaining Vikings with all the power available to them.  Then Sukki cried.

The surviving Vikings surrendered immediately.  They recognized there was no escape.  Many good Saxons, Celts, and mixed bloods died that day, but the king could not help himself.

“That was almost too easy.”

“Let’s hope the Vikings think that and stay out of Wessex,” Elgar said.

“I said you got the better of the deal,” Osric pointed out to the king as Ethelbald rode up shouting.

“That was the greatest slaughter of a heathen-raiding army there has ever been.”

“Can I quote you?” Elgar said, and shouted, “Boston.”  A red-headed streak ran faster than a human could run and jumped right up into Elgar’s saddle, facing him and hugging him.  “Yes, I love you, too,” Elgar said.  “But be a good girl and get down.”

Boston looked at him and the king beside him.  She stood up on the saddle horn and spoke.  “Well, I will get down.”  She flipped to the ground.

“Lincoln.  Get Alexis and Nanette.  They are not allowed to help.  Lockhart.  Katie.”  He waved so they came over, escorting a monk.

“We will be taking our prisoners to Kingston where we will stay for at least a week, maybe two, while we arrange to return the prisoners with pledges from the Vikings to leave Wessex alone.  You will have about ten days to get to the next time gate, so don’t dawdle.  And who is your friend?”

“Nice to know what I am doing,” King Ethelwulf quipped.

“Cheeky, but worth it,” Osric tossed in.

“This is Wilimbro the monk, alias William the Lesser, alias Ceolnoth, the Archbishop of Canterbury.  We escorted him here.  He needs to see the king.”

“Here I am,” Ethelwulf dismounted for the archbishop.  “Your grace.”

Elgar motioned to Lockhart and Katie.  “You need to go and not stick around.  Take Pinewood and Deerrunner and their people.  You remember Deerrunner?” Elgar asked.  Katie nodded, but Boston interrupted before Katie could speak.

Elgar assured her.  “With Bogus, off chasing the remnant of the Viking reserve company.”

Everyone shivered at the thought of what some wild dwarfs might do to those poor men, but then they paused.  An alien ship lifted off the ground across the river.  It looked big, like the ship the shuttle came from, and Elgar commented.

“Flesh Eaters.  They battle the Apes on and off for about two hundred and fifty years or so.  Remember the Ape ship in the Alps?  These are the ones they were hiding from.”

The travelers need to stand still and let the Kairos come to them.  Meanwhile, there have been murders in the village, and for once the travelers are not being blamed, though they will be used.  Happy Reading.