Martok did not take long adjusting Elder Stow’s communication device.  The device could reach a ship in orbit.  He just needed to extend the range a bit because he was not sure where his target might be.  Margueritte came back and spoke for herself.

“Imuit.  I invite you to earth, to come and see me.  The Trilobites in orbit have taken some friends and family, and I would like to get them back in one piece.  Please help.”  She turned it off and handed it back to Elder Stow without comment.

“What can we do?” Lord Barth asked.

“They are aquatic insects, maybe amphibious insects, arthropods.  You would probably see them as spiders.  They were the first multi-celled intelligent life produced naturally on this Genesis planet.  That was about 540 million years ago.”

Margueritte had to listen to other lifetimes, including Lady Alice, before she could answer.  “Conscious life or sentient life has been on earth almost since the oceans were created.  It may have even floated around in the dust before the earth was created four and a half billion years ago.  Eventually, we got microbes and photosynthesis and oxygen in the atmosphere, and then actual cells—single cells like bacteria.  And sentience came with it all.”

Margueritte shrugged.  “But certainly, with single cell life.  One type lived in colonies and the consciousness combined through the colony.  At a certain size—I don’t know how many, billions, probably trillions of single cells in the colony, intelligence grew.  They invented the apple.  Do you remember the apple from Ali Baba’s Day?  The healing device that killed bad cells and promoted the growth of good cells?  Well, anyway it or they began to experiment on the Eukaryotic cells that eventually formed multi-celled life.  No, they did not invent multi-celled life.  They were not the reason for the Cambrian explosion.  But they experimented on the first Trilobites.  They wanted to replicate intelligent life as they understood it.”

“And they succeeded,” Elder Stow said, having paused in working on his scanner to listen.

“After a fashion.  Sort of.  The Trilobites are still animals on their own, but combined in a group, that is within a certain range of each other, they are telepathic, and the colony can imitate intelligence, sort of.  There were other intelligent life forms that came and went since the Achaean colony formed, but the Imuit was the first multi-celled intelligence God made in this world.  It makes more sense to say God made, or at least intelligently designed.”

“But now we have intelligent Trilobites in space that have captured Lockhart and the others,” Decker said.

“And my mother and sister,” Margueritte nodded.  “But the Trilobites are so slow to learn, rather than intelligent, it might be more correct to say they are not stupid.  Of course, not stupid after 550 million years can advance to space travel and teleportation.”

“Too bad,” Decker said.  “Not stupid means they can’t run for congress.”

“It doesn’t get any better in a hundred years.”

“Ha-ha,” Margueritte did not laugh.

“So,” Elder Stow took back the conversation.  “We have had intelligent spiders on earth for 550 million years?”

“Not on earth,” Margueritte said.  “They began on earth, but like every intelligent species, at a certain point they got taken to an ordinary life-supporting planet where they could thrive.  You know, the climate has changed on earth over four and a half billion years.  Sometimes, that causes mass extinction events like the oxygen event.  I would guess the Imuit got taken off world during the extinction event at the end of the Paleozoic, when so much of the sea life died out, say, about 250 million years ago.   I don’t know what exactly happened then.  I was not around.  But all kinds of things can cause extinctions.  It is better to be elsewhere when that happens.”

“So, there are lots of intelligent species in the universe that began on earth?” Sukki said, but it was really a question.

“I wouldn’t say lots,” a woman said.  The image of a beautiful woman with long green hair appeared at the end of the table.  She caused the people to shuffle their chairs a bit before they settled down to stare.

“Sheen,” Margueritte apparently met the woman at some point in her life, or in another life.  “Don’t worry,” she told the others.  “She is just a projection.  She is not really here, and doesn’t really look like that, though I think the green hair is natural in a way.  Looks nice.”

“Kairos,” Sheen responded.  “And thanks.  But I was going to say there were plenty of intelligent species on this planet before the genus Homo got planted in a garden, and I don’t just mean Australopithecines.  Yours is a seed planet.  You germinate life forms.  Yours is one of only four in this arm of the galaxy, and one of those four is near the end of its useful life.  Their sun is about to go red giant.  Luckily, that is not my world.  This world I have watched for a long time, not interfering, but just watching.  You know it is not my place to interfere.”

“For how long?” Elder Stow asked.  He meant to ask how long she had been watching.

“I saw the Diplodocus forcibly removed sixty-five million years ago, though they were not ready.  I have seen the Trilobites return to this place time and again, to take a sampling of whatever intelligent species is in the ascendency.”

“But they cannot have these people,” Margueritte said.  “Half of them are people displaced in time.”

“I see that,” Sheen said.  “I am not sure how you did that since time travel is a dead end.  But I understand.  That is one reason I like you.  You know some things even I don’t know.  But what about the others?”

“They are my family.  If they are taken it will break my heart.”

Sheen almost smiled.  “Far be it from me to break anyone’s heart.  Now, for the future, your friends were selected because their technology is superior to the rest of the planet.  The Bites were not interested in the Gott-Druk, but they kind of missed the two by the wagon and picked up the four by the house.  Not very good aim.  You understand, I will have to remove the Trilobites completely or they will come right back and try to pick up your time friends again.  They really are not that smart.  Once gone, they will stay gone.  Their schedule is every hundred thousand years.”

“Thank you, my friend,” Margueritte said.

“You are welcome, my friend,” Sheen said and vanished.

Lockhart stayed on his feet and kept an eye on the bugs crawling in the other room.  At some point, he figured out the other room was full of water.  “Even if we break through the wall, we will either be drowned or maybe face the vacuum of space.” he concluded.  “We have to wait for the ones we left behind, and the Kairos to work things out.”

With that, Katie stayed on her feet, but the others sat down, until Lincoln got up to pace.  He said walking helped his stomach.  He also said he hoped they were not taken to fill Trilobite stomachs.  Nanette and Alexis both yelled at him for being insensitive.  Elsbeth shuddered at the idea.  Jennifer said she felt like throwing up again just thinking about it.

“They are,” Lockhart agreed.  “Creeping across the floor and up the walls.”

Katie nudged him.  “How did you figure out they were in water?”

Lockhart pointed.  “They prefer to cling and use their legs like a centipede, but I have seen more than one push off and swim to another point.  I suppose there is a pattern of sorts.” 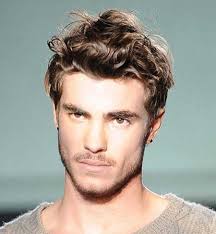 “How can you tell?” Nanette asked him.

“I can tell,” Jennifer said.

“Vibrations,” Lincoln answered, and Nanette put her hand to the floor and let her magic feel for the movement.

“Where are we going?” Elsbeth asked.  “We are going to miss Margueritte’s wedding.”

“Can’t have a wedding with Father Aden here,” Brianna pointed out.

“That’s right,” Jennifer said, trying to get her mind off the movement.

“Don’t worry,” Father Aden sought to comfort Elsbeth.  “I am sure Margueritte will save us soon enough.”

“Ugh,” Elsbeth said.  “That would be terrible.  Margueritte gets all the credit for everything.  It isn’t fair.”

Brianna smiled and hugged her daughter, and blinked, and they were somewhere else.

Don’t forget TOMORROW, the end of the episode.  Monday will begin a new episode so you don’t want to miss tomorrow’s post.  Hopefully, people will make it home for the wedding.