Abdul Rahman stopped in the gap before the forest, where the road ran between the hills.  He seemed a bit surprised to find an army blocking his way, but he did not think much of it.  He had little respect for the military prowess of what he considered the Germanic barbarians.  Certainly, the Visigoths fell quickly enough, and the Vascons cowered as he passed by.  He came over the mountains with fifty thousand men, and even after two bloody battles and the siege of Bordeaux, he still had forty thousand who could fight like fresh troops.

Abdul Rahman al-Ghafiqi had fifteen thousand men at that point, out in the province, killing locals and taking everything of value they could, including humans who would serve as slaves.  He found the white Visigoths made acceptable slaves and saw no reason why the Franks might not be the same.  So, he waited, and felt more concerned about the coming cold weather than he did about facing a Frankish army.  He counted his gold, and that warmed him, as his men counted their loot and thought about blonde barbarians waiting on them and meeting their every desire.

“The cavalry will run them over, as they ran over Duke Odo, twice,” he said.  His scouts told him the Franks had no horsemen to speak of.  Abdul Rahman raised his eyebrows a little when his men reported campfires in the hills on both sides of the road.  But he still did not fret.  He imagined the Franks might equal his numbers after all, but that would not help them if they were spread out through the hills.  True, it would prevent him from circling around behind the enemy, but he did not plan to do that.  He planned to plow right through the Franks and head straight for the riches of Tours.

Abdul Rahman stayed for six days in the same spot.  He waited for his men to come in from the surrounding area and waited to see if the Franks would be foolish enough to charge his position.  He rather hoped they would, that this Charles would lack the patience the other Germanic people he faced had lacked.  But Charles stood his ground, and his men, used to the cold October winds and rain, made no complaint.

By the third evening, Abdul Rahman called for the madman.  “What do you make of the fires in the hills,” he asked.

Abd al-Makti’s eyes got big, and he muttered nonsense for a minute before he shouted, “Spirits in the night.”  He looked like a broken man and laughed like one as well.  “The hills are full of ancient and powerful spirits, and they are against us.  They are all against us.  I have the power to drive them off, but when I grow tired, they come right back.  They always come right back.”

“I cannot deny what he says may be true,” one of Abdul Rahman’s generals spoke up.  “We send scouts into the hills, and they do not come back.  We send a troop, and they believe there are Frankish soldiers in the distance, drinking and laughing around the fire, but they ride to the firelight and find nothing there when they arrive.  There is not even an extinguished fire.  It is like they are chasing after ghosts.” 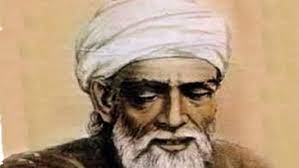 Another man stepped up, one from Septimania.  “I have heard this mad man speak of a woman since the day he arrived in Narbonne,” he said.  “I have never discovered the identity of this witch, but apparently, she is with the Franks.”

“Witchery from the Franks would not surprise me,” Abdul Rahman said.  “But I am not a superstitious man.  We ride in the name of Allah, by the Holy Prophet.  We will be strengthened, and the victory will be ours.  Bring me some of the Franks from the hills,” he ordered, and for three more nights, men went out, and while they saw the fires in the distance, they never found one, and sometimes the men never returned.

By the sixth evening, Abdul Rahman’s men were up to full strength of forty thousand.  Roland, Lord Birch and Charles all judged that the Saracens would attack in the morning.  They got their men ready, and Odo came up with a plan to ride around and attack the Muslim camp with his horsemen, and any that Charles could spare.

“I cannot spare any,” Charles said.  “But the idea does have merit.”  He had no idea that before the light dawned on the seventh day, Margueritte, Calista, Walaric and Pippin lead a thousand of their veterans on horseback from Tours and traveled by secret elf ways to the battlefield.  It would still take them most of the morning to arrive, but Larchmont’s messenger told her what Odo proposed, and Margueritte also thought the idea had merit.

Abdul Rahman sent his heavy cavalry first thing to clear the road.  True, they had to ride up hill and through trees so they could not build up to a good charge, but they were experienced at moving through all sorts of unfavorable terrain, and they quickly came to the Frankish line.  The Frankish archers hardly slowed them.

The Franks, to the great surprise of the Muslim cavalry, stood like a stone wall.  As horses crowded against each other, the men on their backs became easy targets for Frankish spears and javelins.  The Franks were supposed to break and run away, like all barbarians did, but the Saracens instead began to fall in great numbers.

One Muslim commander held back to judge where Charles would most likely be.  He led a concentrated charge on that spot and almost broke through.  For a few brief moments, Charles got exposed.  Three men on foot, one of whom was the commander, having lost their horses, faced Charles, and thought the day was won.  Charles pulled Caliburn and easily sliced the first man across the middle.  The second man, the astute commander, parried Charles’ sword, so Charles did what he had been told and thrust—an utterly unexpected move.  Caliburn sank deep into the man’s chest.  The man knew instantly that he was dying, but he grinned as his hands grabbed the sword.  His fingers and thumbs got cut off, but he yanked the sword right out of Charles’ hand as he fell.  The third man smiled, thinking he had Charles trapped, but Charles called.

“Caliburn,” he said, and the sword vacated the commander’s chest and flew back to Charles’ hand.  The third man, wide eyed, turned and ran away as Tomberlain, Roland and a dozen veterans came to drive off the rest.  To be sure, Ragenfrid’s elder sons, Bernard and Adalbert were in the front of the line to rescue Charles.  The Franks closed-up the gap, and that one man running away started the retreat.

With his heavy cavalry beaten back, Abdul Rahman realized that this would not be as easy as he supposed.  He took nearly an hour to think about it, while Charles, Roland, Tomberlain, Owien, Wulfram and all of Charles’ commanders and sergeants, and eventually all of the Frankish nobility shouted.

“Hold the line.  Archers to the front.  This isn’t over. The battle has just started,” and many encouragements to get the men ready.  Hunald also picked up the yelling, and it helped his men.  The men of Aquitaine were shaking and might have broken if not for the courage of the Franks beside them.

This time, Abdul Rahman thought to send his light cavalry.  He had fifteen thousand to send, and he figured they would wend their way up the hill and through the woods better than the heavily burdened cavalry he normally depended on.  Many of the light cavalry were Berbers who rode smaller, more agile horses, almost ponies, and they did not need as much ground to get up a good charge.

The Franks, however, were just beyond bowshot of the trees.  While the light Muslim cavalry had practiced at shooting bows from horseback, they could hardly draw a bead on the enemy when the minute they popped their heads out of the trees, they got shot.  This kept them from even getting started in any sort of charge, until one commander forced them forward.  They were not going to ride in and out of range and hit the Franks with volleys of arrows, at least not without being hit in return, so they drew their swords and attacked.  Again, the Franks were unmoved, and while these smaller horses did not get tangled up the way the big horses got in each other’s way, the toll on the Muslims became even more devastating.  Wulfram had been right as far as it went all those years ago.  In circumstances, such as close quarters, the man on foot had the advantage in being able to move, bob and weave.  Plus, these lighter cavalry men also had lighter armor, where the Franks had solid armor, mostly chain, that could stand up to many sword thrusts and even arrows.

It did not take long before the Muslim light cavalry called it quits and went back down the hill to rest.  Abdul Rahman gave them an hour and felt astounded that any barbarian army could stand up to such an awful beating.  He was not aware, though his commanders were, that Rahman’s forces were the ones getting the worst of the beating.

Abdul Rahman put his armor on and had his horse saddled.  He intended to end this and planned to throw everything he had at the Frankish line, including nearly ten thousand men on foot, to follow the horses.  That would leave only two thousand to guard the camp, but he was not thinking at that point about guarding the camp.  He got angry and stomped around like his personal honor was impugned.  How dare these Christians stand in the way of the armies of the Prophet.  He would crush them and kill them all.  As he mocked the barbarians for being impatient, one might say he became equally guilty of arrogance.  Pride, after all, is the first sin, and Abdul Rahman had plenty of it.