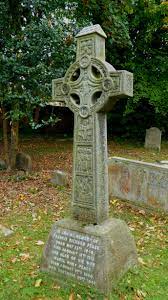 Brianna was the first person buried in the yard set beside by the new church.  They laid her right next to the church where she could be near her husband, and Margueritte had a passing thought to wonder how quickly the yard might fill if Ragenfrid showed up.

Childemund finally remembered where he had seen Rolf in Paris.  The man was a petty thief at least twice brought before the magistrate.  He did hang around with a gang of thieves and pickpockets, but Childemund could not say there were twenty-three.  And he could not imagine what would send such a man on a suicide mission, to attack the castle and all.  When he saw the man in Paris, he rather imagined the man to be a coward.

Margo cried, but not like the girls.  She commented later that now she would have to be the grown up.  She did not sound too happy about that, but Rotrude assured her that it was not so hard.  She had sisters to help, and that was more than Rotrude ever had.  Rotrude also said the yard where Brianna got buried was lovely, with a few trees for shade and a view of the grotto where the sheep passed on their way to the fields to graze.  She said she would like to be buried in just such a place, but after the service, she had to go back to her room to rest.

Count duBois brought three hundred men from the northern march to the castle on the tenth of May.  He said they encountered advanced units from Ragenfrid’s army and had to fight their way through.  He only had thirty men, his personal retinue on horseback, and Margueritte felt disappointed, but it was better than she expected.

“I would say Ragenfrid is trying to move men in secret to surround your town and castle,” duBois reported.

“I would say he won’t be able to do that,” Margueritte responded.

DuBois did not understand.  He looked to the men, but they looked to Margueritte.

“I have people in the forest of the Vergen, on the Breton border, and people in the fields and trees south of the village, on the edge of the Banner.  They will watch day and night, and Ragenfrid’s men won’t go there, especially in the night.  We are not Cologne.  We are not a big city with big city walls, but Ragenfrid will find it impossible to cut us off from fresh food and water.  He will not be able to starve us into submission.  He will have to fight.”

“If his army is as big as Larchmont and his, er, men have reported, and I do not doubt that it is, he may not have to fight very hard or very much,” Walaric said.

“What are we talking about?” duBois wanted to know.

“The report says a minimum of eight thousand, and maybe ten.  With your men, we have fifteen hundred, but a third of them are untrained boys,” Peppin said.

“What?” duBois looked astonished they were even talking about making a defense.  “And I suppose a few hunters and farmers are going to keep that force from surrounding us and choking the life from us.  I hope you have a plan for negotiations.”

Margueritte nodded as three women came into the Great Hall.  Rotrude came to the table and sat.  Margo took the seat beside her, and Elsbeth came to stand beside her sister.  “I plan to negotiate Ragenfrid’s unconditional surrender.”

“You are crazy,” duBois said.

“Now hold on,” Childemund interrupted.  “Let us remember what the Lady Brianna said, God rest her.  Let us see what Ragenfrid has in mind before we go and surrender ourselves.”

“And a wise and wonderful lady she was,” Rotrude added, and Margo nodded.

DuBois stood up straight and looked again at the men in the room before he looked at the women.  “Don’t tell me, these are your personal Amazon guard.”

“Hardly,” Margueritte laughed, so the women and Peppin joined her laugh.  “I have Melanie and Calista for that.  The two elves that had been sitting quietly in the back, stood and found bows in their hands, weapons duBois had not seen when he came in.  “They have a kind of contest going on, and right now they are tied on how many of the enemy they have killed.  But you should know who it is that is defending the forest and south of the village.”  She looked at Margo who took Rotrude’s hand.  Rotrude had already been introduced to the fairy lord, Larchmont, and was delighted to find Melanie and Calista were house elves, but it was still a bit of a shock for the newly initiated, so Margo took Rotrude’s hand and Childemund and Walaric stood close to duBois to keep him steady in case he wanted to run away or do something stupid.

“I have no desire to keep secrets from my commanders, including Larchmont.”  Margueritte looked up. “Larchmont, you can come down now, please.  The Count duBois needs to be let into the circle of knowing.”

Larchmont fluttered down, offered a regal bow to Margueritte, and a nod to the others.  “It is an honor, lady, to be in such fine company.  I believe when Count Michael and King David arrive, we will certainly best the enemy, no matter his numbers.”

DuBois jumped on the sight, seemed frozen as he watched the fairy descend, and looked startled when the fairy spoke.  He clearly looked spooked.  It became a fight or flight situation, but then he appeared to change his mind as he spoke.  “So, it is true.  You are a witch to whom even the spirits of the earth must give answer.”

“I am not a witch,” Margueritte stomped her foot, and several others echoed her thought.  “I haven’t got a witchy bone in my body.  Elsbeth here has more witchery in her than I do.”

“You country girls,” Rotrude smiled and dismissed them as she turned her eyes and thoughts to Larchmont.  “Still, it is remarkable how this gentleman, and the kind ladies love you so dearly.”

“And you, sweet lady,” Melanie said.

“We love you, too,” Calista agreed.  Rotrude found a tear, and Margo comforted her.

“Meanwhile,” duBois said, back to business.  “If you have the forest covered, as you say, then I believe you about keeping Ragenfrid out.  But if he has ten to one odds he may not have to encircle us to crush us.”

“Don’t underestimate my sister’s devious mind,” Elsbeth said.  “She has resources,” but she knew not to say any more.

“And who are you?” duBois obviously felt the need to object to something.  “I understand the non-witch and her fairy friends, but why are these women in this war council?”

“Forgive me.  My manners,” Margueritte said.  “My sister is the baroness of this corner of Anjou and Lady of this Castle if my brother has any sense.”

“Hey,” Margo wanted to object, but Margueritte cut her off.

“Margo is Countess and Marchioness of the Breton March, and by treaty, your overlord.  And I heard you and Tomberlain talking about Laval.”  she turned on Margo.  “I believe you said it is a little city but at least it is a city.”  Margo reluctantly nodded.  “And this fine lady is wife of Charles, mayor of all the Franks.”

“What is more, Charles’ children are running around this castle even now with our children getting into various levels of trouble.”

“So you see, defending this place is the only option.  We cannot let these ladies and their children become bargaining chips against Charles and against the Frankish nation.

DuBois had a change of heart and he spoke.  “Ladies, my men and I will defend you to our last breath.  May it be when we are old and comfortably in bed.”

Walaric smiled.  “I think he has got it,” he said.

Ragenfrid arrives with an army of thousands.  Since surrender is not an option, battle plans must be made. Until next time, Happy Reading 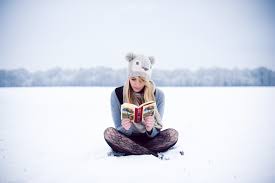