Charles marched his army in their units to Cologne, rather than soldiers strung out for miles along the road.  Any stragglers were met with a swift boot.  He found some older men among the Austrasians and Neustrians who fought with him or for him when he fought for his father.  They knew him and believed to a man that he should be Mayor of all the Frankish lands in the place of his father.  These veterans were given the responsibility to integrate the new men and the Neustrians who pledge themselves to Charles, and by the time they arrived at Cologne, Charles had a working army of more than fifteen thousand.  He thought to himself if he could get a good grip on Neustria and he could hold Burgundy as well, he might double his numbers.  That would be an army to reckon with.  But he kept that thought to himself for the time being.

Charles asked first to speak to the city fathers in Cologne.  He told them straight out if they resisted, he would kill them all.  If they let him into the city and turned over Plectrude and her son, they would live.  “I am not Ragenfrid.  I am not here for treasure, to be bought off.  And I am not Chilperic, claiming rule where I have no authority.  You knew my father, and I have Austrasia supporting me.  I would like to have the support of Cologne.  I would rather not burn your homes to the ground and kill your families, but the choice is yours.  Life or death?”

“A little harsh, don’t you think?”  Margueritte complained when Roland told her what Charles said.

“It worked.  I think Charles feared they outlasted Ragenfrid and paid him off.  They were maybe overconfident.  He wanted to be sure they understood that this was a completely different situation.”

“But he slammed them with trebuchets and boulders from catapults.  They got holes in their walls and some crushed houses before they had a chance to surrender.”

“He gave them until sunup and kept the deadline.” 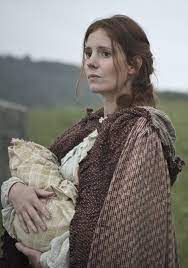 Margueritte fell silent.  She considered her life.  Festuscato reached out to Merovech, father of Childeric, grandfather of Clovis, the first and greatest of the Merovingian kings, as they were named after the grandfather, Merovech.  Clovis would one day rule over all of Gaul.  He became a great and powerful king.  How sad to see his descendent, Chilperic II, reduced to a figurehead while other men fought over the land.  Margueritte prayed for peace in the land, and she thought if the Merovingian line had finished, maybe some new leader could take over and bring peace. She believed in Charles.

She recalled there was a Charles that was important to the Franks somewhere in history.  Sadly, the next hundred years or so always appeared shrouded in shadows of uncertainty.  The further she looked into the future, the clearer history became, but for the present, it made her God-given job of keeping history on track impossible, not knowing what tomorrow would bring.  She normally lived with a deep fear in the back of her mind that she would mess up and irrevocably change the future.  Then again, it helped her stay human, her own person, in her own time and place.  In this lifetime, she was wife of Roland, Viscount of the Saxon March, mother of Martin and maybe more children, and she smiled at Roland.  He had no idea what she was smiling about.

Margueritte argued mightily for Plectrude and her son.  After a time, Charles gave in, or he simply got tired of hearing it.  As a result, Charles made peace with Plectrude and her son, his half-brother.  They would retire to a quiet, private life and live.  They acknowledged Charles as the rightful Mayor of the Franks in front of many of the Austrasian nobility, so there was no taking it back.

Charles took that surrender as the end of the Ragenfrid chapter as well, or it would be soon enough, and now he needed something to counter the claim of Chilperic.  He sent to Metz, and in the same way Daniel-Chilperic got fetched from a monastery, Charles got Clothar, a nephew of sorts of Theuderic III, and had him proclaimed Clothar IV, King of Austrasia.  It was all show, but important show.

Now with the support of the nobles and royal blessing, Charles drilled ten thousand men until they cried.  In the early spring, he raised an additional five thousand militiamen by levies and marched his men for the second time into Neustria.  He made his point at Vincy, the first battle in Neustrian territory, but since then he got no word from Ragenfrid or Chilperic.  They did not offer to discuss peace or to find an equitable solution to their differences.  They did not even send him a threatening message, as Margueritte said.  Thus, Charles decided the time came to end this.  He marched on Paris, but he doubted he would get that far.

Charles was right.  He only got as far as Soissons before Larchmont brought word that Ragenfrid and Chilperic were coming out to meet him, and they had indeed enticed Duke Odo of Aquitaine to join them.  Odo’s force seemed small, a token of three or four thousand men, but it was enough to make the sides more or less even, and Ragenfrid overall had more horsemen. 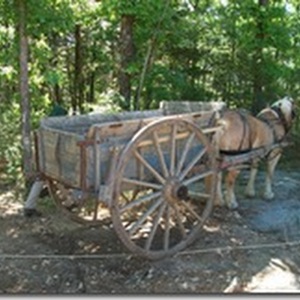 Charles had figured this, planned for it in advance, and set his troops, again taking the advantageous ground for his army.  He had his militia to gather food for the veterans and to hold the camp so his seasoned and trained fighters could all be in play on the battlefield.  The enemy would have to come to him and fight on his terms if they had any hope of driving him out of the country.  In fact, Charles planned things so well, he even paid an innkeeper just outside of Soissons in advance to take Margueritte and her women.

“You will be safe here,” Roland kissed her.

“Sorry you won’t be able to critique my performance,” Charles said, and he did not sound sorry at all.  He turned to ride off.

“Really,” Roland said.  “I worry about you and Martin.  I want to be sure you are safe.”  He turned and galloped off to catch up with Charles.

“That was nice of him to think of us,” Mother Mary said.

“Maybe we can help-out around here and get some of the money back,” Rotunda suggested.  She liked money almost as much as she liked eating.

“If the innkeeper is cute or has a cute son, I could volunteer to help-out,” Relii said with some cheer in her voice.

“You and Festuscato,” Margueritte said, without explanation.  She had Martin up on her hip.  Sigisurd kept making faces at him and he kept hiding in his mother’s shoulder, like in the last month he suddenly got shy.  He turned a full thirteen months old, but now Margueritte started feeling sick again in the morning.  But this time she did not say anything to Roland.  He had enough to worry about.