Gerraint lead the group back to the very back room where the hole was located.  He went through first, and the others followed him into the dark.  Day or night did not matter in what Enid later described as something like a grave. Fortunately, the so-called natural lighting of the dark elves helped.  When they arrived at the turnoff for the barn, they found two soldiers who gave the all clear.  When they arrived at the stables, Dyfyr stood there with two others.

“Dyfyr, old man.”  Gerraint grabbed the man.  “You need to come with us.  We are going to visit your wife.”

“She will be pleased, totally nervous, but pleased.”  Gerraint understood, but he knew Dyfyr’s house and table were big enough.  They had to be to fit all those children and grandchildren.  “I need to go now.  I have to help with the horses.”

“No.”  Gerraint did not let Dyfyr go.  “You, and maybe your sons need to help set the town defense.”

Dyfyr looked up into Gerraint’s eyes.  “Is it as bad as that?”  Medrawt had ignored the town because it seemed big enough to be a pain to take, but not big enough to pose a threat.

Gerraint nodded.  “It will be, and there is no telling who will come out on top, but if Medrawt succeeds, you need to set a defense against rampaging Saxons and Scots.”

Dyfyr joined in the nod and turned to the man next to him.  “Tell my sons they can help their father or follow the Knight into battle, their choice.  When the horses are all taken, tell any leftover able-bodied men who are not needed at the barracks to come and see me.”   He turned to Gerraint.  “Lead on.”

By the time Gerraint got the women settled in Dyfyr’s house, he could hear the sounds of battle beginning.  He got up to get to his horse, but Enid blocked his way.  “It is your Christian duty to stay and keep us safe.”

“Dyfyr and his sons are more than capable.”

“No,” Gwynyvar got up to join Enid in a sign of support.

“But I can’t protect Arthur if I stay here.”

Gwynyvar hesitated before she said, “No.  If we need to flee, you are the only one who can get us to safety.”

“You are the only one who can call on Pinewood and Deerrunner and whoever else might be needed to get us out safely,” Enid added.  “Besides, you have the Danna, and Nameless in you.”

“You know it doesn’t work that way,” Gerraint protested, but he did not explain if he protested about the use of the little ones, or the use of Danna, or simply the idea that Danna was somehow in him—she lived in the past, in her own time and place, not in him like next to his liver.  The women would not move, and Gwynyvar’s handmaids brought two chairs so Enid and Gwynyvar could sit in the doorway.  Then the handmaids went to stand in front of the two windows in case Gerraint decided to get clever.

Gerraint looked at Coppertone, who cut things up to go on the cooking fire.  Her eyes got big, too big for human eyes despite the glamour of humanity, but she said nothing.  Belle caught his eye and spoke.  “You are the only one.”

Gerraint threw his gloves to the table and grumbled.  “There can be more than one.”  They heard a flurry of activity out in the yard, and Gerraint thought of Lancelot, still a day away as far as he knew.  “Damn bitches,” he called them, hoping to shock them, but Enid and Gwynyvar just shook their heads and refused to move.  “At least let me help see to the defense of the town.”  He got frustrated.

Enid and Gwynyvar looked at each other, and without a word they stood and pushed their chairs back from the door.  They still blocked the door and Enid spoke.  “Only if you take us with you.  You decide how much danger you want to put us in.”

Gerraint did not argue.  He stepped to the door and Enid grabbed his arm.  Gwynyvar walked on his other side to box him in.  “Dyfyr,” Gerraint called.  There were men bringing in weapons and saddling horses all up and down the street.  Dyfyr was not far, and he came up with information.

“We decided the only way to defend the town is to help Arthur win the battle.”

Gerraint saw Morwen down the way, barking orders to several soldiers from the fort.  He saw a man bringing up two mules.  They would be hard to ride into battle.  He saw another man with an armful of spears, and what was likely his son behind him carrying farm implements, hoes and the like.  Probably the blacksmith. He turned to Dyfyr 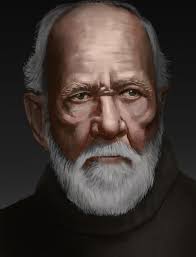 “Five sons and sons-in-law,” Dyfyr said, and turned to call.  “Brenden.  Fetch the boys and bring them here.”  The young man ran off while Gerraint looked to the side of Dyfyr’s home.  His and Uwaine’s horses stood quietly grazing on the little grass that grew there and ignored the mad activity going on around them.  They were soldier’s horses, used to the clank of weapons and men running wildly and shouting at each other.  It would not disturb their breakfast.  Gerraint saw his and Uwaine’s equipment also untouched, under the small awning where it would be protected from the rain.

“Forget it,” Enid said and tugged on his arm.  Gerraint looked once at Gwynyvar and wondered what she would think when he told her about Lancelot.

“Two things,” Gerraint got right to it, as was his way.  “I need you five for a special assignment.”  He looked again at Gwynyvar but spoke to the boys.  “I need you to ride to Christchurch, the port next to Bournmouth.  Lancelot and two thousand men from Amorica are coming to Arthur’s aid, but I don’t know when they may arrive.”  Gwynyvar put her hands to her lips in surprise.  This became hope and help, if Lancelot could get here in time.  “Your scarf,” Gerraint asked Gwynyvar and held out his hand.