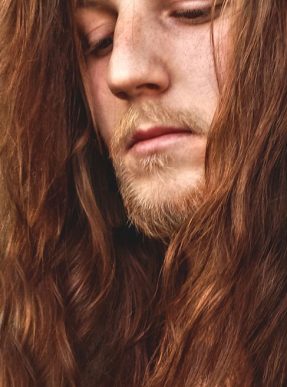 After two weeks, it became clear Festuscato would be there for a long time.  He spoke with Thorismund once; more of an interview where Festuscato hardly got to say anything.  He figured Thorismund felt the need to justify his actions and did not want to hear anything contrary.

After a week, he figured his troop should be in Narbonne, contracting with a ship and safe.  The Visigoth kingdom did not claim Provence or Septimania, so they had no access to the Mediterranean and could not follow Gaius, Dibs and Felix.  With that worry off his mind, Festuscato came up with a daft plan, as the Brits would call it.

Fangs the goblin enjoyed his time chasing all the bats, rats and spiders when Festuscato slept.  Heather could hardy bring herself to look at him at first, and Clover did his best to hold and comfort her, which was all she really wanted.  Ironwood stood up to the goblin, but even he did not look too steady, and it made Fangs chuckle.  The goblin seemed really a nice person, who for once did not mind being called a goblin.  Unlike so many others, he did not insist on the term dark elf in mixed company.

“So, what do you think?” Margueritte said, as she adjusted the fairy weave apron to be a little longer and then turned slowly around.  Heather kept her eyes on Margueritte but smiled at her handiwork in shaping and coloring the dress to just the right sort of drab. 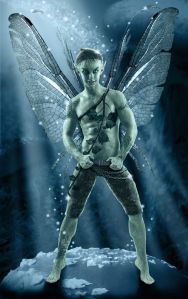 “You look the very image of a Gallo-Roman washer woman,” Fangs encouraged her.

“You are still too young and pretty,” Ironwood said as he flew once around her in the opposite direction.  He showed what he meant with his hands before he said, “And too shapely for the sorry old women who clean around the castle.”

“No, not now,” Margueritte responded.  “I’ll think about it.  Right now, I have to practice.”  She screamed, frowned, and tried again.  She tried several more times but stopped when they heard a loud bang on the door.

“What is going on in there?” Gormand shouted through the door.  He caught a glimpse of the goblin one time and never opened the window in the door again.  He slipped the food through the hinged board at the bottom of the door, but never looked.  Fangs enjoyed the slop, so Gormand always got the tray back with the food eaten, and that was all he needed to know.  Festuscato, of course, dined well on the goodies the fairies pinched from the kitchens.

Margueritte made no effort to disguise her voice.  “I’m practicing, what did you think?”

“Well, you better straighten up,” Gormand said, apparently not batting an eye at the evident female voice.  “I got word Euric, the younger son wants to see you.”

“Here they come.” Gormand banged once more on the door and everyone had to move fast.  Clover and Ironwood had to get the bucket and scrub brushes to place strategically when they got the word.  Heather had to get the gnomes to check on the horses.  Fangs had to walk through the walls and think directions for the fairies, though they would wait until the return trip to set the trap.  Margueritte had to go away so Festuscato could come back in his comfortable clothes and be waiting.

Two soldiers came in to fetch him.  Two others stayed outside with Gormand, of course, who wanted nothing to do with what went on inside that cell, even if everything looked perfectly normal at the moment.

“Lead the way,” Festuscato said, kindly.  “I haven’t met Euric.  I am looking forward to it.”

The soldiers were prepared to bring him roughly, if necessary, but his eagerness to see Euric made their job easy.  They walked, two soldiers out front and two behind, with Gormand following in the rear.  They passed through any number of halls before reaching Euric’s quarters.  They passed several of the cleaning crew on the way as well, so everything seemed set.

Young Euric tried to be sly in his pleasant conversation.  He thought he was so smart.  Festuscato stayed frustratingly pleasant and offered no information at all until the end.  When he got dismissed, he looked at the younger son and stated, “Right now you don’t have the political or military skill to succeed.  You could learn a lot from Aetius.  You won’t learn it from me because I am going home to eat oranges.  Just one word of advice.  Don’t move until you are ready.”  Euric stood with his mouth open.  He tried to be so cunning, but Festuscato showed that he had been utterly transparent.  He had no answer when Festuscato left.

Festuscato caught sight of the bucket in the middle of the hall.  When they came alongside the bucket, he did a quick bob and weave, instantly traded places with Margueritte dressed in her washer woman garb and she screamed.  The bucket got tipped over, the soldiers shouted, and she flung herself into the arms of the two soldiers who were following and paying a modicum of attention.

“What a rude man!” she shouted.  Her eyes pointed in the direction opposite the way she would be going.

“Where did he go?” the men all shouted.  Gormand said nothing.  Perhaps he recognized the scream.

One of the soldiers grabbed Margueritte roughly and shook her.  “Where did he go?  Margueritte pointed in the direction she had been looking, and the soldier threw her roughly to the floor.  “Come on.”  The soldiers raced off down the hall.  Gormand put his hand out and helped Margueritte to her feet.

“Don’t mind them,” Gormand said, with a grin that appeared almost distasteful.  Truly she was too young and shapely, as Ironwood said, but she counted on the soldiers not giving her a good look.

Margueritte took a step back and smiled for the man.  She gave him a most graceful curtsey, a sign of her good breeding and something no real washer woman could imitate.  Then she picked up her now empty bucket and scrub brush and walked away from the way the soldiers went.  Gormand might have said something but choked when two fairies flew up.

“Clover, please go check and see what horse Heather picked out,” Margueritte said.  “Ironwood, you may sit on my shoulder.”

“Yes, Lady,” both fairies responded before doing what she asked.  At the same time, they heard Gormand running away as fast as he could.

Getting out of the dungeon is not getting home. There is trouble on the road, and maybe a little romance.  Until next time, Happy Reading