Diogenes caught a glimpse of who stood in the courtyard.  He changed to Gerraint as soon as he got through the window and finished helping Enid and Guimier down.  Gerraint gave Guimier a fatherly kiss, and kissed Enid like a faithful husband and went away again so Danna, the mother goddess of the Celtic gods, could come from the deep past and stand in his place.

The first thing Danna did was make Coppertone, the pixie stop fluttering around the courtyard and change into her big form.  She turned from a two-foot tall clawed and winged harpy-like creature into a four-foot-tall matronly lady, a bit round, and with gray hair sneaking into her brown.  Danna found Belle, an elf maiden short of three hundred years old, and made sure her glamour of humanity was secure.  She thought to have Belle and Coppertone tend to their mistress and the princess, by which she meant Enid and Guimier.  Belle curtsied, though Danna was not there to see, she knew Danna would see.  Then she hurried to Enid’s side.  Coppertone went skipping along the side of the great hall, despite appearing far too old to skip like a little girl.

“Can’t take the pixie out of the pixie,” Danna thought with a smile before she spoke to the beauty that stood in the courtyard.  “Rhiannon.” 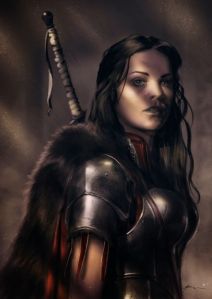 “Mother,” Rhiannon answered as Danna joined her.  “Coppertone flew all the way to the Lake of the Moon to find me, and I am glad she did.  Arthur’s soldiers have the fort again, and twenty-three prisoners.  But these three are the ones from Sussex making the guns and powder.”

Danna nodded.  She raised one hand and made a fist.  Those three disappeared, and no one asked where they went.  Lockhart, Katie, Percival, Thomas, Peter, and Tristam walked up from one direction.  Arthur, Gwynyvar, Bedivere, Guimier, Enid and her two handmaids walked up from the other direction.  Piebucket and Bogus the dwarfs walked up from a third direction.  The dwarfs had in mind to complain, but Danna pinched her fingers so neither dwarf could open his mouth.

Rhiannon made Odacer and Harwic appear.  Harwic was dead.  Odacer had a minute of life left.  “Gunter and Sven,” Danna called them by different names.  “We will meet again.”  Odacer said nothing.  He closed his eyes and died.

Rhiannon raised her hand and the wraith appeared, badly broken by the explosion.  “Mother.  What do you want me to do with this one?”

Danna did something before she explained.  “I have removed the compulsion of Domnu.  Lockhart, she will bother you no more.  I believe I will send her to Alice.  Alice may send her through the Heart of Time, back to her proper days.  Then Alice will have to put a hedge around the time gates and all the land between against the wraith, so the wraith cannot interfere with herself as she travelers through time, chasing after the travelers.”  Danna quickly held up her hand for silence.  “I don’t know if she can do that just yet.  The Storyteller is still missing, and things are still very confused.  Alice may need to keep the wraith in a safe place until that can be accomplished, but at least she will not bother you anymore.”  She looked around at the fort and generally at the sky as the wraith disappeared.  “Time flies,” she said, as the last of the sun sank into the west.

“Yes mother. I will be going over to the other side, soon, but there is one more.” Rhiannon tried to smile.

Danna did smile.  She kissed the goddess on the cheek.  “I know but be sure it is soon.”

Rhiannon found a genuine smile then and waved to the travelers.  “Good to see you all again.  Sorry, must run.”  She disappeared and took nearly all the little spirits with her.

Danna turned specifically to Boston.  “Be gentle with me,” she said, and went away so Gerraint could return to his own time and place.  Boston raced up, paused, and hugged Gerraint most gently.  He still said, “Ouch.”  He added, “And tell Alexis her services will not be needed, either on myself or on the wounded, dead, or dying in the fort.  I am sorry, but that is how it must be.  We fight our own battles and take our lumps as they come.”

“So we are learning,” Tony said, and the other travelers agreed.

“You will stay a few days before you move on?” Gerraint asked, and people nodded.  “The place is a bit of a mess right now, but Gwynyvar and Enid love Cadbury in the spring.”

Katie looked at the older woman that Gerraint indicated was Gwynyvar, and she got that groupie look in her eyes.  They all did a little on meeting Arthur, and Lockhart had the good sense not to say, “I thought King Arthur was a myth.”

Sir Thomas said, “So what was that all about?  What just happened?”

Percival turned to the Admiral.  “As I am sure Bedivere will tell you from years of following Gerraint around, sometimes it is better not to ask.”

The travelers spent a week in Cadbury watching Gerraint heal.  Gerraint sent Scorch and Spark home with his thanks, and the thanks of Arthur and Gwynyvar.  “Don’t forget us if you need to blowed up some more things,” Spark said, as they vanished.

Most of the little ones that came with Rhiannon, went home to the British highlands and the lake.  The dwarfs got to escort the Saxons back to Sussex.  “To put the fear of God in them?” Nanette asked.

“No,” Gerraint said.  “But it might put the fear of dwarfs in them.”

Sukki sat quietly, thinking about what she did in taking down the wall.  Nanette moped.  Katie and Enid, who had become quite friendly, both came to ask what was wrong.  Nanette did not want to talk about it, so Boston told, snooty little sister that she was.  “She is upset that Sir Thomas is taking all of Decker’s attention.”

“I am not,” Nanette denied it, but the women could tell.

When they got to the south coast, Sir Thomas gave them free passage across the channel.  Boston and Lincoln had determined that the time gate had to be on the continent.  “If not in Brittany,” as they called it, though Sir Thomas mostly called it Amorica, “Then right next to it.”

“Bad area,” Sir Thomas warned them.  “Back when; a man named Claudus took the Roman military left in Provence and Septimania and tried to reestablish so-called Roman rule in the provinces.  Truth is, he ruled under the Visigoths, and sometimes played the Visigoths and Burgundians against each other.  Then the Franks came.  Then the Ostrogoths came out of old Rome and settled things.  Provence, at least, came nominally under the Eastern Roman Empire.  Claudus thought that was great.  He took his army and tried to expand his territory.  The Visigoths, Burgundians and Franks did not budge, but Claudus managed to capture the Atlantique province, alongside Amorica and south to about Bordeaux.  Then he tried to take Amorica, and Arthur brought the army over to help his cousins.  Claudus was defeated and killed in the battle.”

“Move forward.  The Atlantique province is now tributary to the Franks, but the Sons of Claudus have gained power and are again threatening Amorica.  And the Franks are sitting back, watching, to see how it goes, because they have spent their forces for the time being driving the Visigoths south of the mountains, not counting Septimania.”

“And we are heading right into that mess,” Lincoln said.

“Not so bad,” Boston countered.  “We will only be there about a day inland.”

“We might go before they know we have arrived,” Alexis agreed.

“I know a port that is safe,” Sir Thomas said.  “At least it was safe last I heard.”

The port turned out to be safe enough, but the travelers had to wait in the port for three days until Lancelot showed up with three hundred men on foot.  They would be escorted to the time gate and left in the morning.  Around noon, Lancelot, who rode in front beside Lockhart and Katie pointed to the trees off to their left.

“The lake,” he said.  “What the Franks call Dulac.  It is where the Lady of the Lake had her residence and held court.  She trained me to the sword as she trained my son, Galahad.”

Katie nodded.  “She has moved to the British highlands and the Lake of the Moon.  She says she has one more to train.”

“How would you know this?” Lancelot asked.

“Sometimes, you just have to trust,” Lockhart said, and Lancelot accepted that. 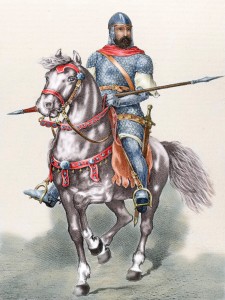 Later that day, Lancelot admitted that things were not going well.  “Bohort and Lionel are backed up to the west coast.  The King’s city is besieged.  I will be going with Thomas back to Britain to try and raise an army.  The Sons of Claudus with their Frankish help have wasted the countryside, slaughtering whole villages.”

“I wish you well,” Katie said.  “Maybe Arthur will help.”

Lancelot shook his head.  “Arthur will not prevent me from raising men at arms, though I hope they bring their families to repopulate the land.  But Arthur says he is getting too old for foreign adventures.”

That ended the conversation.  Alexis kept talking about how lovely the spring was, but Sir Thomas and Lincoln were almost as morose as the three out front.

They camped that evening before the time gate, in an open field on the edge of a great forest.  They stayed quiet most of the evening and took advantage of letting Lancelot’s men take the watch in the night.  The following morning, Sukki asked a serious question.

“How much longer do we have to travel?”

“Are we there yet?” Boston said, with just enough whine in her voice to make Lockhart chuckle.

“As I count it,” Lincoln said.  “We have twenty-four more time zones to go.”  He waved to Lancelot and Sir Thomas and paced the mule as Tony drove and they disappeared in time.

Having read the travelers’ encounter with Arthur, the Pendragon, and before that, their encounter with Festuscato and the Vandals in Rome, it is only right to share the stories of the Kairos from those same days.  First, to see how Festuscato gains the trust of both the Pope and the Empress, not to mention how he gained a wife.  Then, Gerraint in the last days of Arthur leading to his final battle, when all is lost.  Beginning Monday. 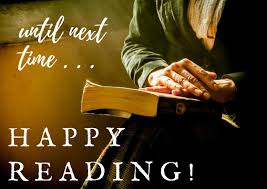