The group took the Genii back to the camp for supper.  Katie shot an Oryx earlier in the day, and Tony did his best to cut it up for the fire.  Alexis and Nanette cooked while Sukki watched the camp and Elder Stow worked on his repairs. They were all surprised to see Djin, but not terribly surprised, since they all agreed several days earlier that he was keeping an eye on them.

They still had some dates and wild grapes to supplement their meal.  They also cooked up some potatoes and onions they got in the last village they traveled through.  It was not a bad meal, though Djin had a suggestion.

“Too bad you are out of Baboon territory.  Have you ever had chilled baboon brains?  Delicious.”

People temporarily stopped eating, until Boston spoke.  “We were saving those for the Baboon zombies.”

“More grapes?” Alexis offered them to Djin before he asked about the zombies and got any ideas.

All in all, they had a pleasant supper. 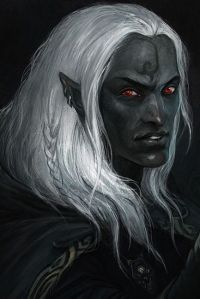 Djin did confess one thing.  “The hedge of the gods that surrounds you people is most interesting.  When I attended other duties, but had one eye on you, as it were, I sometimes heard only garbled noise instead of speech, and even your lips looked twisted so I could not read them.  I could not even tell what language you were speaking.  I tried being invisible and standing right next to you, but still found some of your comments unintelligible.  Can you explain?”

Katie explained.  “We are from the future, as you know, and sometimes we talk about the future, or make references to the future.  The gods felt that information was too dangerous to be made public.  Obviously, humans are not very good at keeping secrets, so the gods made the hedge to make sure any future talk would not leak out.”

“So, no matter what, I will not be able to discern any knowledge of the future from you,” Djin concluded.

Alexis grabbed his hand and gave Lincoln a look that shut his mouth.  “What my husband means is Nanette and Tony are from the future a hundred and five years behind us in time, yet they have heard our conversation about things a hundred years after their time.  They might not have understood all the references, but the hedge has not made our words unintelligible.”  She smiled for Lincoln who nodded and kept quiet.  “I don’t believe the gods imagined this possibility.”

“It is true,” Nanette said, and then barely kept Tony from giving an example.  She had picked up on Alexis’ concern about not revealing the fact that as long as Djin is with them, in person, and they know it, he can hear everything they say, even if it is about the future.  Alexis, at least, imagined them becoming prisoners of the Genii and forced to talk about future things.  The others seemed to get it, or at least Katie kept Lockhart quiet.  Sukki almost said something, but Elder Stow distracted her, saying he needed help with something.  He took her in among the horses and told her to keep quiet. 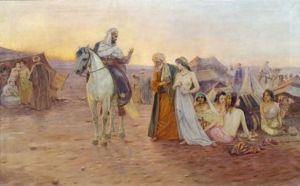 When Djin left, the travelers kept the watch in the night, and in the early morning, rode to Bahati’s camp.  They wandered through the refugees, pointing to different groups according to the way they dressed and the way they housed themselves, though Lockhart said he had a hard time telling one tent from another.  They arrived on the edge of the army camp and got stopped by a group of armed men.

“We are friends of Bahati and have come to pay our respects,” Katie tried.  The men said nothing.  They merely pointed their spears at the travelers and waited.  After a time, a young, large African woman came to the edge where the soldiers stood, and she smiled and spoke.

“Lockhart.  I expected you when the city exploded and sank into the sand.”  She opened her arms and said, “Boston,” but by the time she finished her name, the red-haired streak of light raced around the men and spears and landed in Bahati’s arms.

“You are a big woman,” Boston noticed.

“You can say fat,” Bahati responded.  “That word is true and allowed in this day and age.  We haven’t gotten politically stupid yet.”  She waved for the travelers to follow her and stepped over to one of the soldiers.  She hit him in the arm, hard.  He grimaced and rubbed his shoulder while he gave the order for the others to lower their weapons.

As they approached a group of large tents, they saw several unhappy Arabs stomp out of one extra-large tent, mount their camels, and a couple of beautiful looking horses, and ride off.  They did not appear satisfied. 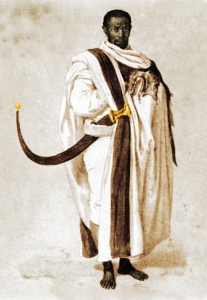 “Semka,” Bahati called.  A good-looking young man, not nearly as dark as Bahati, came from the tent and offered Bahati a kiss.  “Trouble?” Bahati asked, and the travelers listened in.

“The Hanifa and Tayy will take what remains of their people north, out of the Rub’ al Khali.  They have agreed to stay on the east side of the mountains where they have already settled and will not invade the Hejaz.”

“They did not look happy,” Lockhart noted.

“I am sure the Tayy were looking to enlarge their herds running the west side of the mountains, but that might cause future problems in the Hejaz.  Likewise, the Banu Hanifa are farmers.  They have many small villages in central Arabia, but the land will only produce so much, given the current state of agriculture.  The Hejaz has much good land.  I am sure the Hanifa would like to spread out into the area and think the influx of so many may otherwise strain the local resources.  But again, that would cause future problems in the Hejaz where a certain nameless person will be born and begin, if you know what I mean.”

People nodded, but Lincoln had to ask, but what happened to cause this sudden migration?”

Bahati smiled and waved her hand liberally at the refugee camps.  Most of these people are various clans of the Kindah tribe.  They will resettle on the north edge of Yemen—Himyar territory.  Himyar is tributary to Aksum, as is Seba, but mostly independent.  Most of the rest here are Hawazan tribe.  They will be allowed to settle the southwest of the Hejaz where they already have a presence.  Taif, the town that you went past, is a Hawazan town.”

“Are we going to stay out in the sun and talk all day?” Semka asked.  He smiled at the strangers, but clearly trusted Bahati completely. 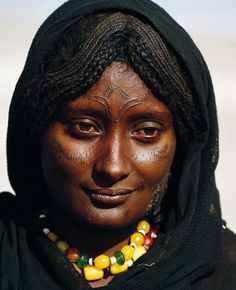 “Of course,” Bahati raised her voice nice and loud.  “Maharash.  Take care of the travelers’ horses, mule and wagon.  And there better not be anything missing.  Tebinah.  Bring the refreshments.  We have much to tell before the travelers move on.”

“Come,” Semka said, and led the way into the tent.

Nanette caught up to the front because she had a question.  “How is it that you, a black woman, should be in charge?”

Bahati smiled and hugged the girl.  “Semka is in charge with me, though he says I am really the one in charge because I am the best man for the job.  Trust me, being black and being a woman has nothing to do with it.  You have got to get that out of your mind.  I believe you can do anything if you set your mind to it.”

Nanette nodded.  “My head understands, but my upbringing makes it hard.”

“And what does your heart say?”

Nanette looked back at Decker.  She did not have to say anything.

The tent proved roomy enough for everyone to sit comfortably on cushions while servers brought in food and drink.  Only Bahati and Semka sat with them, so they all figured it was safe to talk openly about future things.  Of course, the first thing people asked was what happened?

“These people are refugees, as you guessed,” Bahati said.  “Ubar was the capital of the ‘Add lands in what you call the empty quarter.  It did not used to be empty.  It attracted many tribes, in and around the land.  You see, between four thousand and three thousand years before Christ, the old Indian god Dayus pushed the monsoons south.  The sun god.  He created the Thar desert, if you recall.”

“So, the rain came up the Arabian sea.  It mostly hit the Indus, up and into the Bactra area, where Devya eventually lived, though by Devya’s time, the Indus had already begun to dry again.  But during that thousand or so years, enough rain got diverted to Arabia to green the empty quarter.  It had lakes—shallow lakes, but lakes.  Then the area dried again, and the lakes dried up until about one thousand years before Christ.  About the time Varuna went into the sea and became god of the sea.  You remember, when Padrama and his Aryan people invaded India.

“I remember,” Boston said, quickly and loudly, so she could be the first.

Bahati nodded for her.  “Varuna pushed the monsoons south again, a condition that lasted until the dissolution of the gods, when the Christ was born.  The lakes in the Arabian Rub’ al Khali filled again and the ‘Add moved in and built a civilization on the Persian model, with some Greek influence.  They prospered for roughly six hundred years, and more so when trade with India, when the ships got good enough, began to come into Yemen and Oman.  Everything filtered through Ubar before crossing central Arabia to trade with the Parthians, and then, Sassanids, or up the Hejaz to trade with the Romans in Egypt, Palestine, and Syria.  Likewise, everything came back through Ubar before heading to the coast to take ship back to India.  And India, you may remember, was a primary end point for the Silk Road, especially through all those years when crossing Parthian land became too dangerous or too expensive.”

“So, Ubar sat at the center spoke of the wheel,” Lincoln concluded.

“The entrepôt,” Katie called it.

“But what happened?” Lockhart asked, still trying to get to the point.