“My father,” Elder Stow yelled to Lockhart.  He dragged Boston by the hand.  Boston looked down at the ground and would not look up for anyone.  “My father, I must tell you.  We scared the horses well.  There was no way they would ride to catch you or follow you.  But young Boston, here, fired three explosive arrows unnecessarily, killing men and horses.  And she seemed happy to do it.  My father.  I am Gott-Druk as you know.  I spent most of my life wanting to kill homo sapiens.  But even I would not slaughter men from behind, and when I am invisible, no less.  That is cheating.  A man should be able to face his doom.  And having killed, I would hope I would not feel happy about it.”

“Sorry.  Sorry,” Boston said, and looked at the ground.

Lincoln, Decker and Katie stood around, not condemning Boston, but seriously concerned.  Lockhart put one gentle hand on her shoulder.  “You always spoke wild and crazy,” he said to her.  “But you were always kind and gentle.  Now that you are no longer human, I would hate to see you lose that good heart.  I am willing to believe you did what you thought best, and we will say no more about it.”

Boston began to cry.  She grabbed Lockhart around the middle and hugged him so she could cry on him.  Katie stepped to the two to offer her support, a few tears in her own eyes.

“So, what now?” Lincoln asked.

“I am the Gott-Druk,” Elder Stow said.  “I will do what I should have done at the first with these humans.”  He pulled out his sonic device and adjusted the setting.  He did not wait for anyone to say anything.  He held it up and let it squeal.  Romans and travelers alike held their ears against the sound, and Boston screamed, but in a matter of moments, black powder began to explode all over the field.  A number of horses got killed when the saddle bags they carried exploded and sent great plumes of flame and smoke into the sky.  They heard the rifle men scream as the pouches of powder they carried mostly burned.  Then Elder Stow finished, and he had a tear in his own eye.

Everyone stood in the silence, when a man, near seven feet tall, appeared in front of the group, out in front of the roadblock. He had a jackal head.  “You are finished?” he said, without turning around.

The jackal-headed man raised a hand that came with claw-like fingers.  Fifteen surviving gunmen appeared before him.  Many of them looked badly burned.  All of them trembled in fear, facing that monstrosity, but one protested.  He looked different in some ways, but he was recognizably the same Roman officer who stood in the gate back in the days of Bodanagus.

The jackal-headed man simply closed his hand, and the gunmen squeezed together into a ball of flesh and crushed bones, with a great deal of water and blood poured out on the ground.  Then the jackal-headed man disappeared, and he kindly took the ball of former human beings with him.

Gaius sent Marcus with a squad of men to gather what horses survived and kill the wounded animals that could not be saved.  “Do not touch the weapons or whatever else the men may have had with them.  Those things will be collected by others.” 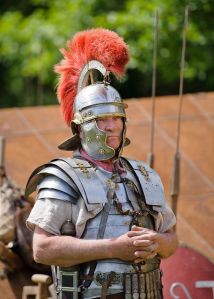 “The little ones,” Katie guessed, and Gaius nodded, while he instructed Tiberius to get the remaining men to strike the camp and remove the roadblock. Then Gaius, on horseback, and Lockhart on Seahorse, led the group down the road, while Katie rode next to a very sad Boston.

Lockhart only asked, “Who was that?”

“Anubis, the defender of Egypt, and servant of his father Osiris, lord of the dead,” Katie said.

“Yes.”  Lockhart vaguely remembered.  They had seen Anubis before.

In less than an hour, they arrived at the camp of the children.  They found Alexis, Tony, Nanette, and Sukki sitting around a cooking fire with a few other guests.  As the riders dismounted, a tall, thin, and good looking, though older African woman with gray hair walked to them.  Gaius removed his helmet to reveal a full head of hair that appeared almost silver.  The couple hugged and kissed, and the travelers left them alone, including Boston, while they got their horses ready for the night.

Sukki came up to Boston and said, “She won’t let us go into the camp with the families and children.  We have to stay out here.  She even posted guards to make sure we don’t mingle.”

“Just as well,” Boston said, sadly.  “I would probably just screw it up.”

“No.  Not so,” Lockhart and Katie interrupted.

“Young Boston,” Elder Stow came over to scold her again.  “We all have lessons to learn.  What you did may have been a step too far, but not something you should feel guilty or condemn yourself about.  Just learn and be wiser next time.”  He hugged her.  He hugged Sukki as well.  “For example.  I have learned on this journey that touch is a very important thing for people of all sorts.  To be sure, for people who are as family oriented as us Gott-Druk, we don’t hug nearly enough.”

They headed toward the fire and heard a voice.  “Boston.”

Boston ran, but stopped, until Candace opened her arms.  She raced into the hug and began to cry.  Somehow, Candace made herself heard.

“Boston.  It is not nice to sneak up on people, invisible, when they don’t know you are there.  Sometimes, it may be unavoidable.  That means you may have to.  But to blow up men and horses when they don’t know you are there and have no chance to defend themselves is cheating.”  Candace used Elder Stow’s word, but squeezed Boston, and it felt like she squeezed all the tears out of her.  “I still love you” Candace said.  “I still want my hug, you know.  I would be very sad if I didn’t get my hug.”  Boston began to cry again as Candace let her go and spoke to the others.

“Alice in the future was able to send a few more things back to Alice in the past.  Tony has a Colt M1911 handgun on a belt complete with a high-quality, Mark 1 trench knife, so he won’t have to borrow Katie’s anymore.  Sad to say, he may need the weapons when he gets home.  Nanette has a fine elf made elm wand, though her magic should come and go as you move through the future.  I have had a long talk with Nanette, and Alexis has volunteered to train her in her magic, so she will stay on the straight and narrow path.”  People smiled for Nanette and Tony as Candace walked up to Decker and waved for Katie to come near.  “Now, I had to wait for you to give these two last items.  Major Decker.  Here are the silver leafs of a lieutenant colonel.  I believe you need to pass on your major insignia to Katherine Harper-Lockhart”

Decker accepted the insignia graciously, but he had a thought.  “I don’t understand how you manage these promotions without going through the proper board procedures.”

“It is not important for you to know,” Candace said.  “Suffice to say, these promotions are genuine, and I have been promised your promotion to full bird colonel if you make it back to your proper time.  Leave it at that.”

Candace stepped back while Katie and Decker saluted, and the two strangers by the fire stepped up.  The woman, Aphrodite, stepped straight to Colonel Decker.  He still stood at attention and dared not move.  He could not smile.  He stared at her like a man wondering how much it was going to hurt.

“I hate unfinished business,” Aphrodite said, in her best, sexy voice.  She took Decker’s face and pulled his head down to plant a kiss on his forehead.  “Have a lovely life,” she said, with a knowing smile, and vanished.  Everyone wondered what Aphrodite knew.  No one saw Nanette turn her eyes to the ground.

Decker sighed, like he just dodged a bullet; if that was what he did.

The other visitor turned out to be Ptah, the god of Memphis.  He smiled for the group.  The group returned his smile and found themselves, horses, wagon, and even the cooking fire, not far beyond Alexandria on the far west side of the Nile delta.  Boston whipped out her amulet and protested.

“Great.  Now the time gate is two or more days behind us.”

“It will catch up in about three days when Candace reaches the edge of the land of Goshen.  Meanwhile, you have some friends who want to visit you before they go, including my daughter, Sekhmet.

The Ambassadors from Rome and the Han empire will run into each other somewhere around Bactria.  Beginning Monday, The People in the Middle.  Don”t miss it.  Until then, Happy Reading. 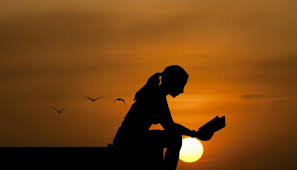