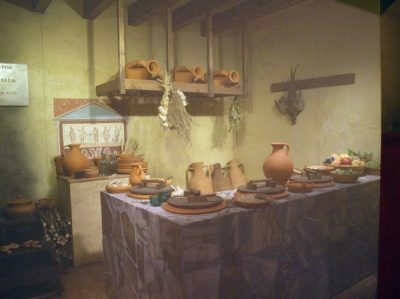 The travelers reached Jerusalem without catching the gunmen.  They figured the gunmen rode about a day ahead of them, but at least they did not widen the gap.  Lockhart felt anxious, mostly because Alexis, Katie, Nanette, and Boston kept bugging him.  They feared what the gunmen might do, and who they might kill.

The travelers found an inn that evening.  They stabled the horses and Ghost and gathered inside to see what they might eat for supper.  They got two tables.  Lockhart, Katie and Boston sat on one side of the big table.  Decker, Elder Stow, and Sukki sat on the other side, and they discussed their options.  Alexis, Lincoln, Nanette and Tony had the smaller table and got into a conversation of their own.

“They are in town, here, somewhere,” Elder Stow insisted.  The metal used in the gun barrels is distinctive enough.  In the countryside, on the road, the thirty or so guns were easy to track on my scanner.  But in town, here, there is plenty of metal of the same or similar composition.  They are lost in the crowd.  All I can say is I have not picked up such a group leaving the city on the road to Bethlehem.”  Elder Stow finished his report and returned to his meal.

“Maybe Boston could ask her little ones to search the city,” Sukki suggested.  She smiled, a pretty smile on that young face.  Since becoming human, as she called it, she started to open up and make more effort to fit in with the group.  She tried not to be so shy, at least around her fellow travelers.  So, she made a suggestion.  People looked at her while they considered her suggestion, and it took several whole seconds before she turned red and looked away.  She was improving. 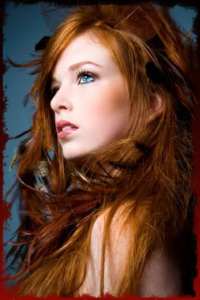 “No way,” Boston said.  “The little ones, or nature spirits, or earth spirits, or whatever you want to call us; we don’t live forever.  We have families, and children, and work to do in the earth as long as the earth abides.  And we do get old and die, even if some live as much as a thousand years.  But for the gods, the immortals, and that includes most of the greater spirits and lesser spirits; these are the days they go away.  Most of the little ones are afraid, watching, and waiting, and not inclined to get involved in human events.  Our work has always been in the natural world, not the human world, and for once, we are sticking to our assigned tasks and not getting involved.  But it is fear and uncertainty that is driving us.  We don’t know what the world will be like after the gods have gone.”

“So, there isn’t a fairy troop willing to fly around town and look for the gunmen,” Katie concluded.

“No way,” Boston repeated.  “Even if there was a troop nearby, they wouldn’t do it.”

“As long as the group is here in town, they aren’t on the road to Bethlehem,” Decker pointed out.  That suggested there was time before the gunmen rode off to fulfill their assignment and shoot whoever they planned to shoot.

“But they will be on the road soon enough,” Katie said.  “And being slowed by the wagon, we have not been able to catch them.”

“We need to split up again,” Lockhart came to his own conclusion, and looked at Katie which suggested they discussed this.

“Okay,” Katie readily agreed, and pulled out her prototype amulet and her handgun.

“No.” Lockhart let his frustration out.  “You need to guard the rear group.”

Katie just shook her head.  “Not this time,” she said.  “Alexis.”  She handed her the amulet.  Alexis put the chain over her head and promised not to take it off.  “Tony.”  She handed him her handgun.  He had already made a makeshift holster for the weapon.  “Lincoln can stay this time, with Alexis, Nanette, and Sukki.  Tony will drive the wagon, and the five of us can catch up with the gunmen, however many there are.” 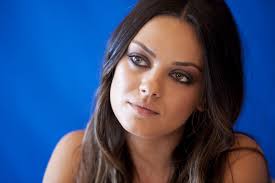 “Why can’t I go?” Sukki protested.

“Because we don’t want you to get hurt,” Lockhart said.

“Guns are still new to you,” Decker added.

“Someone has to ride out on the point to make sure the trail is safe,” Boston suggested the work she and Sukki had been doing for some time.

Katie reached for Sukki’s hand, and Sukki willingly gave her hand and paid attention as Katie spoke.  “Lincoln is your elder.  He will be in charge.  Alexis has the magic, the healing, and the vitamins to keep you healthy.  But they will be busy making decisions and Nanette and Tony are too new at this traveling business.  They could use someone with some experience to keep them on the right road.  You have your knife?”  Sukki nodded and smiled a little.  It was the best knife she ever imagined.  “We go with what we are best at.  The rest of us will take our weapons and confront the bad guys.  We are soldiers and field agents trained for this work.  Your best will be to help Lincoln and Alexis on the road and help Tony and Nanette for a time until they have enough experience on the road to know what they are doing.  Can you do this?”

Lockhart looked at Decker and Boston, but neither of them were going to say having Katie along was a bad idea.  In fact, Lockhart got the impression they liked having the elect and her rifle around, no offence to Lincoln.  Though a good enough field agent, Lincoln honestly worked best behind a desk.  Lockhart nodded, even if he did not like the idea.

“We go with that plan,” he said, and Katie took his arm, happy that he was not happy putting her in harm’s way.

As it turned out, it would be a while before they could start.  They had some fine food and thought about rest when a big sergeant and a dozen soldiers came in and arrested them. 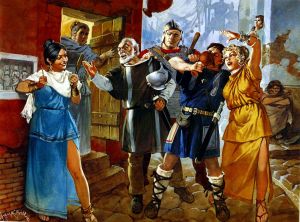 Boston felt the trouble just before the soldiers entered the room.  She went invisible, and nudged Elder Stow, so he went invisible, too.  Sukki, still having Elder Stow’s disc in her pocket, joined the invisible crew, but the rest got caught.  Katie felt the trouble the same time Boston felt it, but other than opening fire on the soldiers, there was not anything she could do.

“See what they want,” Lockhart said to Decker’s frown.  What they wanted was the travelers to go with them.  “It is not nice to come into man’s territory and not pay respects,” the sergeant said.

“We are going to see King Herod?” Katie asked.

“You go where I tell you,” the sergeant said, gruffly.

Lockhart and Decker stood and towered over the sergeant.  “We will go peacefully,” Lockhart said, calmly.

The sergeant looked up, took a step back, and waved his men forward.  “Take their knives,” he said.  The soldiers hesitated in the face of these giants, but the travelers handed over their knives without complaint.  They shouldered their rifles and followed, and the sergeant had nothing else to say.

Once they got out the door, they saw a man on horseback.  He appeared to have a rifle, but it had gotten dark so they could not be sure.  He rode off when they came out, no doubt to report to his fellow gunmen, and that former centurion.

“I wonder if Mylo and Phil-o-craties are around,” Lincoln said.

“No,” Lockhart said, as they walked.  “That would be four lifetimes.  The Kairos said three was enough.”

“Five was the limit,” Katie said.  “Before the mind started to slip.”

“One life would have to be in the far future where the Masters can pass on their instructions,” Lockhart said.

“So, for Philocrates, this would be the fifth life.”

“Unless the Kairos meant three or five lives not counting the one in the far future.”

Katie nodded.  “We will have to ask her about that when we see her.” 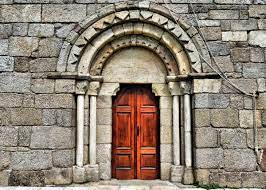 When they arrived at the palace, they got brought to a hall outside big double doors.  They had to wait.  The sergeant went into what looked like a banquet hall, while the guards relaxed.  It didn’t take long before one of the guards asked.  “Who are you people, anyway?”

“Mysterious strangers,” Alexis said, and in a way that got Nanette to giggle.

“Seriously.” A second guard came to stand beside his fellow guard and stare at the travelers.  Most of the other guards ignored them.

Lockhart shrugged for Katie and said, “Lincoln,” as a kind of permission given.  He wondered how Lincoln might describe things, and if he might be tempted to say they were trying to get back to the future.

“We are people from more than two-thousand years in the future, and we have come back here to stop some men who have escaped from the future and are trying to ruin these days.”  Lockhart looked to see how Lincoln’s near-truth words might be received.

“We got Archelaus over us,” the guard said.  “Can’t get much worse.”

“King Herod is ill and has gone down to Jericho,” the other said.  “He isn’t much good either, but with him away, Archelaus figures he can take over, and he is worse.”

“His brother, Herod Antipas is not in town,” the first one added.

“You could maybe take Archelaus into the future with you?”  It came out as sort of a question. 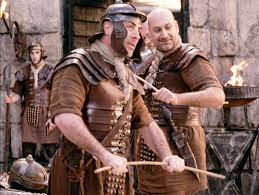 Some of the guards overheard the conversation and looked worried, until one nudged the two speakers.  “He is pulling your spear.  People from the future, my arse.”

Several of the men began to laugh but stopped suddenly when they heard a voice out of nowhere.  “Are you calling my brother-in-law a liar?”

“Did we mention our invisible elf and her two invisible companions?” Decker said, with as straight a face as he could muster.

The wide-eyed guards might have said something in response, but they had to straighten up.  The sergeant returned with a word.  “Bring them in.”