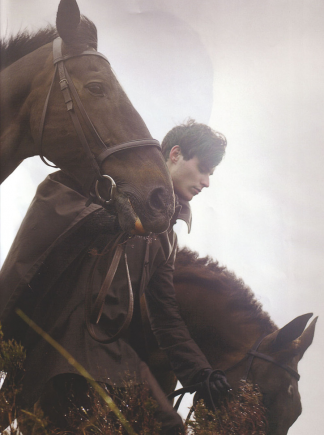 “What ho.”  They turned as they heard the sound.  Thomas of Evandell came to the triangle, and he had a whole train of followers.  Elsbeth rode right behind, with Goldenrod sitting between her horse’s ears.  Tomberlain and Owien brought up the rear.

“Thomas.”  Lord Barth and Roland spoke at once, but before they could ask what news he might have, everyone paused to watch Goldenrod fly straight to Brianna and Little White Flower.

“We were on a searchy,” Goldenrod said.  “We looked all the way to the standing circle in the Vergen, but no finding.”  That last was spoken with some melancholy, and Little White Flower could not resist becoming little to give Goldenrod a proper encouraging hug.

“I thought you might like to have them home,” Thomas said, and looked toward the sky.  “It will be dark soon enough.”

“Yes.”  Bartholomew scratched his chin.  He had instructed his son to stop these aimless searches through the woods, and his instructions to Elsbeth had been unequivocal; but perhaps that was not the time to let off his steam. “Come in and stay the night.  We will talk.”  He spun around before the temptation to explode got the better of him and Brianna stepped up while everyone dismounted. 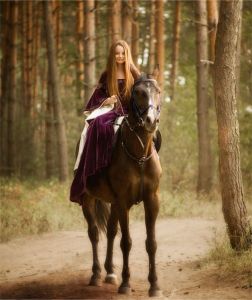 “I expect you and Aden to come as well.”  She mentioned to Little White Flower who nodded and fluttered back to the chapel.  “Roland, do you mind?”

Later that evening, after supper, they sat around the table and compared notes.  At last, when Tomberlain and Owien went back to the barn and Elsbeth went out to the kitchen to visit with Goldenrod and Lolly, Brianna asked what they could do next.

Everyone shrugged before Aden spoke.

“I think I may visit Baron Bernard and Lady Jessica.  I am not sure we have fully searched the Atlantique province.”

Everyone nodded but said nothing.  One fear was that somehow the Saracens had returned with a raiding party and Margueritte might even now be resting in some Arabian harem.

“You need to be in Paris.  I see a good fight on the horizon in Belgium.  Charles needs you.”  He wagged his finger.

“You’ve searched it six times this past year and always come up empty,” Aden pointed out. 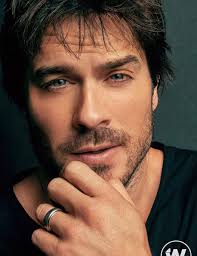 “Yes, but I was thinking.  The dragon has been rather quiet these past twelve, really eighteen months; but little children are still going missing, and on a fairly regular basis.”

“But the gypsies have lost several children of their own,” Lady Brianna pointed out.

“All the same,” Roland said.  “I feel they are mixed up in this children business, and for the life of me, I cannot help believing Margueritte is somehow connected to it as well.”

“So you have said.”  Barth pointed out and turned to their guest.  “Thomas?” he asked.

Thomas of Evandell sipped his wine before he spoke, but it appeared clear he had something in mind, so everyone waited.  He smiled when he spoke.  “I was thinking I might visit DuLac.”

“It is the other place that has not been thoroughly searched,” Aden said.  “Certainly, Brittany has been covered from one end to the other.”

“Exactly,” Roland said with a yawn.  He stood.  “If you will excuse me, I think I’ll go to bed for an early start.”  That was pretty much that.

On his way up the stairs, Roland plucked a flower from the vase at the bottom.  He paused at the door to Margueritte’s room, then he stepped in and laid the flower on Margueritte’s pillow.  When he turned, he saw Elsbeth standing in the doorway.

“I don’t know if I will be good for you or for your family.”  He spoke as if to explain himself.  “But once I’ve made up my mind, I never retreat.”

“I think you will be just fine,” Elsbeth said, and she stood on her tip toes and kissed him on the cheek before she said good night, and then she wondered what it might take to get Owien to give her some flowers. 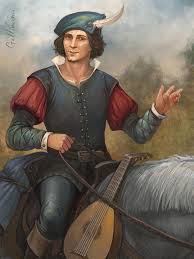 The next day, Thomas of Evandell left in the morning and rode lazily toward the north.  It was his habit to let his horse walk the road while he strummed on his instrument and sang softly to himself.  In this way, the next morning arrived before he came to the place where he agreed to meet Grimly.  He stopped there and wondered how long he might have to wait, but he hardly dismounted before Grimly came up with two other gnomes in his trail.

“Thomas the music man, this is Pipes, and his lady is Catspaw.”  Grimly made the introductions.  Thomas had to look close to see that Catspaw was indeed a female.  On first notice or from a distance he never would have guessed.

“Pleased to meet you,” Thomas said.  “I appreciate any help you might offer.  This will be a dangerous outing.”

“On the contrary,” Catspaw said.  “We appreciate the help you are willing to give us.  She is our lady, after all.”

“I don’t take to human beans,” he said, gruffly.  “Most can’t hold a tune, and mudder music is all hollow.”  He looked determined to be contrary, but Thomas merely laughed.

“So, then you heard the one about how the young girl rode on the back of the unicorn to save her sister from the ogre’s lair?”  Thomas asked.

Grimly elbowed Pipes in the ribs while Thomas smiled broadly.  “No.”  Thomas said.  “Actually, I wrote it.”

“You did?”  Pipes questioned until Grimly nudged him again and nodded.  “Oh, you’re that mudder.”  Pipes said with a smile and changed his tune.  “Well, that one’s not half bad.”  He said.  “Can’t speak for the other half, but it is not half bad.  No, not at all.”

“Well, thank you, but I am sure you know some marvelous tunes yourself,” Thomas said.  “I have heard the music of the sprites is legendary and I imagine by your name you must be a wonderful musician.” 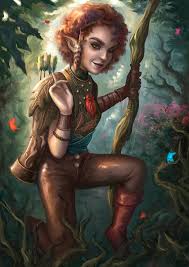 Pipes grinned, until Catspaw spoke up again.  “Don’t compliment him too much or his head will swell and there will be no living with him.”

“Let’s go,” Grimly said.  “Don’t know what we’ll find.  Probably our end but might just as well get it over with.”  Thomas mounted and they walked off toward DuLac, Thomas strumming and singing, Pipes adding the perfect counterpoint on his pipe, and Catspaw drumming along on a previously unnoticed bit of percussion.  Grimly simply walked, grim determination on his face.

By early afternoon, they approached the area of DuLac, and Thomas left off his music to ask some serious questions.  “Tell me again about this hole in the world.”

Grimly floated along beside him at that point.  “Well, it’s like this,” he said.  “Us sprites cover about every square inch of the land by the things that grow or move across it.  Others know the ways under the earth, and still others take to the sky.  Reports started about a month ago when Nimbus, from up there,” he pointed to the sky.  “He said he saw a young woman atop a tower by the lake.  We’ve been watching the witch especially hard these last few months.  Suspicious, you might say.  When the ground crew checked it out, from a safe distance, mind you, they found no tower.  On closer look, we found a tower there to the eye, but nothing there to our senses, if you know what I mean.  It was like a sort of hole in the Earth where the tower was there in one way, but kind of not there in another, like it was partly in another world.  I’m not saying what world, mind you, but I know the door to Avalon has been closed to us for a bit of a while now, and that is not natural.”

Thomas did not follow everything the brownie said, but he did get one thing.  “A girl in a mysterious tower,” he mused.  It was the best lead they had in months.

When they came near the manor house, Grimly pointed to the tower and stopped.  “We’ll be invisible now, if you don’t mind,” he said.  “If our Lady was here, she could make it so you could still see us, but that’s too tricky for our bit of magic.  It is safer, though, if we were not here, in case the witch is around; and you might could use some invisible help at some point, though I hope it won’t come to that.”

Thomas took a deep breath.  “So, I guess I’ll start by seeing if the Lady is home.”

“Lady?”  Pipes quipped as the gnomes joined hands, danced and sang and faded from sight.

We shall see how the prisoner in the tower does.  Until then, Happy Reading