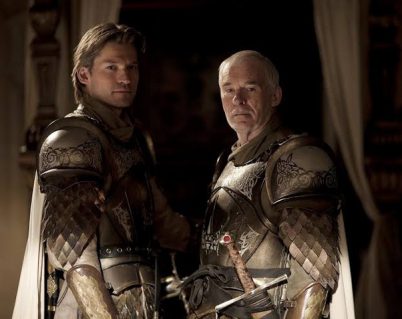 In the fall, right before Samhain in the same year that Elsbeth danced, not being the year to go to Vergenville, King Urbon, Duredain the druid and Finnian McVey paid their own visit to the triangle along with Chief Brian, his druid Canto, and a very wary Roan and Morgan.  They brought a dozen men at arms, three strong hunters, and plenty of hounds.

Lady Brianna welcomed them most regally and apologized that her small manor home hardly had the room or the facilities to entertain royalty.

“Never mind,” the king said, as he pointed his men toward a newly mowed field.  “I’ve brought our hunting tents.  We will be quite comfortable in the field.”

Sir Bartholomew rode up, having gotten the word from Little White Flower.  Tomberlain rode beside him as did several peasant Franks, but Grimly was nowhere to be seen.  Luckless the dwarf also absented himself from the forges, and, in fact, Margueritte went down into the lair of the little ones in the side of the hill beneath the barn to make it very clear to all of them that they were neither to be seen nor heard during that whole visit.  Fortunately, Hammerhead the ogre had been given two cows which he took off as a present for his family in Banner Bein.

“He certainly earned them.”  Bartholomew remarked to his wife’s question.  Hammerhead was one little one who did not mind working.  In fact, he rather enjoyed it, and he certainly did enough around the farm that spring and summer to earn a great deal.

“Lord Urbon,” Bartholomew said.  “Your majesty graces our poor home with your presence.”

“Yes, yes.”  Urbon waved off the formalities.  “Bartholomew, we have to talk.”  They went inside with Finnian and Duredain, even as Margueritte came out from the barn, having climbed up the underground stairs to the secret door.  Urbon’s men were already half-way down the hill.  Chief Brian appeared to want to speak with her first, privately, but Canto held his arm and led him also into the house.  Roan and Morgan dared not look at her and they quickly hustled their few servants down the hill to set up Chief Brian’s tents.

Elsbeth squirted out the front door, looking for Little White Flower.  “psst.”  The word came from the mistletoe oak and both girls looked up.  Little White Flower risked coming down to kiss Elsbeth on the cheek and added a bit of motherly advice.  “Be good now,” she said and wagged her tiny finger in Elsbeth’s face.  She curtsied to Margueritte and sped off to the fairy glen—a good ten miles into the Vergen forest.  Margueritte knew it would take Little White Flower almost a minute to get there.  Margueritte faced her sister who wore a devilish grin.  It was not the first time Margueritte wondered exactly what the relationship was between her sister and the fairy, but that thought got interrupted when Elsbeth spoke.

“You forgot Lolly,” she said.

Margueritte put her hand to her mouth before she said something rude.  She feared what might happen, but inside she laughed.  They ran to the side of the house, to where the kitchens were out back, and saw that Chief Brian had already walked out the back door for a little repast, as he called it, after his long, long journey.  Lolly had already slapped his hand once with her cooking spoon, and Marguerite, herself, knew how that would sting.

“Wait ‘till it’s ready, you big fat slobber, or next knock will be on your noggin,” Lolly said.

Brian was taken aback for a moment, not the least to nurse his hand, but then he laughed out loud.  “I didn’t know Bartholomew had a little person about.  I love you midgets. You always make me laugh.”

“Little people hitting each other,” Margueritte said quickly, not knowing what else to say.  She wanted to get Chief Brian’s attention before he looked at Lolly too closely.  “That’s what Napoleon liked, too.”

Margueritte shrugged.  “You wanted to ask me some questions?”  She reminded him while Elsbeth hustled Lolly toward the barn, and not without some argument.

“Huh?  Yes,” Brian said.  “But I’ve quite forgotten what it was, exactly.  Anyway, I do hope all my questions will be answered tomorrow after you girls are dropped off in Banner Bein.”  He went inside.  Margueritte followed, shocked by what she heard.

Inside, the subject had already been breached, and Sir Barth stood red with anger and only refused to do anything foolish in his own home.

“Come now.”  Duredain spoke up.  “You Christians are always claiming Christ as your true protector.  You should not fear for your girls.”

“Besides,” Finnian added in his Irish drawl.  “The unicorn is reparted to be a most gentle and loving crature who is most kind to young innocent garls.”

“No.”  Bartholomew repeated himself for the hundredth time.  “You’ll not use my children as bait.  And besides, I am not a Christian.”

Poor Lady Brianna did not know what to say.  She was moved to speechlessness by the whole suggestion.

“Then by your own pagan Gods.”  Duredain looked ready to spit.

“I’m not exactly asking,” Urbon said, mostly to Lady Brianna who remained a native of Amorica.  “But it would be greatly of value to the whole kingdom and a benefit to all the people.”  He knew he had little or no say over the Franks.  In fact, having three Frankish Lords on his border watching over him rather spoke for the opposite.  Still, he hoped to appeal to the Lady as one of his own, whose daughters were at least half his.

Lady Brianna shook her head when Margueritte stepped up and Elsbeth came in the front door.

“What?”  Elsbeth asked straight out.

“Baby,” Brianna explained.  “The king and his men propose to try and catch the unicorn, if they can, and save it for all the people, for the purity and health it will bring.”

“But what?”  Elsbeth spoke again.  Apparently, she heard enough before coming inside to ask.  Margueritte stood quietly at her mother’s shoulder looked up and down the row of faces seated at the table and did not like any of them very much.

“Baby.  They propose to take you and Margueritte to the woods, alone, in the hope that the unicorn will return to you.”

“Bait,” Elsbeth said what her father said, and she turned her eyes on the men at the table.

“Think on it.”  The king rose so everyone rose with him.

“You will come for supper,” Brianna said.  It was a statement of invitation, not a question.

“Of course,” the king answered.  He planned to settle the matter that evening.  He stepped out, Duredain on his heels, and Finnian who sauntered a bit.  Chief Brian sent Canto on ahead but tarried until it became safe to speak.

“Care, Sir Barth.  There is much talk about you Franks being responsible for this Christian business and the dissolution of the old ways.”

“What?  Get out!”  Lord Bartholomew roared.  Chief Brain shrugged, but Brianna walked him to the door and thanked him.

“It was only a fair warning.  He risked telling you,” she said.  “It was not a threat, veiled or otherwise.”

“Oh.”  Bartholomew got it, but his ire was so engaged, he could hardly hear anything unthreatening.

“Father.”  Margueritte spoke as Tomberlain came in from caring for the horses.  “Isn’t Hammerhead in Banner Bein visiting his family?”

Bartholomew looked at her and Lady Brianna was not sure what she might be suggesting, but Elsbeth seemed to understand.  “Oh, yes.”  She clapped her hands together.

“And I don’t see why, with a little help, if you know what I mean, we might not be safe enough.  Far be it from Elsbeth and me to break the peace between the Franks and the Breton.”

“Margueritte!”  Brianna’s voice scolded, but Lord Bartholomew clearly thought about it.  If the girls could pull it off, whether they got their unicorn or not, it would give him certain leverage on the king.

“What’s it all about?”  Tomberlain asked, and Margueritte explained her plan more fully, accepting the ways in which her father amended those plans, and Brianna, though not believing her ears, nevertheless did not object.