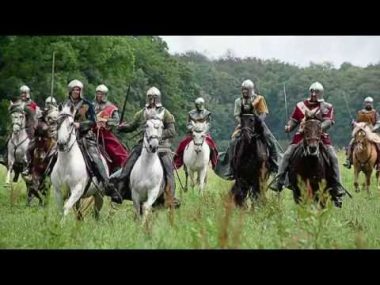 They found plenty of lumber around the edge of the woods.  It proved easy to find some good pieces for a splint.  On finding some rope in his things, Gerraint remarked that Luckless had a way of thinking of everything.  He tore up Menw’s cloak to tie the splint.  Menw just stared and made no objection.  With the rope, he made a travois and carried the still dazed Lionel to where he could tie down both the man and the leg.

“Bedivere.”  Gerraint called out.  The young man came, his arm in a sling.  “You ride this horse.”  Gerraint said.  “You feel the bump in your arm, slow down or go around because Lionel will feel it ten times worse.

“Yes, majesty, and I really am sorry to have taken that blade,” Bedivere said.

“Howel,” Gerraint called.  “Will you tell this puppy he has done nothing to be ashamed of.”

“First time you’ve been bloodied?”  Howel asked.  Bedivere nodded.  “Well, don’t worry about it.  It happens to everyone.  In fact, I would tell you about my first time, but it was too embarrassing to speak of.”

“Thanks a lot,” Gerraint said.  That was hardly what Bedivere needed to hear. 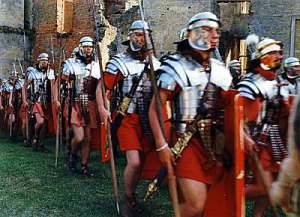 Once they were set, they did not linger in that area.  They took their own dead, of course, and all of the horses that had not run off, but they left the Romans in the field.  Howel said they were headed to meet a larger force just south of the Lake and if they did not show up soon, there would certainly be scouts.

“But what can I do?”  Howel asked Gerraint.  “Much of our strength was spent in Britain over the past years.  Now that we are facing our own crisis, I do not know if we have the strength to meet it.”

“The Sons of Claudus do seem to be intruding,” Gerraint said.  “But I thought their hands were being tied up by the Franks in the East.”

“I am afraid they may make a treaty with the Franks, and then we would really have to struggle,” Howel said.

“Well then.  I guess you will just have to get there first.”  It seemed a common enough expression.

“I’m sorry?”  Howel did not quite grasp the idea offered.  “What do you mean?”

“I mean, you make a treaty with the Sons of Claudus first and offer your help against the Franks.  That way, they will be in your debt, and more importantly, their army will be in debt to your army and, if you play it right, they may even respect your army.”

“Now, think.  It is very hard to get men to invade a land whose army they have come to respect.  Help is the best way to peace.  If your father’s father had not come to Uther’s aid, he might not have stayed long on the throne of the War Chief.  In return, Arthur came out against Claudus.”

“Yes, I suppose that is a point.  Way back then, Claudus was a real threat, and my father did have a fight on his hands.” 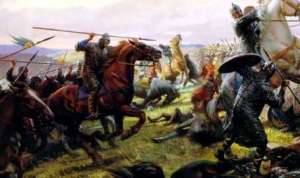 “Are you kidding?”  Gerraint said.  “We kicked Claudus so bad it took his sons twenty years just to climb out of the hole.  And for your information, it was not way back then.  I was there, too, and I’m only forty-seven, not an eighty-year-old dotard.”

Howel smiled before he turned serious again.  “But it still would not work.  There is too much bad blood between our families, and maybe because we beat Claudus so badly.  And, don’t forget, both Lancelot’s and Lionel’s fathers lost their lives in those battles.”

Gerraint shrugged and offered another cliché.  “Nothing ventured, nothing gained,” he said, then he made a sour face.  “And I hate clichés.”

Back at Howel’s castle, Gerraint let his armor go home and returned to wearing his comfortable clothes.  He spent a week being sure he did not miss one opportunity to soak in a hot, indoor tub.  It did his muscles wonders and he thanked the Romans, privately, for instituting the idea.

“We send Kvendelig, Gwarhyr and Menw home and see what has turned up in our absence,” Gerraint said, plainly enough.  Besides, he was missing Enid, and little Guimier, too.  He just wondered what it might be like to have a good, Cuban cigar to smoke, not that he ever smoked, or even knew exactly what tobacco was, when Uwaine summed it up in his way of few words.

This time, the Channel crossing went uneventful.  Gerraint got promises from the three Welsh Lords that they would give up their quest and stop threatening the future by dredging up the past.  He did not feel entirely satisfied with their pledges, but they were men of the Round Table, and as such, he accepted that their word could be trusted. 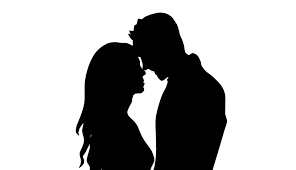 Once home, Gerraint felt delighted to find that Enid missed him too, and so did Guimier.  Indeed, it was hard for him to decide which one hugged him longer and harder. Sadly, he also found a messenger waiting for him, even as he pulled into the docks.  Urien, the Raven and his sidekick Arawn had been seen and traced.  Weldig, Nanters, and Ogryvan had all noted their passage.  Only old Pelenor seemed to have missed them on this trip.  Perhaps their lack of a warm reception the last time around, when Peredur was there, made them avoid those lands.  Perhaps Pelenor was just getting old and just missed them, Gerraint thought.  In any case, they appeared headed for the North coast of Wales, and from there, Gerraint guessed they would head for the Isle of Man.

In the evening, while Enid lay peacefully beside him, Gerraint knew Manannon, the old son of Lyr, God of the Sea, still roamed around.  Rhiannon remained.  Manannon had been reported by sailors and fishermen from time to time.  He guessed Urien went on those rumors.  He imagined they headed for the Isle of Man on the strength of such gossip.  It made sense.  Surely a god would know the way to Avalon, or Annwn, as Urien of Leogria would call it.

Enid pulled up and laid her arm across Gerraint’s chest.  She threw her leg around his and he pushed the hair from her back to see her face.  Enid was not able to sleep, either.

Gerraint is needed again.  Urien, the Raven is headed for the Isle of Man and Gerraint will have to stop him.  Until Monday, Happy Reading. 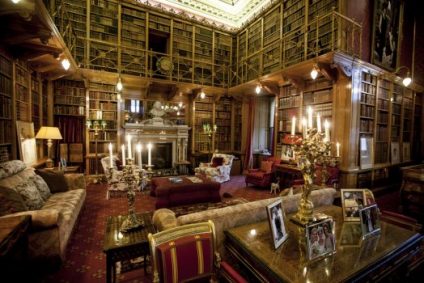