Gerraint had an idea where Howel might be, but he imagined it was late enough that Howel would likely be alone, unless the taking of Gerraint and his company prisoners had him all up and worried.  Margueritte walked the halls like a child with purpose, and almost arrived at the king’s chambers before she was stopped.  A guard wanted to know her reason for being there.  She stared at him, dumbly.

Gerraint had chosen her because she was a child and less likely to be noticed, but also because she spoke Amorican like a native.  Oddly, Margueritte came to understand that last was a mistake.  The Amorican she spoke was more like Welsh than true Amorican of the older days.  Something must have happened between Gerraint’s day and her day, two hundred years later that dramatically changed the language of the people.  It was like Amorica went away and Brittany, or Little Britain took its’ place.

Margueritte curtsied again.  She did not know what else to do.  Fortunately, king Bodanagus, of whom she had just been thinking, filled her mind with the words she needed.  Even so, Margueritte spoke haltingly to get the pronunciation just right.

“A message for his majesty from the men locked in the room below.”  She whipped up as many frightened tears as she could.  It was not hard.  This was a frightening moment.  “Please.”  She reached out to touch the guard’s wrist.  “I must tell the king personally or my father will be very angry.” 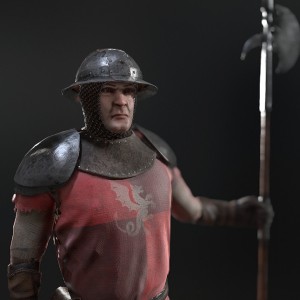 “Aw, there, little one.”  The guard grinned, few teeth as he had.  “We’ll see the king all right, and then I won’t let anyone hurt you.”  He took her hand and she did not refuse.  “Got a little girl myself, much like you, but only eight.  You twelve?  Thirteen?”

“Young as that?  You look about all grown up to me.  A real lady.”  The Guard said as they came to the door.  Margueritte blushed a little and smiled.  She was actually most pleased to hear that.  It was what eleventeen-year-old girls wanted most of all, to be seen as all grown up.

The guard knocked on the king’s door, and “Come,” was the immediate response.  The door creaked open, and Lionel sat there with another man.  This was not good, but then, Howel looked worried and the curtains were drawn to block off the evening sky.

Margueritte did a quick inventory.  Arthur, Gwynyvar, Percival, Enid of course, and Uwaine, his former squire, oh, and Morgana and Bohort knew something about Gerraint and his access to other lives and times.  They called him Goreu, sometimes, as a distinction from just plain old Gerraint.  Pelenor, his old Master knew, and Meryddin figured something out quickly enough, but as far as Gerraint was aware, that was about it, unless someone talked.  Bedwyr, Kai and some of the other older ones knew something and others might have guessed something, but they hardly knew the whole truth.

Margueritte curtsied one last time while she made sure her fairy clothes would change when she did.  “A message for the king,” she said, and went home, two hundred years into the future.  She got replaced by Bodanagus, king of Amorica long ago, and he glowed, like a ghost or a Spirit of the night.

Howel jumped up and knocked over the table in front of him.  Lionel gasped, and the third man reached for a weapon, but for some reason, he did not draw it.  The guard that had been holding Margueritte’s hand jumped back and let out a brief yell.

“I am Bodanagus,” he introduced himself.  “King of Amorica and your father.”  He looked at both Howel and Lionel because the chances were reasonably good that they were his descendants.  The guard by the door wiped his hands.  He had been holding the hand of a ghost without knowing it. 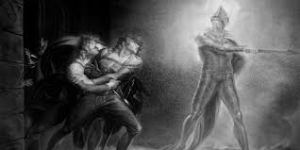 “The treasures of the Celts have been shut away on Avalon and are not to be returned to this world,” Bodanagus said.  “Even in my day, I had to face Caesar on my own two feet.  I fought the Great Julius Caesar to a standstill.  Shall my descendants fight the Sons of Claudus and their shallow Romanism with dependence on magic and trickery?  For shame!”

Lionel dropped his head.  He honestly felt that shame.  He was a good Knight of the Round Table and a veteran of battles under Arthur.  Howel felt the shame, also.  The third man, however, looked angry.

“Times are different, now,” he shouted.  “We haven’t the strength of old.  We need.”

“You need nothing!”  Bodanagus cut him off.  “You have Arthur for a friend and through the Son of God, you have access to the Almighty, the Source of all things.  You need faith and a strong right arm.  You need to set free the one prisoner you have who can stop the Welsh in their madness before they bring the whole world to ruin.”  Bodanagus raised the wind in the room to blow on the fire and the torches, to whip the flames and scatter the light in every direction.  He, himself, glowed brighter and brighter in place until the men had to cover their eyes.  He raised the sound of thunder in the room, and he vanished.  He knew how to be invisible.

Curiously, Gerraint did not remember, exactly, that Bodanagus could do all of those things until he actually became Bodanagus.  His Spirit knew, though, and guided his changes from life to life.  It happened like that, sometimes.

Bodanagus opened the door of the prison room and Uwaine and Bedivere stepped back and stared, seeing no one present.  Bodanagus traded places once more with Gerraint and instantly becoming visible as he did.  Gerraint had no ability to stay invisible. 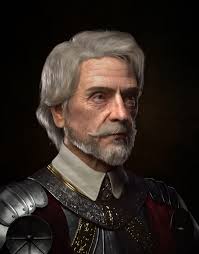 “Ready to Go?”  Gerraint asked as he returned the fairy clothes to the other world and retrieved his armor.  He called to his weapons, and they vanished from wherever they were being held and reattached themselves to his armor where they belonged.  Then the men stepped out into the other room, Bedivere’s legs being a little shaky, even as Howel and Lionel burst in, with the third man lagging behind.

“Gerraint.  Majesty.”  Howel was all apologetic.

Gerraint waved off their concerns.  “Think nothing of it,” he said.  “But I assume they have headed for the Lake?”

Howel nodded.  Lionel spoke.  “But I cannot imagine the Lady will give them what they want.”   He, with his brother Bohort knew something about Nimue, the Lady of the Lake, and his cousin, Lancelot, had been under the tutelage of the Lady and her Court when he was young.

“Of course,” Gerraint said.  “She doesn’t have what they want.”

“The ghost of King Bodanagus said the treasures were hidden on Avalon.”  Howel pointed out.  There was a practical thinking man.  Gerraint smiled.

“But she might be persuaded to open a door to Avalon,” Gerraint said.  “Rhiannon has always had a mind of her own.”

“We must go,” Uwaine said wisely.  “Too much time has passed already.”  Howel moved.  Gerraint stepped forward and looked the third man in the eye.

“Odyar.”  The man gave his name.  Gerraint nodded and they left.  They all walked together to the inn where Lionel slapped his forehead when he saw their horses, ready to travel.

“Who would have thought,” he said.  “I searched every inch of the woods.”

Gerraint laughed and slapped Bedivere on the back, but not too hard, and then Gerraint, Uwaine and Bedivere rode off while there was still some light from the moon.

To the Lake.  Don’t miss it.  Happy Reading