Most knew something was up, but Festuscato had to stare down Mousden to keep his tongue quiet.  The Geats did not delay their departure, and as soon as they were gone, Gregor spoke first.

Mirowen yanked her hand free and gave Festuscato a hard look.  She did not know why she could not have gone with the Geats.  She was virtually pledged to be their future queen.

“Not just yet,” Festuscato said, but he got interrupted by Mousden.

“Yea, what, what?”  Mousden squeaked.

“A werewolf cannot be killed by a simple stab through the heart.”  He reminded the ones who knew better and informed the others.  “I expect she will be along when the moon rises.” 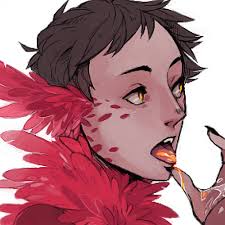 “Oh.”  Mirowen lowered her eyes and accepted her place.  She would not desert her Lord when he might need her.  Mousden, however, was anything but happy with the news.

“Wait up!”  He shouted to the Geats, but Festuscato compelled him to stay.  “Not fair.”  He protested, and went high in the nearest tree to hide.  He wanted no part of monsters.

They waited, but not as long as before.  Soon enough, the moon came up, full enough for another night.  With that, the waters of the lake began to boil and Festuscato got out his bow.  Nameless, the old god of the north knocked on his consciousness from the time stream.  Festuscato shook his head.  As Gerraint had said in his own time, this was Festuscato’s life and Festuscato needed to live or die on his own.  He took one of the precious silver-tipped arrows from his quiver.  They were the gift of the goddess, long ago.  He set Bran to one side and Gregor to the other once it became clear where the beast would emerge.  Then they waited.

The hag came up out of the lake and stopped before them, just out of the water.  “You have a death wish.”  The hag’s grating voice sounded deep, and just barely under control.  “I will grant it, to the last drop of my son’s life,” it said.  Immediately, a serpent sprang from the water so Bran became forced to step back and defend himself.  Luckless ran to help.  At the same time, the hag slashed out at Gregor with remarkable speed.  Gregor’s spear shattered, and Gregor himself crashed against a tree to slump down, the wind utterly gone from him.

The hag paused to best consider how to tear the man apart, but the moment was all Mousden needed.  He landed on the back of the hag and both fore claws and hind claws dug deep into the fur and flesh.  The hag howled and flung its arms back, but it could not grab the pixie.

“Leave my friend alone,” Mousden screeched in the hag’s ear.  The hag arched its back. And by then it again faced the others and had stumbled a few steps from Gregor.

“Now, Mousden,” Festuscato shouted over the roar of the beast.  “Let go.”

“Clear.”  Mousden shouted back and Mirowen struck the beast with every ounce of fire she had.  The hag became instantly aflame, head to foot, and then Vingevourt put it out.

The hag paused, and then howled.  They could see it melt right before their eyes, but then something happened they only half expected.  The hag transformed to the wolf.

The werewolf snarled.  They heard the ravenous hunger and the bestial aspect, but they did not hear the mindless, madness that usually went with it.  In fact, the wolf understood something in that moment, and it spoke.  “You killed my son,” it said.

Festuscato decided the better part of valor was to live to fight again.  He surrendered, left that time and place altogether, and the Nameless god came to draw the bow.  Festuscato was good.  Mirowen was inhumanly good, but Nameless was mostly a god of war, and never known to miss.  He fired as the wolf leapt at his throat.  The wolf crashed into an invisible barrier the god had erected and collapsed to the dirt.  It changed back at last to the woman, and she looked curious.  How could this be?

“Silver tipped.”  Nameless told her, and she died at his feet.

As he did with the werewolf in the days when Greta trudged the forests of Dacia, Nameless caused a twenty-foot-deep hole to appear in the earth.  He made sure the woman and every drop of her infected blood went into that hole, and then he placed a boulder on top, effectively encasing her in stone so she could not be unsuspectingly dug up.  Last, he set dirt on top and caused two branches to hold together in a cross.

“I don’t know her name,” he admitted.

“How ironic.”  Nameless responded, and he caused Greta to be burned on the cross piece and set it up as a grave marker.

“And may God have mercy on her soul,” Bran said, as he joined them.  The serpents had gone again, but one had sunk into the deep with Luckless’ ax in its skull.

“And now, stay here.”   Nameless commanded, and no one argued as Nameless stepped about half-way up a small rise in the land.  He opened his mouth.

“Abraxas!”  It did not sound too loud at first, but the sound began to grow as it went out from that place, ever louder and in ever larger circles, like a pebble in a clear, calm pool.  The hall of Heorot shook, and men wondered.  The Jutes heard and reconsidered their planned invasion of Danish lands.  In Bavaria, the witches covered the ears of their children.  In the Crimea, the sound echoed off the waves of the Black Sea, and it reverberated through the Ural Mountains.  Among the Lapps, where men looked to the sky to see if the sky was falling.  And then Abraxas appeared, twenty feet further up at the top of the rise.

Dark haired, dark eyed Abraxas looked like a young man almost too lean for words.  He stared at the one who called him and would have spit and left if he could.  All he could do was spit; but it not only did not touch Nameless, some of it got caught in Abraxas’ goatee.

“Who are you?”  The words had an eerie echo to them, and the others were glad they got left behind.

“Who are you to trifle in the halls of Aesgard and Vanheim after the dissolution?”  Nameless asked in return.

“I have every right to be here,” Abraxas insisted.  “All of Europe is mine for the taking.”

Nameless took a few steps closer and Abraxas stepped back.  “I am the god now.”  Abraxas puffed out his slender chest.  “I rule over good and evil, over light and dark, over fire and water, and soon enough I will rule over the earth.”

“Your father?”  Nameless asked and guessed.

“The two-faced fool.”  Nameless insulted the God.  “So that gives you good and evil?”

“When does the good start?”  Nameless wondered out loud.

“You will see,” he said.  “When I rule in the place of the old gods, the people will see how beneficent I can be.”

“But meanwhile, you need to break a few eggs to make that omelet,” Nameless said.  Abraxas nodded slowly.  “I killed your son.”  Nameless took a couple of steps closer.  Abraxas did take one step back, but that put him near the edge.  By taking the higher ground he gave himself nowhere to run.

“I am better rid of that dim-witted boy.”  Abraxas spat again, but the spittle stayed on his chin.  He got hemmed in, and he knew it.

“I killed your bitch.”  Nameless said, referring to the wolf.

“I am grateful.”  Abraxas smiled and tried to change tactics.  “She had become very tiresome.”

“Your son said you could have cured her.”  Nameless took another step.

Abraxas tried to brush it off with a laugh.  “Why would I cure her?  I infected her to force her to bring the boy to the city.  I had high hopes on creating chaos there.”

“All you created was death,” Nameless said.  He was only a few steps away.  “What right have you to trifle with the halls of Aesgard and Vanheim?”  He repeated his question.

“Every right.”  Abraxas said too loudly.  “My mother Morrigu was of the North and the Danna.  Who are you?”  He repeated his question.  “The gods are all gone.  You should not be here.”

“Morrigu.”  Nameless understood.  She was the daughter of his own father, Tyr of the One Hand and her mother was the greater spirit of battle.  Morrigu gave birth to the daughters of fury among the Tuatha de Danna, but when Danna’s own son, Nuadan died, she must have had a last fling before the dissolution.  That made Abraxas only a seven-eighths God and one eighth greater spirit.  It also made Abraxas his nephew.

“Who are you?”  Abraxas screamed at him as Nameless took one more step.

Abraxas’ eyes got big.  “But you should not be here.  The gods have all gone over to the other side.”

Nameless shook his head.  “But as the last of both Aesgard and Vanheim, I have decided you cannot make hags in every place you touch.  This world does not need to be torn apart by fear, blood and death.  You need to consider the goodness that did exist in your father Janus, and the nobility that was your grandfather, Tyr, who was also my father.  Therefore, I will let you continue for a time.  But I exile you.  You may no longer enter the land that was of Aesgard.  To do so will be instant dissolution, which is death.”

“You cannot do this,” Abraxas protested.

“I can, and it is done,” Nameless said, and Abraxas faded from sight, protest still echoing from his lips.

Nameless turned to walk back to the others, and as he did, he went home and let Festuscato return to his rightful time and place.  “Everyone deserves a chance at redemption,” he explained when he reached the others.

“I see slim hope for that one,” Gregor said and put his hand to his head.

“You have got to stop blocking monster blows with your head,” Mousden scolded him.

Bran, Mirowen, Luckless and Vingevourt all laughed, briefly, but Festuscato spoke softly, other things on his mind.  “Let us go to Heorot,” he said, and turned to Mirowen.  He added, “I am going to miss you.”  Mirowen began to cry, because she was happy, and because she would miss him, too.