The travelers entered the time zone above the Arnus River, near the village that would one day be Pisa.  They found a ferry, but they had to let the horses swim across, a job the horses had long since mastered.  The ferryman smiled at the gold, Persian though it might be. The travelers saved their Spartan and Athenian silver for Rome, when they arrived.

Lockhart kept up the night watch as they traveled south through Etruscan territory.  As Evan and Millie said, the people in the countryside seemed nice, but the cities were not friendly.  They looked for a place that did not appear frequented by anyone in particular, and settled in.  That is not to say they hid from people, but they felt it best not to get entangled.

“They are defensive,” Katie pointed out about the city people.  “They don’t trust anyone, including each other.  I would say the Etruscan League is already broken.  It shouldn’t be hard for Rome to swallow the whole area.”

“Thus, we keep watch in the night,” Lockhart responded, and nodded to his own wisdom.

Evan and Millie also nodded to each other, but said nothing.  The post-hypnotic suggestion of the witch did not yet feel acute. 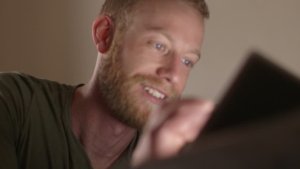 “According to the database,” Lincoln spoke up on that first evening.  “This is the crucial time for Rome.  Diana turned eight and traveled with her father when he took the Etruscan city of Veii.  Apparently, they dug under the walls and got into the city via the sewer system.

“Clearly something the Kairos would come up with,” Decker said, without betraying how he felt about that.

“The loss of that city is probably what broke the back of the Etruscan League,” Katie said.

Lincoln nodded.  “He subdued several cities in the south of Etruscan territory, and the Etruscans never really recovered.  But also, shortly after, the Etruscans got invaded by the Gauls. That may have been the actual last nail in the Etruscan coffin.  The Gauls also invaded Rome, and caused some real trouble, but Diana’s father raised an army and drove them out.  The Etruscans just got squished.”

“Gaelic people from up by the alps,” Katie told him.

“Of all the gall,” Decker said.  No one even smiled.

“So, twice the Kairos got involved through her father,” Boston said.

Lincoln nodded.  “She was fourteen when the Gauls came.  Her father was dictator and consul during her fifteenth year, and rebuilt Rome after the Gauls left.  Then she turned sixteen and got married.”

Alexis shook her head.  “I know it is the times, and typical through most of history, but I still say sixteen is too young.”

“How old was her husband?” Katie asked.

“See?” Alexis said.  “That’s not right.  He is fifteen years older than her.”

“Women mature faster,” Lockhart said, and added, “Ouch,” when Katie slapped him in the shoulder.

“Publius Claudius Crassus is his name. He is a diplomat and holds some religious office. He is a second son.  Apparently, the Claudia father and Diana’s father did not always see eye to eye. The marriage calmed things a bit.”

“And a political marriage besides,” Alexis groused.

“They have three children,” Lincoln said, to mollify things a bit.  “Publia, named after her father, and Justitia are the girls.  Justitia got adopted when Diana suffered a miscarriage. Technically, the elder is Publia Prima, and Justitia’s adopted name is Publia Secunda, but Diana insists on calling her Justitia, so everyone else calls her that.  Then, Publius Gaius Claudius Crassus, the youngest, is the son. He goes by Gaius Claudius, like his grandfather.  Of course, we don’t know exactly when we arrived.  They might not be born yet.”

“Justitia was eleven, near twelve when we came through,” Millie said.  “She is blind, but a sweet girl.  Publia turned fourteen, and whenever she got in trouble, Diana would say her own name, Marcia, Marcia, Marcia, three times in a row, just like that.  I don’t understand why.”

A few of the travelers laughed at that one.

“Gaius was ready to turn eight when we left,” Evan finished.

“Good to know,” Lockhart said, with a glance at Katie to see if he was still in trouble.

“Family,” Elder Stow interrupted. “It is important, you know.”

“So, why is this a crucial time?” Decker asked, to get back on the topic.

“Yes,” Lincoln said.  “Once Rome broke the Etruscans, who otherwise sat there breathing down their Roman necks, Rome had to overcome her immediate neighbors starting with the Latin League, but also the Aequi, the Volsci, and the Hernici.  That was where Rome learned to use diplomacy effectively, and how to deal with a defeated enemy.  Rome learned how to build and equip a real army, and discipline soldiers to win. The Samnite wars, and then the Punic wars that followed refined and expanded the scale of things, but all of the basics that eventually created the Roman Empire were learned in this time period.”

“Fair enough,” Lockhart said, as he got up. It turned ten, time for Lincoln and Alexis to watch.  Lockhart and Katie would get a two-hour nap before their midnight to two in the morning shift.

Millie and Evan went to bed, thinking, there might not be a time when the others were all asleep.  Then, what should they do?

While moving several days through the hills of Etruscan territory, the only comment of note came from Alexis. “Somehow, this isn’t how I imagined traveling through Tuscany.”

On the fourth day, they came to Veii, where they were only a day out, about ten miles from Rome.  The people there appeared happier than any city people they had seen.

Lincoln reported.  “When Veii fell, the Romans killed every adult male in the city.  Then later, when the Gauls came, the defeated Roman army hid behind the walls of Veii. They held out when the Gauls went on to attack Rome, but you can imagine, all those young soldiers and widows. People moved in from the countryside, especially when the Gauls were rampaging.  Also, some plebeians moved here out of the poorer sections of Rome, and some patrician families are looking to build villas in the neighborhood. Though it does not have nearly the population it had as an Etruscan city, it is now full of Roman citizens and basically a Roman city.  Besides, now that Camillus, that is, Diana’s father, drove the Gauls out and conquered all the surrounding, local tribes, the people of New Veii, so to speak, are probably happy not being in the direct line of anyone’s fire.”

“Well,” Alexis said.  “At least the people surrounding the city seem happy and at peace, as opposed to the Etruscans, where everyone felt on edge about one thing or another.”

Sukki turned her head back into the conversation.  “I know. The people in this time zone keep giving me indigestion.”

“Me too,” Millie agreed with the girl.

“Hold up,” Lockhart said. “Dismount.”  They neared the city gate.  Boston came back and got right down.  Decker and Elder Stow came in from the sides.  Several soldiers rode out to meet them.

“What do you think they want?” Elder Stow whispered to Katie and Lockhart.

“So do I,” Lockhart, the once-upon-a-time police man agreed.  Katie nodded as well, but Boston spoke up.

“So do I, and it feels like trouble that is not entirely of this world.”

The soldiers seemed nice.  They got especially nice when they found out the travelers were friends with Furius Camillus, or at least his daughter, wife of Claudius Crassus.  They were helpful when the travelers asked about accommodations for the night.

“Good thing you are only planning one night here,” the officer said, but did not explain, so Lincoln asked.

“Why is that a good thing?”  The officer said nothing, but one of his men did not hesitate to speak up, even if his officer gave him a mean look.

“Because, for a week now, the city has been haunted with ghosts.  Strange and unnatural things have been happening in all sorts of places.  People have become afraid to go out after dark.”

A different soldier spoke.  “One man’s pigs turned on him.  He and his family had to hide in their house until men could come and put the beasts down.”

“I heard a chicken got born with two heads,” another spoke.

“I heard it was a snake,” a third contradicted.

“That isn’t it,” the officer finally spoke.  “People are seeing lights in the night where no light should be.  Some have seen figures, like people floating along. Like ghosts.  And there are sounds, like strange, unnatural noises, like swords crossing and chains rattling…”

“And screams,” one of the soldiers interrupted. 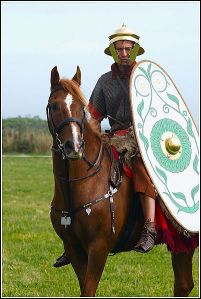 The officer nodded.  “The night watch says they can’t tell if someone needs help or if it is just the ghosts.”

“Well, some say it is the ghosts of the old men of Veii that Rome slaughtered when the city fell.  That has not been taken well by some of the people, as you may imagine.  But others claim the Rasenna, that is, the Tusci in the city were wealthy and had many slaves, whom they treated horribly.  They were a decadent, self-serving people who deserved to be overthrown by the more upright Romans.  Some say it is the Rasenna weeping over their sins that led to their destruction.  Some say it is the slaves who finally have a voice in death that they never had in life.”

“What do you say?” Katie asked.