The Spartans and Athenians dug three trenches on the slight rise, and they piled up rocks on the dirt they excavated to make like mini-walls.  Some of the Spartans, and to be fair, some of the Athenians did not like the idea of keeping their heads down, or throwing their javelins rather than stabbing the enemy in the face when the time came.  Some called bows and arrows cowardly weapons.  All Ophelia could say was they will probably get close enough for tooth and claw no matter what we do.  Then, gods help us.  Nicias and Styphon kept the troops focused.  They had no reason to disbelieve a woman who commanded fairies.

They waited all morning.  They waited until Zeuxides said he was hungry and ready for lunch.  Then they came.

They looked like wolves, albeit, dressed in vests and far bigger than any wolf seen by humans.  Ophelia made out the three Humanoids who kept back to bark out orders.  She raised her bow.  The Athenian archers, and some of the Spartans and their allies all raised their bows.  Ophelia tried to wait, but when it appeared they were not getting closer, she said, “Loose.”

The arrows barely went the distance, but two of the Wolv looked put out of commission.  Ophelia knew better.  It just made them mad.  She saw the Wolvs back out of range, and then had to yell again.

“Get your heads down.”

The Wolv pulled out weapons and several men reacted too slowly.  They got fried, and the rest of the men got an object lesson, encouraging them to keep their heads down.  The Wolv did not fire for long.  They had nothing but hand weapons, and that would take all day to cut through the fortifications.  Flaves showed up and helped Ophelia hear the barked orders.  Ophelia yelled

Fourteen of the twenty Wolvs attacked. The men stood and about a third threw their best, but the Wolvs moved too fast.  Only two got taken down that way.  Three bounded up to the top trench where the more lightly armored Athenians and archers waited.  Nearly thirty men got torn to shreds or were grievously wounded before they put down the three Wolvs.  The Athenian regulars in the second trench hardly did better when four Wolvs arrived. More than twenty men died there, and almost twenty more died among the Spartans in the first trench where they fought off the remaining five.  The Wolvs fought for victory or death.  They had no thought of retreat, but neither did the Spartans.

Ophelia got spared when Zeuxides, who kept his javelin instead of throwing it, stabbed a Wolv in the back, the same time two Spartans struck it from the front, one cutting off the Wolv’s arm. The Wolv hardly slowed by the loss of an arm, but then it was only a matter of time to put it down, completely. Six Spartans went down to five Wolv, along with nineteen Spartan allies who died or were wounded unto death.  Of the two hundred and ninety-two captured on Sphacteria, two hundred and forty-eight would make it home.  Zeuxides wept for his friends, and no one thought less of him for it, but Ophelia lifted her eyes to the three Humanoids and the remaining six Wolv.  What she saw angered her, greatly, and she stomped down from the fight to confront the situation.

During the battle in the trenches, the whole fairy troop landed in secret behind the enemy.  They got big and had their bows.  The Humanoids and Wolv became pincushions for Fairy arrows.  As she stomped across the field, Styphon, Antiphas, and Porocleon of Olympia saw and followed her.  Flaves arrived as the fairy troop got small and scattered, having seen the look on Ophelia’s face.  The anger of the gods is a terrible thing to behold.

Ophelia stopped, and made sure the Wolv were dead.  She noted that even with a half-dozen arrows in their backs, the Wolv still turned to attack, and only went down when another half dozen or more arrows struck their front.  Nicias, with a handful of Athenians and a few more Spartans jogged up when Ophelia got to examining the Humanoids.  She paused before she spoke, and then it was to Styphon, not Flaves. 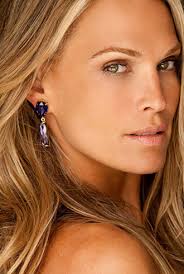 “I want the Humanoid heads.  We will take them to Isthmia.”  Styphon and the others got right on that grisly job without question.  Ophelia looked at Flaves.  She knew Fairies were capable warriors in war and battle, but they would have been irreparably injured if forced to perform such a macabre task.  She turned to Nicias.

“We need to move out at dawn. Leave as many here as you need to care for the wounded, but I want to be in Isthmia before dark tomorrow, so we can end this”

Dawn in Corinth saw the Wolvs fire on the city walls.  They only had handguns, but they put some holes in the stone and shook the foundation. The Corinthians did panic a bit, but one Captain got mad enough to gather a company of like-minded soldiers. Lockhart, Decker, and Katie, who had gotten to the walls by then, all urged the man to not act like a fool. but he was determined.

“Yes, but we have long since mastered it.”

Decker got to one section of the wall and readied his rifle and scope.  Katie took a section far enough away to spread the Wolv fire.  On a field, they might catch the enemy in a crossfire.  Elder Stow stood about half-way between the two where he could relay words without using the watch communicators, which might be on a frequency the Humanoids could tap into; but he was not to do anything unless he caught sight of the Humanoid commanders.

When they were ready, forty men poured out of the Corinthian gate, and charged, shields up, swords at their sides, javelins in their free hand.  The Wolvs were close enough to the wall so the men had a chance to get there before they all got cut down with Wolv weapon-fire.  Plus, Decker and Katie fired from above, struck several Wolvs, and at least distracted most of the others.  Only a few Wolvs returned fire to the wall.

At the end of the engagement, forty Corinthians lay dead on the field, and about half of the Wolvs sustained injuries. Three got seriously injured. Three Wolvs died, mostly from bullets. But then Elder Stow caught sight of one of the Humanoids and fired, once.  A streak of power lit up the sky.  The humanoid, though not directly struck, melted, and the big, old oak beside him exploded into splinters.

The Wolvs began to pull back into a copse of trees.  No doubt, the two remaining Humanoids needed to consider this new development.  Katie looked content to let them do that, but Decker flipped his rifle to automatic.  He never got to fire on the Wolvs, however, because roughly two hundred dwarfs came seemingly out of nowhere and attacked, about six or eight dwarfs to each Wolv.

“Damn,” Lockhart said.  He stood by Elder Stow and watched through the binoculars.

“Oh, Bergeron is in big trouble,” Boston said, and grinned for the dwarfs.

“We better get down there,” Alexis said, foolishly thinking some of the Corinthians might still be alive and need her help.

The Corinthians were more than willing to let the travelers ride out, but there were no Corinthians left foolish enough to follow them.  It looked like a gruesome battle, with human, Wolv, and some dwarf pieces strewn all over the place.  Bergeron survived, though he had a cut in his arm.  He, and his dwarfs looked content, even if they were in trouble.

“The Lady is on her way to Isthmia. We need to meet her there,” Bergeron reported.  “She wants the Humanoid heads.”  A few quick dwarf-strikes with their axes and the heads got wrapped in fairy weave for transport.  The dwarfs remained stoic about their losses.  They were not going to show any emotion in front of the humans.  “Best get moving,” Bergeron said, and he went out front.  The travelers came behind him in silence.  Appalled by the events.  Most of the dwarfs marched behind the travelers, where even the most gregarious ones only whispered.