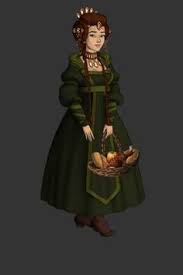 When the evening came, several dwarf wives appeared and cooked a wonderful meal.  A couple of goblins showed up, and Evan nearly screamed; but Millie calmed him with her words.

“It’s all right.  They are the night watch, and my friends.  They keep the fires burning through the night.” Evan looked at her with wonder, and Millie smiled.  “I screamed the whole first week,” she admitted.

Millie enjoyed the company, and made like hostess for everyone.  Ninlil stayed mostly quiet.  Alexis felt tired, but good in Lincoln’s arms.  Working in the garden all afternoon seemed something she might have done at home, on her day off.  She felt content, but a little homesick, though they still had a long way to go to get back to the twenty-first century.

“And we have mostly vegetables in the stew,” Alexis grinned for that. “And actual fruit.”

“Alexis gets tired of all the meat,” Lincoln admitted.  “Only eating what someone can shoot does get old.”

“I am thinking of going vegetarian when we got home,” Boston said.  “If Roland doesn’t mind.”  Boston looked sad for a minute.  That reminded Katie.

“Why was Marduk so sad?  He kept saying he was sorry,” she asked.

“Yeah,” Lockhart agreed.  “What was that all about?” 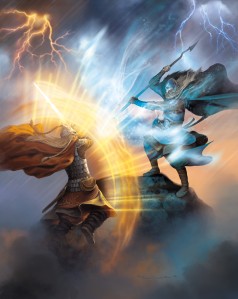 Labash frowned.  “Marduk killed his brother, Assur.  He hasn’t been the same since.  You know they were more deeply attached than just at the head when they were born.”

“You couldn’t do anything?” Boston asked.

Labash shook his head.  “I was a frog at the time.”

“What is that?” Evan stood.  Some others joined him.  They heard more screams coming up from down below.

Ninlil spoke up and caught everyone’s attention, and people settled back down to listen.  “I already apologized for the frog.  Building and working in this garden is penance.”

“But you said you loved working with the flowers,” Lincoln said.

“In neat rows, and pulling the weeds,” Sukki added.

“I do.  Penance does not have to be hard and difficult duty.  It requires commitment and a willing heart.  Besides, way back in the past, the Kairos Anenki suggested that someday he and I would make a garden, like I wanted.  Oh, how young I was.  I actually imagined the whole land domesticated, from the gulf right up through the land between the rivers to the Phoenician shore.  Clearly, not a realistic idea.  But on a scale of this artificial mountain, yes, and for the building Labash is building.  I am looking forward to it.”

“But what about the frog?” Boston asked, a worried sound in her sad voice.

“Yes, well…” Labash began.  “Nebuchadnezzar has an older sister, Kashshaya.  She is about twenty now, but back when she was sixteen and I was about twenty or twenty-one, she swore she cried every night for loving me.  I mean, she could be a sweet girl when she wanted to be, and fair to look at, but she got spoiled rotten.  I couldn’t stand to be around her for very long because of the constant demands she made.” 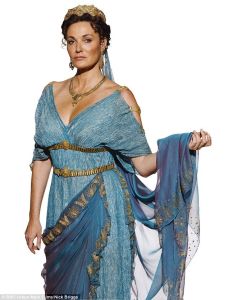 “I’ll tell this part,” Ninlil interrupted.  “I felt sorry for the girl.  Enlil and I just separated, and I knew she genuinely loved Labash, whoever he was. I blessed the girl, with the power to make things come out the way she wanted.  I only intended to help her with her love, and no, I did not know Labash was the Kairos.  Even the gods do not know unless he reveals himself.  It is part of what it means when they say the Kairos is counted among the gods.  It is one of the few things in this universe hidden from the gods.  Anyway, she went to him and professed her love, but he did not return her love, and the magic I gave her would have worked on any normal man, but she could not force the Kairos to love her.  So, she got mad and turned him into a frog.”

“I stayed that way for several months,” Labash interrupted.  “…Almost got eaten a couple of times…”

Ninlil continued.  “The heavens shook, and when I looked and saw Kishshaya abusing her blessing, I removed the gift and made her forget she ever had such a gift.  She showed no remorse over what she had done to Labash, so I noticed nothing about that.  I did not look close enough.  I felt embarrassed for having empowered the girl in the first place.  It was not until Marduk came to me, weeping in his sorrow, looking for the Kairos, that I found out what happened to him.”

“She kissed me, and I turned back into a gardener.  I apologized for not being a prince.”

Ninlil grinned, but only a little.

“So, where is Kishshaya now?” Boston asked.

“Forget Kishshaya,” Katie said. “What happened between Assur and Marduk?”

People paused again as they heard new screaming from down below.  They saw lines of torches, and there appeared to be a couple of buildings on fire down there.

“With what?” Alexis asked.  She thought about hurt people and wondered if she might help as well. 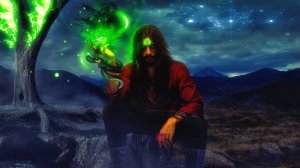 “The recently dead have risen, or at least their demon infested bodies have risen.  You know, it is not the way of the gods to simply solve human problems, but I can help the living in their battle against the dead.”

She vanished, and Lockhart said, “The Necromancer.”  No one argued.  Millie said nothing, looking at Evan.  Evan looked afraid to ask.

“Marduk.”  Lincoln reminded everyone.  People settled to listen, but Elder Stow turned his scanner back on, and Decker slipped over to the stairs where he could keep his eyes open.

Decker’s one mumbled comment was, “Nice to not be in the front line for once.”

“When Ashurbanipal, the Assyrian emperor died, they had some infighting to claim the throne.  One Assyrian general tried to claim the throne while everyone was away.  The eldest son, Ashuretililani threw him out as soon as he got home.  Meanwhile, the Assyrian governor of Babylon got poisoned as soon as word came that the emperor was dead.  A second son, Sinsharishkun wanted the kingship but knew his brother would be difficult to dislodge from the throne.  So, he started by claiming the throne of Babylon.  Well, the Babylonians were tired of Assyrian control over their lives, so they revolted and threw Sinshariskun out. In the confusion, Nabopolasser seized the throne of Babylon, where he sits to this day.  Not deterred, Sinsharishkun moved his rebel headquarters to the old Sumerian city of Nippur, and after that, it became a fight between the two brothers.  Are you with me so far?”

Labash looked at the faces around the fire, and continued.  “The Assyrians were good administrators of their empire.  They divided it into provinces, ruled by governors out of the provincial capitals.  Sumer, that is southern Mesopotamia, got ruled out of Babylon.  All the cities, from Babylon to the gulf paid tribute to Babylon and sent men to fight for Babylon.  For this reason, Nabopolasser not only had claim over his own city, but some claim over the province as long as he sat on the Babylonian throne.  It did not mean much as long as Sinsharishkun sat in Nippur, one of Babylon’s chief cities. 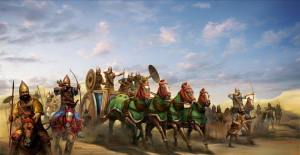 Anyway, Sinsharishkun spent a couple of years building alliances, knowing he did not have the force to meet his brother and the whole, main Assyrian army.  He turned to the independent people who lived outside, on the edge of Mesopotamia.  I don’t know what lies he told them, or what he promised them, but he got a token of support from the Medes, Persians, Parthians, Scythians, and Cimmerians.  He also put pressure on the cities of southern Mesopotamia that would have normally been under Babylonian control.  They also sent token of help, but with all that, Sinsharishkun was not sure he had the strength to face down the main Assyrian army.  All the same, the die was cast.  Sinsharishkun’s brother had spent the time solidifying his position in Nineveh, and now he was coming.”

“That was when I became a frog.”

“Poor timing,” Decker said over his shoulder.  His eyes stayed on the crowds in the streets, and the torches, burning buildings, and regular screams that wafted up in his direction.

“I was going to say,” Elder Stow started to say something, but fell silent.  His eyes stayed glued to his scanner.

Labash took a deep breath before he began again.