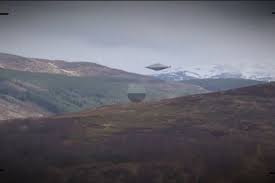 Artie looked at the three-dimensional map that showed every life form for a hundred miles around, but it did not show the Humanoid battleship.

“Lady Artie,” General RFD 3297, Redfern, came into the open tent to report.  “Repairs are nearly complete, but the light-speed generator is fluctuating in the red zone.  We are a long way from home.”

“We have analyzed the Humanoid weaponry,” the general’s adjutant spoke.  “Their technology is no better than our own.  Maybe a little less.  If they had not surprised us from the back of star Beta 1397, we would have probably beaten them…in a fair fight.”

“But nothing stands still,” Artie spoke as much to herself as to her commanders.  “We are few, and becoming fewer.  When home world was lost, we lost the key to life.  We have built some very intelligent and talented robots, but we are becoming fewer.  We have tried to become more organic, to better replicate, but we have failed there, too.  Meanwhile, these organic humanoids may be countless in number, and they do not appear to be stopping.”

“Grandma…” a young, mostly human cyborg came into the tent.  Artie smiled and put her hand gently to the boy’s cheek.  She was more like the boy’s great-great grandmother.  When the Nameless god changed her back from human to android, he neglected to tell her she was pregnant.  He left her internal system intact and she gave birth to a boy; but that happened over four hundred years ago.  Others followed, and there were sons of sons, and daughters, but it happened slowly.  Now, their very existence seemed threatened.  Her androids might become slaves again to these Humanoids unless they found a way to defeat them.  At least her androids cannot make meat for the Humanoid table. 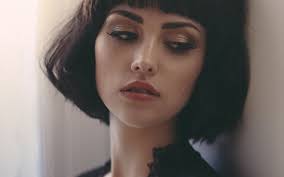 Artie raised her voice.  “I wish my mom and dad were here.  But at the very least, this is a genesis planet.  It is off limits to all space faring races.  We have no business being here, but neither do the Hungdin.  I have prayed.  I do not believe the gods will permit us to interfere with the normal development of this world.  I have prayed that the Kairos may come.  She, or he may know what to do.”

The travelers sat around the fire, tried to get comfortable, and tried not to make Muhamed feel like the center of attention.  They also tried not to think about the space ship they all saw, and who it might belong to. Katie bagged a wild goat, so they had plenty to eat.  Alexis complained about not finding anything more than a few rough greens.  They tasted bitter, even when boiled and spiced.

“Atkins,” Alexis turned up her nose and said no more.

Lincoln got out the database and read for the others.  He had to judge what might not be wise to say in front of Muhamed, but he figured Muhamed, as a local, would not understand half of what he talked about.  In that respect, he shared more liberally than he might have, otherwise.

“The Hungdin, a noble house of the Humanoid empire.  From what I can gather, when the Anazi and Androids fought it out, and the Anazi home world got destroyed, that left a great void in the control of the space ways. The Humanoids came from a planet on the edge of Anazi space, so thy were not ruined and turned to Anazi slaves yet. They garnered much of the Anazi technology, though, and pushed out from their home into the collapsed Anazi space. After roughly three hundred years of struggle with a variety of species, they came out, more or less, at the top of the heap.”

“So, who are they?” Lockhart asked.

“Humanoid.  They look like us, mostly.  Theirs is a medieval society.  Some planets and systems are ruled by a committee of the rich, mostly merchant class.  Most systems are ruled by the noble houses, like the Hungdin.  The have an emperor, though most of the nobility have their own armies.  When they expand their empire, the emperor usually steps in and pays off the noble houses for use of their armies, but takes the bulk of the territory for the crown. I guess that is how you get some planetary systems run by committee.”

“But what are they like,” Katie wondered. “I mean apart from the fact that they look sort of like us.”

Lincoln nodded and frowned as he told them.  “They have very sharp teeth and an internal system that appears able to digest anything that is carbon-based organic.  They do make and use slaves of some species.  They probably learned that from the Anazi.  But some species become lunch.”

Decker spoke plainly.  “Given the level of scientific and technological advancement on Earth at present, I would say we are standing on a lunch planet.”

“They don’t cook their food, either,” Lincoln added.  “They rip and chew.  They must have strong jaws.”

“As do we,” Elder Stow pointed to Sukki’s mouth, as Sukki nodded.  “Bet we have mostly molars, good for fruit and vegetables.  We are not big meat eaters, as you know.”

“Okay,” Lincoln took back their attention.  “But here is the thing.  The Humanoid show up chasing an old Anazi-Android ship.”

“Artie?”  Katie spoke right up and put a hand on Lockhart’s arm, and he nodded. Artie, along with the Egyptian goddess Sekhmet, became like practice daughters for the couple, before they married. The goddess Amphitrite, that is the Kairos, even made Artie human for a time.  On the day Katie and Lockhart married, however, Artie returned to her Android self and led her Android people into space to find a world they could make into their home.  “Could Artie be here?”

Lincoln shrugged.  “She is mentioned in the database, but I will have to read more before I can say for sure.  It may just be her people who talk about her.”

“I can hope,” Katie said, and Alexis had the good sense to change the subject.  She checked Muhamed’s arm where he had been wounded.

“So, tell me,” she said to him.  “How did you come to be all alone and chased by skeletons, no less.”

“Ahh…”  Muhamed drew out the sound as he settled his mind.  He spent that whole time, up until then, thinking through exactly what lies he would tell.  He knew he needed to stick as close to the truth as possible, to make it believable, while still throwing them off the trail.  People turned to him to listen.

“I am a simple chemist from Medina. It is a small town in the Araba that you have probably never heard of.  I came with a caravan in search of frankincense and myrrh and other such things to make my medicines.  We camped on a field some distance from here, but we did not know it was the site of an ancient battle.  Suddenly, in the morning light, the ancient army, mostly skeletons such as you saw, came to life and began to kill my guides and the others.  We scattered.  I ran back the way we came, and against all hope, I cried for help. Then you came to me, and saved me and healed me.  Allah…and the gods be praised.  I am only sorry I have only my person, and none of my things to thank you properly. I had gold and silver, and I would give it all to you in thanksgiving.” 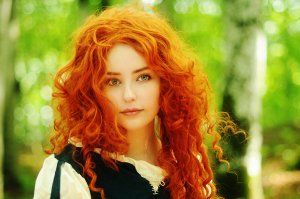 “Not necessary,” Alexis assured him. “Is there a town or city on the way where we can bring him?” she asked, with a look at Boston.

“Yes,” Boston said, but she looked at Katie and Decker.  Those three went hunting together and took time to discuss their uneasy feelings. Boston’s elf senses told her Muhamed did not exactly tell the whole truth, but she felt uncertain what to ask.  She checked with her eyes.  Apparently, Decker and Katie did not buy the story either.

Lincoln spoke up.  “The necromancer,” he said.  “He must have passed through the field just before the caravan settled in for the night.”

“Or he came in the night,” Lockhart suggested.

“Or he was a member of the caravan,” Elder Stow offered an alternative.

“I do not know if any of the others survived,” Muhamed said, and appeared to grow introspective.  Internally, he adjusted his lies to point a finger at the rude fat man that came across him on the trail and refused to allow him to travel with the caravan unless he got paid in gold.  Muhamed hoped the fat man got eaten by the skeletons.  Then he wondered again why the bones were so hard to control.  He decided the bones needed more flesh on them for him to really control them.  He would escape and move into the future through the time gate, and try again.

Ibelam’s crew and the travelers run into Humanoids and Androids at war, and Muhamed escapes.

Until next time, Happy Reading