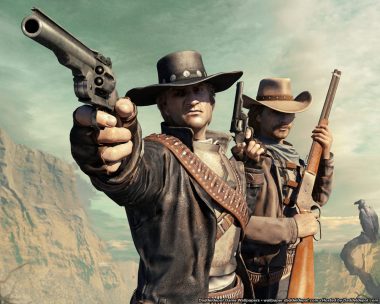 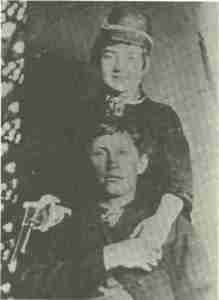 After 882 BC Dandaka Forest.  Kairos lifetime 73: Lakshme, not Sita.

After 821 BC Phoenicia. Kairos lifetime 74: Ibelam, the Sailor

After 761 BC Before Rome. Kairos lifetime 75: Valencia, Mother Wolf

After 702 BC The Levant. Kairos lifetime 76: Tobaka, Nubian Prince of Egypt

After 643 BC Babylon. Kairos lifetime 77: Labash, the Gardener

After 588 BC Babylon. Kairos lifetime 78: Xanthia, Sister of Cyrus the Great

After 529 BC, The Himalayas. Kairos lifetime 79: Rajish the Defender

After 357 BC, Pella. Kairos lifetime 82: Diogenes: Alexander’s chief of spies.

After 267 BC, Qin. Kairos lifetime 84: Meng Shi and the First Emperor.

Robert Lockhart, a former police officer, now assistant director of the Men in Black.  He was in charge of the rescue mission that left from 2010 in the common era and went to the beginning of history.  He is now charged with leading this expedition through time though he has no idea how he is going to get everyone home alive.

Captain Katherine Harper-Lockhart (Katie), a marine and an elect—a one-in-a-million warrior woman, whose doctorate is in ancient and medieval cultures and technologies.  She is torn between her duty to the marines and her desire to be part of this larger universe she is discovering.  She now carries the prototype amulet once used to kidnap Alexis.

Boston (Mary Riley), a Massachusetts redneck hunter, rodeo rider, and technological genius who finished her PhD in electrical engineering at age 23.  She carries the Amulet of Avalon, a sophisticated combination electronic GPS and magical device that shows the way from one time gate to the next.  She became an elf to marry Roland; but now Roland has disappeared, and may be dead, though she insists the Kairos managed to grab him at the last minute and brought him back into the future.

Benjamin Lincoln, a former C. I. A. office geek who keeps the database and a record of their journey.  He tends to worry and is not the bravest soul, but sometimes that is an asset.  His wife, Alexis, was kidnapped by her own father Mingus and dragged back to the beginning of history.  This prompted the rescue mission which got everyone stuck in the past with the time gates in the time zones as the only option to get home—the long way around, as they say.

Alexis Lincoln, an elf, Roland’s sister, who became human to marry Benjamin.  She retained her healing magic when she became human, but magic has its limits. For example, it couldn’t make her father happy with her choices.  She was the one who got kidnapped and dragged into the deep past where she needed to be rescued.

Elder Stow, a space traveling, technologically advanced Gott-Druk (Neanderthal) from the future who got thrown back into the past. He is forced, at first, to make a truce with these ‘humans’ to join them in their journey.  He has since adjusted to the idea, and believes it is his only chance to get back to the future.

Sukki, a Gott-Druk from the before time, taken off planet to a new world at the time of the flood.  She joined a small group determined to return to Earth.  She is the sole survivor after thousands of years in cryogenic sleep.  The travelers take her with them, knowing she cannot survive in the past, and she is learning that these travelers are now her new family.

Major Decker, a former navy seal, now a marine special operations officer who will do all he can to keep everyone alive, even if it means shooting his way back to the twenty-first century.  He is a skeptic who does not believe half of what they experience—even if he does not know what else to believe.

That makes 8: Two married couples, two Gott-Druk, one Marine Major, and one Elf.  And introducing:

Evan Cecil Emerson, Assistant Professor of Antiquities in Latin and Greek.  He got pulled into the past from 1905 and lived most of seven years with others in the days of Julius Caesar. He and his wife traveled back to the beginning of the Roman Republic, but he became trapped for six months as a slave to the Roman monarch.  The travelers set him free.

Millie Emerson, also from 1905.  She became separated from her husband in a time zone at war.  She got forced back to the future zone, but found friends there.  She opted not to return to the Rome of Caesar, but stayed instead in Babylon holding on to the thin hope that her husband might find her.

The Kairos.  But that is a different person in each time zone.