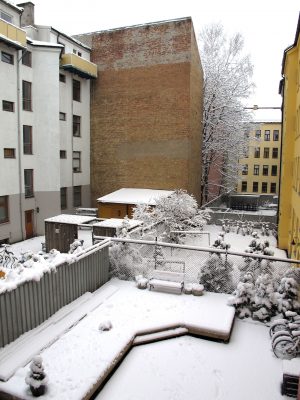 Monday morning, Chris got up to the sound of someone rummaging around in the kitchen. “Lilly?”  He called out of reflex, before he shook his head.  It could not have been Lilly.  It had to be Mary.  He remembered kissing her.  He felt confused.  He was not certain what he felt, but she kissed him back, young as she seemed.  He did not know how to process that.

“Mary. Mary who?”  He spoke out loud, but paused when he realized he did not even know her last name.

“What?” Mary stood there in all her youth, big eyes, bright cheeks, ears open to the sound of his voice, and skinny, though with plenty of bumps and curves where she needed them.  In fact…  He shook his head.  He did not need to think that way.  Mary licked her fingers before she wiped them on the apron she wore.  “What?” she repeated in her most innocent voice, like everything was perfectly normal.

Chris laughed at the thought of life being normal.  He sat at the table.

“I am sure it will be fine,” he said, as she came to the table.  She brought him a cup of coffee and set it down.

“Let me know if I put too much milk in your coffee,” she said, with a big grin. He frowned, and she spouted an explanation.  “I am Lilly’s babysitter.  I know some. Sometimes I asked, some…  I hope you don’t mind.”

Chris took her hand, paused, looked at his own hand holding on to Mary’s hand, and then spoke his heart.  “I don’t know what I mind.  I’m too busy being worried about Lilly.”

“Of course,” Mary turned from a happy young woman to serious in a second.  “I am sure she is fine… Oh!” she slipped out of his hand and raced to the stove.  She got the omelet in time, grabbed the toast, and joined him at the table.

The omelet tasted very good.  Chris smiled for her and said how good it was. She returned his smile and said thank you. He said, “No, thank you,” and then he stopped speaking for a minute and ate.  He also watched her eat, and realized she must have gone home in the night and changed her clothes.  She looked closer to his age for some reason, so he thought maybe she changed some makeup stuff, too.  Still, she remained the same person he got to know when she first moved in.  She remained Lilly’s babysitter, and that triggered the question. 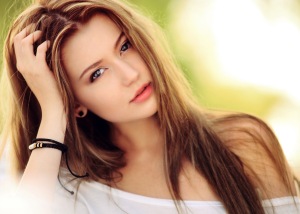 “Tell me about Lilly.” He could not get over the feeling that Mary knew more than she was saying.

“I can’t. You know what I know.  But you must believe that she is all right and in no danger.  More than that, I cannot say.”  Mary looked sad.  Chris picked up his plate, and hers.  He gave her a kiss on the top of her head and took the plates to the kitchen.  He decided, if she wanted to be with him, who was he to argue?

Mary shook herself back to the topic.  “As soon as Plum and Roy get here.”  She put one hand to her ear and leaned toward the front door.  “I’m surprised.  I usually show uncanny timing.”  She paused to think.  “I don’t believe I have forgotten to tell you anything.”

“Like where we are going?”  He trusted Mary, and chided himself for thinking she knew something she might not be telling him.

Someone knocked on the door.

Mary rushed to answer it.  “You were not my choice,” she whispered to the two, as she ushered in two people who looked like men, in an odd sort of way.  Chris had to squint a little.  Their odd appearance was not helped by their sizes and shapes.  Mister Plum looked short and stout, like the proverbial teapot. Roy stood tall, taller than Chris, but he appeared terminally skinny.  Mutt and Jeff, Chris thought.  Abbot and Costello.

“Mister Christopher,” the short one spoke.

“Name’s Plum.  Not Mister Plum.  Just Plum will do.  My partner is Roy.  Private eyes. We have a long journey ahead of us. I hope you are ready.”

Chris paused, but only for a second as he decided which question to ask first. “You know where Lilly is?”

Plum nodded.  “Roy followed them right up to the door.”  Roy nodded, but said nothing.

“What door?” Chris asked.  “Why did you say a week-long journey?”

“The door to Middleton,” Plum said.  “That is the door we need to go through.”

“A lovely community, full of good souls.  That is why I know your Lilly is all right,” Plum said, and Roy nodded again.

“But, why a week?  You said no passport, but I can get to anywhere in this country in a day; three or four at most if I sight-see along the way.  Why a week?”

Roy looked at Plum, and Plum thought before he responded.

“It’s like this.  I am sure they have moved on from Middleton.  That is where we will pick-up their trail, but we will have to travel across country from there, you see?”

Chris shook his head.  “I don’t see. And I don’t see how you can be so sure Lilly is not in danger.”

“Sometimes, you have to believe,” Roy said.

Plum looked at Roy like Roy just gave a long-winded speech.  “Trust is the word I would use,” he said.  “You got a trust she is all right.  No one captures children without some purpose.  You might get a ransom note, but for now, you gotta believe she is okay.”

Chris slowly nodded.  Mary looked like she watched the exchange and managed to keep herself from biting her nails. She thought to interrupt.

“No, no,” Plum responded.  “The door is a good walk from here, but nowhere to park on either side.  No suitcase.  You got a backpack?”

Chris looked at Mary.  Mary said, “I can use Lilly’s school pack.”  She added for the two men, “It’s pink.”

“Did you see who decorated my apartment?” Chris asked, ignoring Mary for the moment. 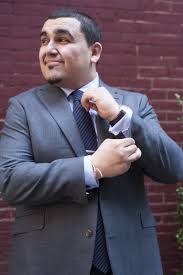 Plum and Roy eyed each other before Plum spoke.  “Yes, we did.  And Lilly went with them, willingly, as far as we could tell, but there were too many of them to stop.  So that is why we followed them to the door.  But they seemed like very nice people, and that is why we figure she is okay. Now, let’s get going.”

Chris looked at Mary again.  She said, “I don’t see that we have any choice.  These two are the only lead we have.”

Chris nodded and turned to his room to empty his suitcase and repack his things. Roy followed him into the room, but Chris ignored the man.  He had Ricky’s old army pack.  He had Ricky’s gun as well.  He got it out from the little safe and looked at it, to think.  He glanced at Roy, and saw Roy shake his head and hands.  Chris did not know if that meant he felt Chris would not need the weapon, or if he generally did not like guns.  Chris put it away.  He did not like guns either.

It did not take long to transfer what he could from his suitcase to the backpack. He put on his hiking boots, and followed Roy back to the main room.  Mary stood there, ready.  Chris felt a little surprised.  He figured she would have to go back to her apartment to get her things, but it seemed she already had her things in Lilly’s school backpack.

Chris nodded before he smiled.  “A woman who travel’s light,” he laughed.  “Hardly makes you feel human.”

Mary frowned and pushed Plum out the door.  She was not ready to go there.

The sun came out that day, and it helped Chris’ mood.  The snow did not really melt, but it glistened in the sun.  Roy walked out front, and kindly said things like, “This way,” and “Over here” to keep them walking where they needed to go. Mary stayed beside Chris all morning, but mostly looked at her feet, like one deep in thought.  Chris walked, head up, and tried to think about the twists and turns of his life.  He found he could not concentrate for worry.  His mind felt like it was in a fog.  Plum talking the whole time did not help.  The man pointed out things as they went, and Chris wondered if the man doubled for a tour guide.  He politely looked at everything as Plum

pointed, but it did distract him.

Cue: Here We Come a Wassailing

Chris tried to keep track of the route they followed, but it felt like his life. He could not concentrate.  He felt surprised at how quickly they came to an area of the city he did not know.  After that, he got completely lost.  He might have panicked, but Plum pointed out and named a few tourist-type things that he heard about but never went to see.  Still, it felt strange to know there were so many businesses, streets, back alleys, shopping centers, neighborhoods and all that he did not know. His little city also seemed much bigger than he imagined.

A Holiday Journey: The journey begins in earnest, and doesn’t get too strange, at first.