When Greta woke, she did not want to move. She rested in Darius’ arms, and she wanted to just stay that way forever.  Sadly, they were in Kurt’s small bed, so they had no room to move. One move of her arm, and Darius woke, and Mavis woke from her place on the floor.  Greta considered that at least her bed was bigger than Padme’s bed where Hans and Berry were sleeping.  Berry slept on top as Han’s blanket, which she would not be able to do much longer, when she began to show.  Kurt and Padme squeezed into bed with Bragi and Karina.  Father slept in the chair, which he did not mind since he often slept sitting up to reduce his snoring.

“My family,” Greta sighed softly, and got up. Darius wanted to hold her some more, and that made her smile and kiss him before she killed that thought.  “We both have work to do,” she said, and he reluctantly understood.

Pincushion, in the other room, had already started cooking things that smelled wonderful.  That was what woke her, and Greta knew the others would come stumbling out of the back room soon enough.

“I have work, I don’t know about you,” Darius said. “We will probably spend the next week burying the dead, and Hadrianus and the elders of Porolissum have plans to turn our temporary battements into a permanent city wall.  They want it big and made out of stone.  I have to write letters to Marcus and the emperor telling them everything that happened here and about our plans.  I am going to ask for a second legion in the province since we are sticking out the way we are into enemy territory and have the longest, most indefensible border in the whole empire.”

“I understand,” Greta said as she sat beside him and took and squeezed his hand.  “And the enemy?”

“We watched and got reports in the dark that they all moved off.  I suspect by this point there won’t be one in sight.  They had orders to wake me if that was not so.”

“Just as well,” Greta said, and pecked at his lips.

“I got that feeling that you were about to go somewhere,” he said.

Greta nodded, but Pincushion interrupted.  “Not before breakfast.”

Then Mavis interrupted. “Not without me.”  And Greta sat and waited as others came out to join them, and they all ate wonderfully well, and too much.

After breakfast, Greta took Darius out the front door, Mavis following, and Greta explained her intentions.  “I may be gone a few days.  I don’t know how badly the Wolv transport may be broken.”

“All right.  But come home as soon as you can.  I am going to need your wisdom to craft the letter concerning General Pontius and his followers.” 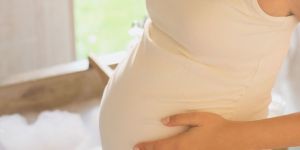 Greta shook her head.  “Mithras will probably keep the cult alive as long as he is alive, but it won’t be the same.  The rituals will become just that, rituals, and the compulsion to devotion will be gone. I hope he will find the courage and be willing to end his journey in the next hundred and fifty years or so.”

“You were shaking your head?”  Darius knew her.  She had something else in mind.

Greta smiled and tapped on his chest.  “You, Mister Governor who is not yet retired, need to work on turning the Goths and Slavs into serious friends and allies for the future.”

Greta shook her head again.  “I have a feeling the Lazyges may become ornery in the next twenty or thirty years and the Celts may try to blend in with the Latin population of Dacia, and maybe extend the western border a little to include them, for their own protection.”

“So they should be like citizens of the Province?”

“Ask Rhiannon if you can catch her, but I think so, more or less.”

Darius nodded and stepped back, ready to move out when they saw Alesander, Briana, Hermes, Vedix and Bogus coming down the road, a loaded down Stinky trailing along behind.

“No, no,” Greta said.  “Not this time,” and she went away so Danna could take her place, and Danna grabbed Mavis’ hand and they vanished from that place altogether.

Danna was able to make sure no one watched when she and Mavis appeared just outside the Great Hall of the Governor’s residence in Ravenshold. Danna traded back to being Greta before anyone noticed, and Mavis let go of Greta’s hand so she could carry Greta’s red cloak.

“Mother,” Greta called as she stepped into the hall, and for one moment it felt like she never left.  Mother was right there, feeding Marta, and Gaius sat on the floor with Selamine, playing with his wooden soldiers.  That moment ended with shouts and running

Greta had to kneel down to hug Gaius, who got there first.  She felt sure she could not lift the big five-year-old in her condition. Fortunately, Selamine scooped him up so Greta could stand and hug her mother who wept.  Then she picked up Marta with a word.

“I hope it is a girl,” Marta said, just to be contrary.

“Sibling rivalry?  But they have gotten so big.  Mother, I have missed so much and I will never get it back.”

“Hush,” Mother took Greta’s hand and helped her to the table where she returned Marta to her chair and took one for herself. “You are home now.  That is all that matters.”

“But I am not home now,” Greta said.  “I am not really here.  There is still unfinished business, but I missed my children so much.” Gaius wriggled out of Selamine’s arms so he could come up and put his hands on his mother’s thigh and look up into her face.  She tussled his hair.  “He is starting to look like his father.”

“I look like you,” Marta said and reached her hands out for another hug.  She was dark haired like a Celt or Roman, not very light blond, and she had a skinny face instead of Greta’s round face, and she had clear skin without a freckle, so the truth was she did not look at all like Greta.  Greta imagined Marta would grow up to be a beauty, but Greta hugged her and she scooted Gaius up on to her lap and only moaned a little.

“What do you mean you are not really here?” Mother was thinking.

“I mean word has not reached here yet, but in a couple of days, riders will arrive from the north and say Porolissum is under attack. Well, it already happened and everyone is all right.  Hans and Berry are home safe, and Bragi, Karina and their children are all safe. The legion from Apulum with some help from our Celtic friends and others defeated the enemy and drove them off.”

“Father is fine,” Greta smiled.  “And I hope we will all be home soon, safe and sound. and you know what?”

Gaius knew enough to say, “What?”

Greta talked to him. and poked his little nose. “Your aunt Berry is going to have a baby too.”

“What?”  Mother sounded surprised.  “But they are just children.”

“They are growing up, and so are my children. Gaius is getting to be a big boy.” Gaius squirmed for a more comfortable seat and Greta moaned and smiled at the same time. 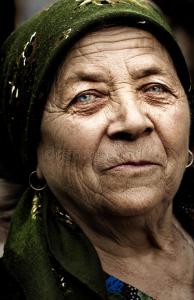 “Mother, I really have to go,” Greta said as she stood. She kissed Marta, her mother, and Gaius, though Gaius turned shyly from the kiss and buried his face in Selamine’s shoulder.  Greta started toward the door, Mavis on her heels, and she thought to distract her mother with a question.  “How is that new tutor, P. Cassius Andronicus working out?”

Mother had to stop walking to think a minute. “Not much for him to do, so far,” she said, but by then she came a dozen steps behind.  By the time she got out the door to the Great Hall, Greta had vanished with her handmaid and her red cloak.