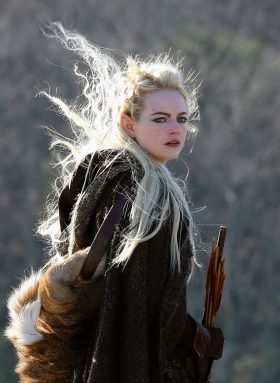 Greta remembered a river being near the base of the forest, but she thought after something closer to four thousand years, the river might have gotten trapped in one place to form a lake and further along, probably further up river, it might have bogged down into the swamp they called Sorrow.  She thought of the elves of Miroven, how they loved the woods.  She remembered the dwarves of Movan Mountain when it was a thriving community.  She feared to think what might be living among the trees all these centuries later, with the dryads and their protective warmth long gone, and she wondered why it would be called the forest of fire.  She did not like that name.

On the fourth morning, she found out what Portent meant when he talked about earth shakes in the area.  They came across a geyser, and then found some pools of hot, sulfur smelling water and Greta thought of Yellowstone.  “The earth has shaken in these hills over the centuries. There is still hot steam and probably lava deep beneath our feet.”  Greta spoke over lunch.

“Then we should move on quickly to get out of this area,” Alesander said.  His eyes went back up the hills in an automatic search for signs of Wolv following. Most of the eyes followed his, and even Greta looked, though she looked to the sky and wondered why the Wolv had not tracked them with whatever auxiliary craft the transport offered.  Despite Lucius’ warning, the group might be forgiven for not looking ahead since they thought the Wolv were behind them.  They were also not looking for men or horses, and so it came as a surprise when they ran into a dozen Scythian warriors.  The men, all on horseback, were richly armored and wore tunics finely embroidered with symbols of the sun.  They were across a short meadow and easily saw the group as soon as they were seen.

Greta cupped her lips and shouted in her best Festuscato voice.  “Riders of Rohan.”  That was all she got out before the Scythians lowered their spears and charged. 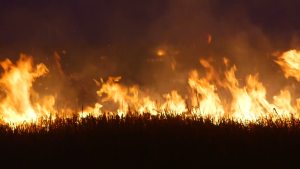 “Heliodrom!”  The warriors yelled the name like a great war cry.  The group made a dash back for the trees when half-way across the meadow a line of fire sprang up in front of the charging warriors.  Horses bucked, shied away and turned from the flames, but it did them no good.  The flames cut off any attempt to renew the attack and then began to chase the warriors, even moving against the wind.

One bit of flame broke away from the rest and appeared to fly up to land and face the group that still stood at the edge of the forest, mostly with mouths wide open. Neither were they more surprised when the flame took on the form of a finely dressed gentleman.  “My Lady.”  the flame-man bowed.  “Mithras said you might need help crossing through the forest of fire.  Allow me to guide you to where you can be safe and find refreshment.

Lord Fritz bowed again, turned and started to walk opposite the way the Scythians were driven.  Mavis stepped up beside Greta as Greta heard Bogus explain to Vedix.

“Fire sprite.  I thought I saw scorched trees and stumps along the way that would indicate as much.”

“Your eyes are better than mine,” Briana said. “I sensed the Scythians, but I did not understand what I was sensing, so I didn’t say anything,” she explained mostly to Alesander.  “I’m just learning, but I did not sense the fire sprites at all.”

“Because they are not enemies, at least not to the Lady,” Bogus butted in and responded to her.  “Your elect senses and intuition are very good for a human, but very focused. You sense the bad guys.” 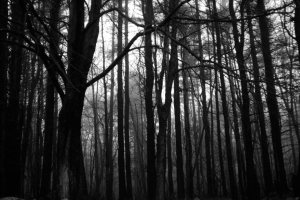 The walk took all afternoon to get to a point where the forest suddenly turned dark, like a day full of deep gray clouds in the sky. They all felt something foreboding about where they headed, and it took some real courage to keep moving forward. Alesander, Hermes and Vedix all looked to Briana, but she did not seem especially troubled by it.  Bogus shared a thought.

“This is nothing.  You should have seen the hexes and whammies I put on the forest east of the River of the Bear Clan.”

“So I recall,” Vedix muttered.

Several fire sprites came in fiery form to guide the group through the dark and up to the inner circle.  There, suddenly, like stepping from night to day, almost like Dorothy from Kansas stepping from black and white to color, they came to an elf village and paused to take in the wonders of it all.  The enormous trees there looked bigger and stronger than any they had seen, and there were ladders and tree houses and walkways between the tree houses made of ropes and vines, planks of wood and oversized leaves. Greta called it the Ewok village, though no one understood her.  There were houses at ground level as well, one and two stories tall, with real glass in the windows and flowers absolutely everywhere, including growing in the roofs of the houses.  The streets were stone, flat and perfectly paved, and they had drainage ditches guaranteed to carry off the most torrential rain.  Most of all, the smell of a Roman, Dacian, or Celtic village was missing.  Everything smelled fresh and newborn.  Nothing smelled of dirt and manure—not even the stables where they left Stinky.

“It would take some strong magic to make this mule smell better,” Hermes said.

Every eye went to Mavis, at least now and then, to try and pierce the glamour she wore.  She kept it up, out of habit, and to not shock the humans, but of course the elf residents had no trouble recognizing her for who she was.  Some of the residents paused on Bogus. It seemed clear they had few good thoughts for the half-breed, but they kindly said nothing, and Bogus did not push the issue.  To be honest, in the universe of the little ones, at least among the earth spirits, most were some sort of mixed blood.  There were very few pure-breeds among them.  Darwin might have speculated that all the spirits began from one root spirit or couple and only differentiated over time into light people and night people, and every in between like dwarves, imps, gnomes, pixies, ogres, trolls, hobgoblins, leprechauns and so on came about from cross breeding.  That would not be correct, but one might speculate that way. 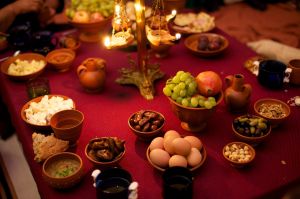 The group came to a long house where they could sleep on soft beds and where they found a table set with a marvelous feast. Lucius, Vedix and Bogus went straight for the food.  Hermes and Nudd waited for Miss Mavis and Mother Greta to be seated.  Alesander and Briana sat down together, Alesander on the end seat, and they appeared to be in a private conversation, so the others left them alone.  Greta noticed that Briana’s Latin was improving.  Vedix still had some to learn, but he functioned with Bogus’ help. They all began the feast before three elder elves came in and introduced themselves as Lord Horns, Lord Longbow and Lady Oreona, a name for which they had no easy Latin translation.  They took three seats at the end of the long table set for twelve, which filled the table nicely, and everyone noticed the elves gave the end seat at the head of the table to the Lady Oreona.

“Welcome,” Oreona said.  She had a warm smile and took a piece of fruit from the table. “Please.” She waved at the food and those who stopped eating on the arrival of their hosts began again.  “You have come some small way, but not nearly as far as you will go, I think.”