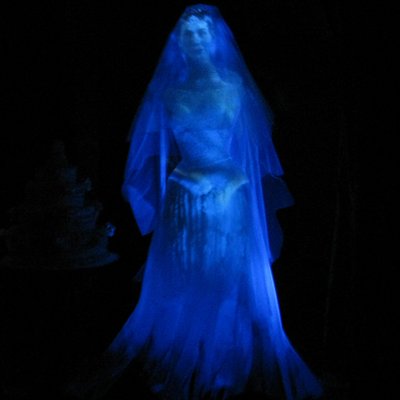 Festuscato got up in the night, carefully and quietly so he did not wake Fianna.  He heard moans coming from the other rooms in MacNeill’s house, but one good scream woke him. He felt fairly sure the scream came from MacNeill’s mother’s room, and it sounded very different from the moans and screams Fianna let out.  Festuscato fought the urge to go back to bed.

Once in the hall, he caught an odor of lavender and pomegranate.  He knew that meant something, but he could not think of what it was, so he asked Greta. Since she did not trust Festuscato’s nose and because scents did not travel well in time between one lifetime and another, Greta had to come and smell it out for herself.  “Definitely lavender and pomegranate.  Smells like too much bad, old lady perfume.”  Greta felt something that Festuscato did not, but she did not see anything, even when she looked in on MacNeill’s mother so Gerraint volunteered.  He said he had been filled with so many gifts from the little ones, something ought to apply. They were gifts he tried not to take advantage of in his own lifetime, but he figured in Festuscato’s time he might help out.

The first thing Gerraint did was take a big whiff of air.  He was not sniffing the lavender and pomegranate, but with his dwarf enhanced sense, he could sniff out an intruder half a mile away in the underground labyrinth of a dwarf mine.  He sensed three presences, one of which definitely seemed to be in MacNeill’s mother’s room. He looked again, but saw nothing, so he tried his goblin enhanced sight where he could see in the dark like an ordinary person could see in daylight.  He closed his eyes for a second to bring up the gift, and when he opened them, he screamed.  The face, inches from his own, looked like a rotting corpse, a grinning skull with the lips peeled away, a maggot infested horror.  Gerraint immediately called on another gift, the elf ability to run like the wind. 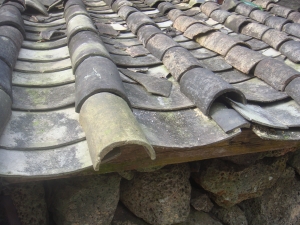 Gerraint raced out of the manor house in the blink of an eye, but there he turned and ran up the side of the house toward the roof. Near the top, he had to let his gift for fairy flight take over.  Most people don’t know that fairies can fly, even when they are in their big form and without wings, but they can’t fly fast or far, and it is very draining.  In this case, Gerraint landed on the edge of the roof where he could crouch down beside a chimney and watch the door and the clapboard windows on the first and second floors.

Gerraint thought about what he saw and what it might be. There were too many options.  It would probably not be not a fever spirit because no one was sick, and not likely an incubus or nightmare spirit or bogyman because he felt no pressure to try to get inside of his head.  Besides, he got the impression that the rotting corpse head looked female so it would not be a bogyman.  It did not seem to be a succubus or banshee, thank God, because it made no move to sink its claws into him and suck out his life force.  It might be a phantom or ghost or specter, but they all tended to be tied to a location.  He supposed one might have gotten attached to a Traveler wagon, but then they would be haunting the Travelers.  They were not so smart.  This clearly went out from the Traveler camp to attack the locals.  That said two things.  First, it was intelligent enough to not attack its ride, its means of escape. Second, it said that if discovered, it risked being driven off or maybe killed, which meant it was vulnerable.

Gerraint paused when he heard voices.  Gaius, Seamus and Bran were coming back from town.  MacNeill walked with them, asking questions about the faith, while they dropped him at his door before they walked to the barracks where they had beds. At the same time, he saw the three wraiths float out the front door, looking for him.  He had seen them, or one of them, and that posed a threat to them. Gerraint watched as the wraiths gave the priests and Bran a wide berth.  The Priests were committed believers, and Bran seemed worse in a way. He was a Puritan a thousand years before such things existed.  Gerraint watched one wraith reach for MacNeill, a man who still had serious doubts and questions. but the other two pulled her back.  And Gerraint stood.

“Faith,” he said to himself.  “The kind that engenders courage can suck the life out of the wraiths.  A dangerous thing to count on in a pinch.  Meanwhile,” Gerraint shrieked when he felt a tap on his shoulder. 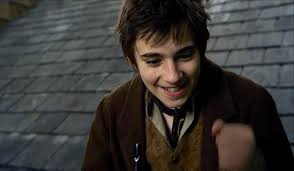 “What are you doing up here?”  Mousden got in his face.

Gerraint held his heart and took a breath before he responded.  He wanted to ask what Mousden was doing, but he took a turn in Festuscato’s lifetime, so his words reflected that.  “Loose brick,” he lied.  He laid his hand on the chimney and watched Mousden look close to try and find which one.

They both stopped when they heard the low moan. They turned and saw the wraiths had floated up to face them.  Mousden flew off screaming, and one of the wraiths followed, though at her speed she would never catch him.  Gerraint leapt off the roof and used his own fairy flight to land safely on the ground.

“Ladies of the night,” he called.  The two that followed him to the ground paused.  “You feast on fear and screams in the night, but faith and courage drain you.  That is why you do not take on full substance, so people will always wonder what they heard and saw, or if they actually saw anything at all, or if it was something like a nightmare.  You hitched a ride with the Travelers and have haunted village after village.  I would bet the Travelers have had to move on from place to place sooner than they wished as they got blamed for the terrors in the night.”

“You understand things,” the wraith with the dark hair said.

“But I sense no great faith in you,” the blond spoke.

“You probably don’t sense much of anything about me. I am hidden in the ancient days. But believe me, the faith is there, and deeper than you know,” Gerraint said, and thought that he could hardly do his job of watching over history if he did not have faith that all things could work together for good no matter how much he messed up.

“The pixie scream tasted good, but it does not fill,” The dark one said, and she started back toward the house, the blond following.  Gerraint knew this haunting could not go on.  It was not fair to the Tinkers or to the people in the villages where the Travelers went.  This was not anything that would 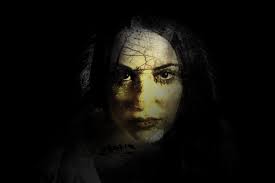 remotely threaten history.  This was not ultimately a danger to anyone, because as far as he could tell, these were the kind of wraiths that had no interest in scaring people to death or driving them insane since they would lose their meal ticket.  This seemed the kind of wraith a lord might keep around his fort if he wanted to scare off intruders without actually damaging them; but then again, the wraith would ultimately not discriminate between friend and foe.

Gerraint stopped thinking when he heard another scream from inside the house.  Though history stayed safe, and these lesser spirits posed no real threat to his little ones, despite Mousden’s reaction, and they were not alien threats like the Wolv or whole armies of Saxons, Scots or Danes, or he should say Scops or Dames. Even so, Danna thought she might do something.  After all, she seemed to be spending a lot of time in Festuscato’s day, what with Rhiannon and all.  Gerraint agreed and stepped aside so Danna could step into the Irish world.