When Arthur came back he appeared all smiles. Gerraint held his tongue, but Percival could not help it.  “Did you hold her hand?  Did you kiss her?  Are you going to marry her?”

Arthur shook his head before he spoke.  “She is the most brilliant and sensitive and lovely woman I have ever met.  I told her the truth, the whole truth.”

“What if the old lady tells Leodegan?” Gerraint asked the practical question, because he knew Arthur had not been allowed ten seconds alone with the girl.

“The lady said she had been keeping Gwynyvar’s secrets since she was born and saw no reason to change now.”  Arthur sat up and got quiet.  Meryddin poked his head into the tent.

“Interrupting?” Meryddin said, and grinned like he knew something.

In the morning, everyone got somber.  They were very open about their intention to attack the Irish lines, and not one person said anything about joining them; not the horsemen who came to

get a closer look at those lances, not the footmen who stood on the walls and watched from the gate, not Mesalwig or Badgemagus, who they finally decided had to be somewhere in hiding.  Ogryvan, when out from under his father’s eye, talked about the distant Arthur, who he only heard about, like he was some kind of a god, greater than Julius Caesar, greater than Alexander the Great, but even he made no mention of joining the war party.

“This will have to be a swift strike, in and out,” Arthur reminded them.  “Our chief weapon is surprise.  Let us not lose that advantage.”  He nodded, and the men who manned the gate opened it, but never let go.  They looked determined to close it as soon as they could.

Even as Arthur crossed the threshold, a great horn sounded that echoed throughout the fort and down into the valley.  The Irish all looked up at the very gate Arthur and company were exiting.

Percival figured it did not matter, so he yelled, “For Arthur!”

“For Arthur!” The men echoed as they raced toward their objective.

Up in the fort, both Ogryvan and Captain Cleodalis came running up to see who blew the horn of assembly.  Men stumbled out of their barracks, while others brought horses out of the barn.  Captain Cleodalis looked like a man facing disaster.  Ogryvan looked mad.  Gwynyvar stood there, hands on hips, ready to spit.  Gwenhwyfach stood right behind her, worried about Lord Lot.  The big blacksmith puffed away, though almost out of breath.

“Why are you blowing the horn?” Ogryvan yelled at his sister, but he knew better than to give full vent to his rage. “Stop that this instant.  I said stop it.”

“Keep blowing,” Gwynyvar said between gritted teeth. The blacksmith knew the score.  He kept blowing while Gwynyvar stepped up to Ogryvan and slapped his face, hard.  “You coward. And you,” She turned on the Captain who shrank before her fury.  “You sniveling coward.”

“Bassmas?”  Gwynyvar did spit.  “What a stupid name.  That is Arthur, Pendragon, and you cowards are leaving him to fight alone.”  Ogryvan stopped rubbing his jaw long enough to stare at the locked gate.  “If Arthur dies, Arthur’s people will wreak such vengeance on this place, not one person will be left alive.  And if Arthur wins while Father stays safe behind his cowardly walls, Father will be lucky to live as a blind beggar the rest of his life.  How dare you…”  Gwynyvar stopped, but only because she could not think of words terrible enough.

“Captain Cleodalis!”  Leodegan showed up and roared.  He evidently heard something.  “Why aren’t you out there on the battlefield?”

“Never mind what I said.  You better get out there and quick.  If you are too late, you won’t be too late for the headsman’s axe.”

Cleodalis ran and started yelling, “Go, go, go!” even before men were properly outfitted or the horses properly saddled.

Arthur’s men cut an easy path to the tent of the Irish King.  Once again, Gerraint got a glimpse of Meryddin’s illusion.  The man stayed back this time, on the castle wall, so he could focus his effort on his work, and Gerraint saw it, five hundred riders in place of fifty, and the Irish saw it too and moved aside, or were cut down. 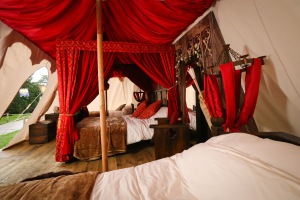 Arthur, Kai and Bedwyr made short work of the few guards around the tent.  Tristam and Percival found the old king still sleeping in bed.  Loth disarmed Prince Marat, though the young man continued to rage threats until Bedwyr banged him on his noggin.  Bedwyr smiled.

“I once had a horse that I had to do that to get him to go.”

Gerraint alone kept his eyes on the surrounding fight. Many of Arthur’s men were coming up, ready to form a wedge around Arthur for the return trip to the fort, but the Irish were coming awake and getting organized.  The company counted on the fact that the Irish had fifteen hundred men, but they were spread fairly thin to circle the fort.  The men around the King’s tent did not number more than two hundred, not an impossible number for lancers and well trained horsemen.  But that condition would not last long.  The Irish started gathering.

“Surrender,” Arthur said.  “Tell your men to cease hostilities and throw down their arms.”

King Rience looked around at his dead guards and the strong, young men who held his arms, and bowed his head.  “Whom am I addressing?”

“I am Arthur, Pendragon of Wales, Cornwall and Britain, and by rights you and all of your invading friends should be hung as pirates.”

“I yield, Arthur Pendragon,” the old man said and bowed his head again before he shoved Percival away and grabbed at Percival’s sword in the process.  Percival kept his sword, and Tristam slipped his knife into the king’s chest before he thought about what he was doing.  The king did not linger as Tristam’s blow cut the heart.  Prince Marat screamed, and since Bedwyr made sure the young man had been disarmed, Loth let him go to his father where he fell down and wailed.

“We need to go,” Gerraint yelled into the tent. The foot soldiers appeared to be waiting for more distant reinforcements, but a party of some thirty horsemen with spears looked ready to charge.  Gerraint jumped up on his horse and called, “RDF.  Form up.”  Gerraint took one second to lean over to Uwaine and Gawain and yell.  “Stay here.”  Then he charged, before the Irishmen could get fully organized.

To be sure, Arthur’s men killed or wounded or at least knocked the thirty Irish right off their horses.  The RDF suffered three casualties and twice as many wounded, but then they were able to return to protect Arthur even as the gates in the fort opened and men began to stream out.

Loth, Kai and Bedwyr packed up Arthur and Prince Marat and led the way back to the fort, the body of King Rience draped over a spare horse.  Some of the Irish saw and immediately headed back toward their distant ships.  Many of the Irish continued to fight bravely and there were casualties on both sides.  Given the time and the thirty lances Gerraint became able to train on group after group of the enemy, the Irish finally surrendered.  When Gerraint left the cleanup to Leodegan’s men and rode back into the fort, he found Gwynyvar and Arthur kissing.  She was afraid he was going to die.  Gerraint imagined he just wanted to kiss her.

Later that evening, Arthur, Gerraint, Loth, Kai and Meryddin walked again into the great hall, Arthur holding tight to Gwynyvar’s hand.  Leodegan came out from his chair to fall to his knees.  He dared not say anything.

Arthur looked around the hall, casually. Badgemagus sat there with his foot up on a stool.  His gout looked really bad, and that explained his absence up until then. Mesalwig sat with him, and so did Ogryvan.  Once they lead the men out from the fort, they acquitted themselves well, so Arthur had no complaints.  Gwenhwyfach stood by her father’s chair, trembling.  She wanted to run out to Loth but did not dare.  Curiously, everyone knew Loth would have accepted her and no one would have complained, but she was young.  Captain Cleodalis sat at the table, trembling, but Arthur decided that he was Leodegan’s headache.  Meryddin went over to stand beside the druid when Arthur spoke.

“Stand up, Lord Leodegan.  This is your lucky day.  I just can’t think bad thoughts about the father of my bride.”

Leodegan got up and his face visibly brightened. “I know you are Arthur, the Pendragon. Who else could defeat the whole Irish army with just fifty men.”  And so, things were settled with a feast, and while Arthur kissed Gwynyvar, Loth took Leodegan into a back room for a private talk.

MONDAY…yes, returning now to the regular schedule of Monday, Tuesday, and Wednesday at 8AM

so … MONDAY, R5 Gerraint.  Peace is nice for a while, but the Picts and the Saxon raiders and pirates appear to be building something, and no one wants those two working together.  Until Monday, Happy Reading 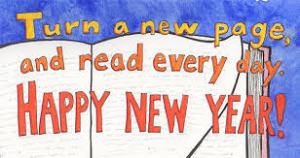