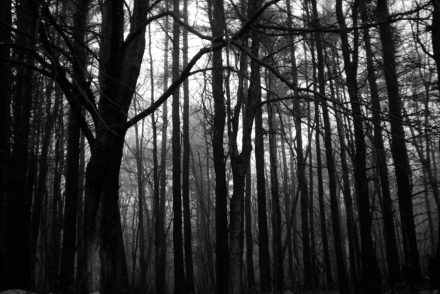 “Heilbraun seems a good man,” Gerraint mentioned to Arthur as the two rode side by side in the evening.  One flaw in the plan was the lancers, which included the knights, their squires and the RDF, had to swing around in the dark and be in position by dawn.

“He is, and not terribly old yet,” Arthur agreed. “But he must have some persuasive counselors to push him into war.”  The leading lights, the fairy lights Pinewood provided, curved in to enter the back of the forest.  Come dawn, they would charge out the other side.  Arthur turned to the men behind him.  “Keep your eyes on the horse in front of you.  Pass it down the line.”

“What you are saying,” Gerraint continued.  “He must have his own version of Meryddin pushing and tugging him against his common sense.”

Arthur huffed.  He did not like that comparison, so they rode in silence through the trees.

At last, the fairy lights vanished and Arthur halted the column of riders.  Two of the lights then reappeared and came right up to face Gerraint and Arthur. They were two lovely women who Gerraint named as Rose and Mistletoe, and they had a report.

“The Norwegians in the woods are all dead. They got shotted full of arrows and moved away.”  Mistletoe covered her eyes like she did not want to remember.

“But the horses were all taken by the gnomes and given to Deerrunner,” Rose finished the thought.

“Bogus said to tell you the way is clear on the other side,” Rose went on.

“But now there are scardy dark elves keeping their strange eyes on the enemies,” Mistletoe said.

“Goblins,” Gerraint said, before Arthur could ask. “Thank you Missus Rose and Miss Mistletoe.  Now we have work to do, but not until morning.”  The fairies vanished, even as a rider came up dangerously fast in the dark.

“Where did they go?”  It was Meryddin.  He was supposed to be back helping to get the nags and riders ready, but obviously he snuck along.

“Where did who go?” Gerraint asked as Arthur dismounted and sent word down the line to keep quiet and move up into position.

Meryddin yanked his horse around and rode off at not quite so dangerous a speed.

Meryddin did not catch a little one during the engagement, but there were some close calls.  Poor Gerraint felt more worried about his charges than he felt about charging the enemy.  When it got to actually moving out of the woods, though, his mind focused on the task. He drew Salvation when he lost his lance in the back of a fat, fleeing Dane.  He watched as the Danish and British foot soldiers clashed, and the Danish line crumbled.  Too much of the line was moving sideways and getting in the way, and soon too much of it started fleeing over the little rise in the ground.  Sergeant Paul and his thirty riders from Cornwall with Melwas with his twenty from Lyoness hit the other side and Gerraint felt Bogus’ frustration because few men would flee to those woods as a

chance to escape. Gerraint stopped and looked up the little rise.  He had mayhem all around him, but he stood still for a whole second which felt like an hour.  Then he started up the hill.  Men ran before him and dove to the side to get out of his way.  Gerraint got there in time to see three men cut down with arrows, each one a perfect shot.

“Deerrunner!  Cut it out!” The arrows instantly stopped, but then the elves charged, about a thousand of them, and if Gerraint did not have to defend himself, he would have put his face in his hand

In short order, the Danes realized they were surrounded and began to surrender.  Even as Arthur accepted the sword of Heilbraun, Gerraint yelled go home to whatever fairies, dwarfs, elves, or whoever might be listening.  “No next time,” he added.  “That’s cheating.”

Arthur had seven hundred dead and wounded, and such were wounds in those days they often referred to them as the dead and dying. Heilbraun and the Danes lost over three thousand men, an astounding number, but Gerraint knew at least half of those casualties were due to the little ones.  The elves alone may have accounted for a thousand, a number equal to their own, and without losing a single man, or rather, elf.

Heilbraun’s forces were crushed beyond reason and he pledged that there would be peace as long as he was alive and remained King of the Danes.  Of course, in Gerraint’s mind, he imagined the Danes could send for more ships and more young warriors at any time.  By contrast, the loss of seven hundred Britons and Welsh felt irreplaceable. After two days, Arthur found Percival protecting Greta as she tried to bandage a leg wound that she feared would get infected.

“Goreu,” he started, but Greta growled at him.

Arthur started over.  “Greta.  I just got word from an RDF courier.  The Irish have come up against north Wales and they have poor Leodegan under siege.”

“Pirates, a band of brigands, or the whole Irish army? Gerraint is asking,” Greta said.

“We need better information before we drag the whole army across the whole island,” Greta said, and stood.  “Percival, please escort me to Gerraint’s tent.”

“My lady,” Percival responded and put his arm out for her to hold.  Arthur watched and after a moment, closed his mouth.  Then he made a decision even as Meryddin found him.

“Who was that blond?” Meryddin asked.

“Greta.  A healer,” Arthur said, and walked off so Meryddin had to follow.

Arthur let the army go home.  He said they needed time to bury their dead and grieve for their losses.  “Three victories in three weeks,” seemed about the only thing he said the whole way across the island, but he understood, as they all did, that the last victory became one to cry about, not one to rejoice over.  Gerraint said nothing at all.  And poor Uwaine also remained silent because he did not know what to say.

Skipping over New Year’s Eve and New Year’s Day, the story will be posted on Wednesday, Thursday, and Friday this week.  Arthur meets Gwynyvar.  You won’t want to miss that.   Until then: 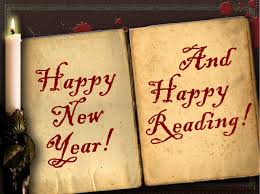