Men still fought in the distance, nearer the raised lake which had been the mount, but nearby there was the scene.  Kunther and Drakka were to her left with rifles in their hands.  Kunther screamed.  “Kill them! Kill them!”  He sounded like a man for whom all had been lost, but he pointed the rifles at Marcus, Darius and Gaius.

“No!”  Greta screamed in return, and with a run and a leap she threw herself in front of Marcus, turning her back on Kunther.  The guns went off.  A bullet struck Greta square in the back.  She fell into Marcus’ arms, who went to set her down gently, but she saw that Gaius went down and Darius knelt over him.  She wiggled free of Marcus, but had to practically crawl over to Gaius.

“My Lady.”  Gaius said, but he could say no more.  The bullet came out his lungs.  Marcus saw and found tears in his eyes.  Darius stayed strong, but stoic.

“Gaius.”  She spoke quietly.  She had the wind knocked out of her as well.  “Do you know the Icthus?” she asked.

“I know the cult.”  Gaius said through his pain.  The bullet had clearly nicked his heart as it bounced off his ribs.  There was not much time.

“Set your mind and heart on him,” she said. “And when you see him, tell him that I love him and I am tired, and I want to come home.”  Greta could not be sure how much of that Gaius heard.  She cried with Darius and Marcus, both of whom were on their knees.  After a moment, she found Darius holding her and she cried in his shoulder.

“Are you all right?”  She heard Bragi’s desperate question but she took a moment to respond.  “Greta!  Answer me. Drakka said he shot you by accident.”

“I’m fine,” Greta sniffed.  “He hit me square in the spine.  I’ll just be stiff for a little while is all.”

“Where?”  Bragi examined her cape.  It had not torn, and her armor had not been penetrated.  She caught his hand.

“It’s all right,” she said.  “Athena said the cape was bullet proof and many things proof. And anyway, Hephaestos’ chain would have stopped the bullet even without the cape.”  Darius got quiet and Bragi stared at him and his sister in the Roman’s arms.

“Darius.  My brother Bragi.”  Greta did the introductions.  “Bragi, this is my betrothed.”  Together, they helped Greta to her feet and shook hands which she thought was a good thing. “But Darius,” she said, sure that she looked a wreck.  “If you don’t want to marry me, now, I’ll understand.  I mean, now that it is over.” 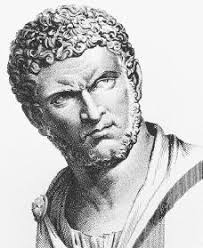 “It is not over.”  Marcus spoke first.  Greta had not known he could cry, and she did not know he could get so angry.  Somehow, that did not seem to be the Marcus Aurelius history remembered.  “Men will be crucified for this.  I swear it!”

Suddenly, Greta knew her job became to save as many lives as possible.

“Lady, oh lady, I found you.”  Hobknot, almost visible, did not seem to care.  “Please help me.”  Greta saw that he was about to cry and it broke her heart.

“Dearest Hobknot.  What is it?” she asked.

“It’s the grumpy old lady you gave me to watch.” He howled and several men looked up in a moment of fear.  “The old biddy took an arrow and I am afraid she is dying.  Her crotchety old frame can’t handle it.  Lady, she is the only female I ever met with a brain.  Please, goddess, don’t take her from me yet. Please.”  Hobknot howled again.

“Fae!”  Greta spoke sharply.  “Bragi help me.  No, Darius, help Marcus and for Christ’s sake, don’t let him crucify anyone until I get back.”

“Later,” Greta said, and she walked as fast as her spine and cut, bruised and banged up body would let her.  Hobknot led all the way.

When they arrived back at the outpost, she found Fae in her tent and back in the same bed she had been in almost since they arrived.  Berry sat there, weeping and wailing in Han’s arms.  Bragi looked at his little brother, but Hans shrugged.

“You have all been busy since I have been away,” Bragi whispered.

“Lady,” Fae said.  “You should have seen it.”  Her words were weak and the wound might well kill her, but not for some time. “It was glorious.”

“Tell me,” Greta said and took her hand.

“I knew when I heard the drums.  I knew they were war drums, but I knew my people were still hesitant.  I had to go out with Vilam and the others.  I had to be seen supporting my people.”

“I tried to stop her,” Hobknot said.  “But she is mule stubborn and pig headed.”

Hobknot started to say something in return, but wilted under Greta’s stare.  “Go on,” Greta told Fae.

“When the enemy first charged, they seemed countless, but the Roman cavalry struck them dead center and split them nearly in half. The Romans on this side and near the city took care of some, but I could not see the road.  I only know when the enemy reached there, they were in disarray. The Roman cavalry then turned and came here, to the outpost.  It could not have been better timed, for just then, men from the mount came up to attack us. The cavalry struck them so hard from the rear that despite their weapons, they were forced to flee back to the mount.  They were on foot, you understand.

“Then I saw the thing that worried me greatly. The first charge of the enemy was only the beginning.  The main army, much, much larger, was beginning to charge.  Their numbers appeared so great I feared we had no chance at all.  Then I saw these men and horses shining in the 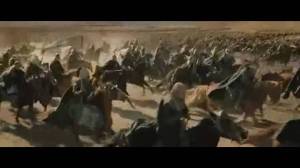 morning sun like saviors sent by the goddess herself.  They were followed by many men on horseback, but they still looked so few compared to the enemy.  Still, as I was watching the lines draw closer, the Mount exploded.  There came a tremendous fire and then a great burst of water utterly destroyed the Temple and blew out the sides of the Mount itself. Great boulders flew through the air, and most on this side crashed into the enemy.  They became confused.”  Fae grinned.