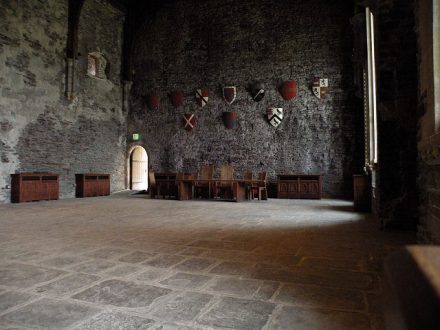 Greta made sure Thissle stayed invisible, because she half expected to find the hall full of men eating and arguing about what to do.  It turned out that they had some food, a veritable feast for the locals, though it looked meager compared to the work of Mrs. Kettleblack.  But the only men she found were Marcus, Darius, Gaius, Hersecles, and Gunwort, a Dacian from Ravenshold, and they were worrying over a makeshift map.  Greta listened for a few minutes to catch the drift of the arguments before she entered the room.  She carried the statue with her, but set it on a table before she came fully into their presence.  The men were polite enough to pause in their argument as she came close, and she took advantage of the silence.

Reaching out, she first called to her armor.  It came to replace her dress and it fit her perfectly.  She had Salvation over her shoulder and Defender across the small of her back.  She wore the cloak of Athena over all, but she left her helmet on Usgard.  The men all jumped, except Hersecles who had seen this trick in Boarshag.

Greta quickly took in the map and spoke.  “The Quadi have camped to the north of the city and have slowly worked their way around to the east and south, leaving only the road and the big open field west of the city as unoccupied.”  The men nodded.  She checked her facts.  Between the outpost on the forest’s edge and the city wall sat a long, flat field. The Temple Mount, the Kogaionon or Holy Mountain rose up out of that field beyond the northwest corner of the city. That seemed one of the reasons the Temple Mount appeared so impressive, rising out of the flatlands as it did. 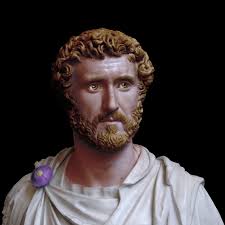 “We must stop them here.”  Marcus pressed his knife into the table where the west field showed on the map.  “We need to protect the road in the southwest for the arrival of the Legion and General Pontius.”

The others started to object, but Greta yelled.  “Quiet!”  And they all quieted.  “I have heard the arguments,” Greta said.  “Lord Gunwort wants to withdraw to the city, behind the walls, and wait for the legion. I know he wants to protect his city and his people, and that is laudable and reasonable, but it might make matters worse if the Legion has to fight its’ way through to link up with us.  Caesar, that is Julius and I once discussed the notion of divide and conquer.  Right now, we are the divided ones.  We need to minimize that division, not cast it in stone.  Two small mouthfuls are easier for the Quadi to swallow than one big lump.”

“My beloved Darius wishes to strike the main camp of the Quadi in the north.  He believes a strong sortie will scatter them sufficiently so that by the time they pull themselves together, the Legion will have arrived.  Unfortunately, he has failed to sufficiently consider the enemy.  This is no sedentary, standing army such as you might face in Gaul, Iberia, Africa or the East.  These are migratory people, mobile people, and for the most part they are on horseback.  They are used to moving from place to place, and sudden enemy raids, and setting up camp quickly, and breaking camp just as quickly.  You can sortie all you want and within an hour they will be right back where they started and entrenched against you besides.”

“At some personal risk, I say, here, here!”  Marcus grinned.

“I knew it!” He snapped his fingers and grimaced before she even began.

“I am sorry, but yours is the worst idea.  That is exactly what they want and unfortunately there may be no choice.  As I have said, this is no standing army. They have no catapults and siege engines, and won’t build any unless they have to.  They are not trying to encircle the city.” 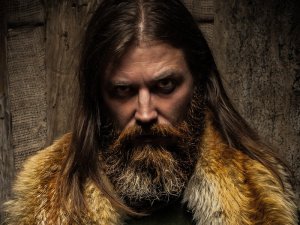 “But then why have they moved into the fields east and south of the city?”  Gunwort asked as if to suggest that she was wrong, so she explained.

“Look at the land there.  It is all small farm fields punctuated by bits of woods, rocky outcroppings, springs and bogs.  It is small hills and ridges.  It is land where a foot soldier might stand a fighting chance against horsemen.  They have taken that option away.  The only option left is Marcus’ wide, flat open meadow in the west.  They don’t care how many legionnaires you bring up, or how well trained they are. On that flat terrain, they know their overwhelming number of horsemen have the total advantage.”

“So if all ideas are bad.”  Marcus no longer grinned.  “What then can we do?”

“Gaius?” She did not hesitate to call on the old soldier.  He was the only one who had said nothing thus far.

Gaius stepped up and looked at the map, but Greta knew he already had something in mind. “I would double fortify the road,” he said.  “Give them the field and don’t even man the fortification on that side of the road, only build it tall enough to keep their horses from jumping it.  That should blunt any cavalry advantage.  They will have to dismount and tear down the first fortification to get at us while we rain arrows down on them from the second line of defense.  Have a group of locals who know the terrain harass the Quadi in the south which are not many but would otherwise be at our backs while we are building.  Also, a couple of quick sorties to the north, not to break them as Lord Darius suggested, but just to keep them off balance and prevent a serious attack until we are ready.  Then, when the Legion arrives, send a thousand into the forest along the edge between the road and the outpost.  Hopefully, they will be unseen.  When the Quadi finally attack, we will have them outflanked, not only by the city wall, but with a thousand bows in the trees as well.” 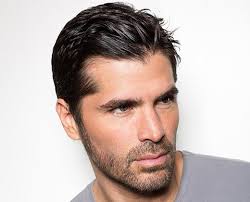 “But the field is wide.”  Darius spoke before Marcus could frame his objection.  “What if they charge down the middle out of bowshot from both sides? They could overwhelm the road by sheer numbers and we would still be divided and maybe even easier to conquer.”

“You need a flying wedge,” Greta said, and when they stared at her, she had to explain herself again.  “It is an old football term.  Call it an arrowhead with a wide base, pointed at the enemy, using your far fewer horses than a normal cavalry charge

“Not to engage the enemy,” Marcus said, catching on quickly.  “But to push through them, as it were, to divide them and conquer, to force them to the edges of the field and within bowshot.”

“Exactly,” Greta said.  “Like a hot knife through butter.”  Greta did not like using the expression, but there were reasons why some expressions became clichés.

“Lady.” Thissle tugged on the skirt of Greta’s armor which hung down just below the knees.

“What?” Greta looked down at her and then looked up when Thissle pointed.  The elf wizard, Sunstone and Yin Mo, lord of the knights of the lance were standing near, patiently waiting.  “Show yourselves,” Greta said.  “What is it? Is there trouble in Usgard?”

Yin Mo and Lord Sunstone appeared as if out of a mist.

Might as well, Greta thought.  “Yes, you, too,” she said, and Thissle appeared, though nobody much noticed except Darius who smiled.  Gaius and Hersecles were busy for the moment keeping Gunwort from fleeing the room.  Marcus, however, appeared fascinated.  It was not clear if he stood fascinated by the fact that they were elves, though they looked quite human, or whether he became fascinated by Yin Mo whose features and dress appeared strikingly Asian. 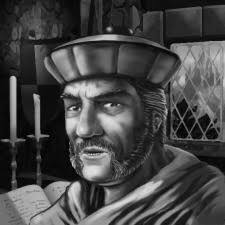 “My lady.” Yin Mo walked up to Greta and dropped to one knee.  He took her left hand and placed it on his head.  “Goddess.  We come on behalf of the knights of the lance.”

Greta went with her impulse, even if it did not sound quite right to her own ears.  “They are not happy with the new arrangement for the defense of the land?”

“No, lady.” Lord Sunstone spoke quickly.  “They see that as a perfect solution and have organized themselves as a second line of defense which is the perfect work for them given their limited numbers.”

Greta took her hand back.  “Stand up, Lord Yin.  Stand up and tell me plainly what they want.”

Yin Mo stood and looked once at Lord Sunstone, then he craned to look quickly at the map, and then he spoke.  “They want to participate in your battle.”

Greta did not pause.  “No. No way.”  She sounded firm.  “Their vow is to defend Avalon, not fight in a human battle.”

“You are Avalon,” Yin Mo countered.

“But maybe I am supposed to die,” she said.  “Defending me might interfere with what is supposed to happen.  Besides, I have no intention of being in the battle.”

“Not necessarily. I have no knowledge that either is in danger.  The Masters don’t appear to be around, just some old guns.  It is just something I wonder when someone of note crosses my path.”

“Who are the knights of the lance?”  Darius asked.

“Killing machines,” Thissle said, with a bit of a shiver.  Some of the little ones were afraid of the knights. 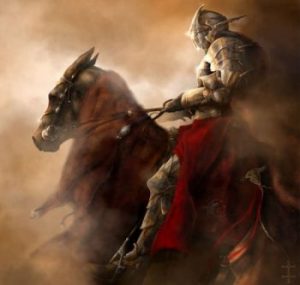 Darius’ eyes got wide.  “You mean there is more than one of him, them?”

“Yes!” Darius got excited.  “Two dozen could change the whole complexion of this battle.  Marcus, you have to see them.”  He almost danced a little jig and Greta wondered if he might temporarily be suffering from elf overload.

“Of course,” Lord Sunstone said, and before Greta could speak, the wizard waved his hand and three knights, horse and all, appeared in the hall looking for all the world like late medieval warriors in full plate armor from the top of their plumed helmet to the tips of their stirrup shoes.  Though they were the size and shape of men, there really was no telling what might be inside all of that metal, except that it seemed at least clear that they were marvelous horsemen.  Their horses hardly moved at the sudden, shocking change of scenery. The knights tipped their lances to the ground in salute.  Each lance had a different ribbon, a red dot, orange waves, a blue lion, and it matched the markings on their helmets and shields.  It appeared the only way to tell them apart.  Having saluted, then, they dismounted and dropped to one knee before rising to stand at attention, while Thissle hid behind Greta’s legs.