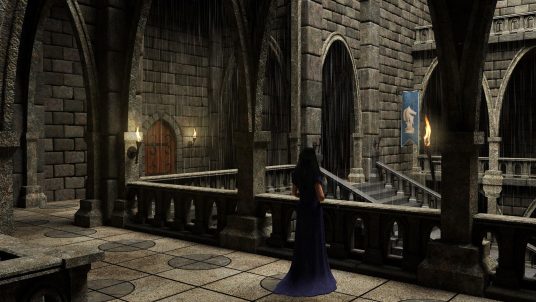 Greta looked up to see her escort of friends and the craftsmen waiting patiently.  They all stared at her, and she knew why. With each thought, she had been a different person of the Kairos.  She had been a different Traveler and without even realizing it.  She became Greta again, but she imagined the whole process had been something to watch.  It seemed something to experience.  She never skipped a beat in her thought processes.  It felt like she was only one person doing all of that thinking, which, of course, she was, regardless of who she appeared to be, outwardly.

“Master Burns,” she said.  “I need four fire sprites for a dangerous mission.  I cannot guarantee survival, so it must be purely voluntary.  If there are not four, I will understand.”  She outlined her problem and her plan to the craftsmen, and when she finished, Lord Madwick answered her.

“No problem with volunteers,” he said.  “Far too many, I would imagine.”  That settled things.

Greta made Berry come home for supper, even though Berry protested, vigorously.  She made Berry get big and get into her own bed to sleep.  Berry whined her teenage best, but barely hit the pillow before she fell fast asleep. It had been a long, tiring day.

Greta spent a little time trying to imagine what her confrontation with Lady Brunhild might be like, but soon enough, she too slept, and she rested.

In the morning, Berry had gone.  It took no insight to realize that she got up in the middle of the night and snuck out to frolic with her new friends under the moon. 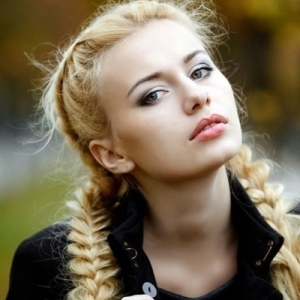 That morning, Greta had a bite to eat in her room, and then she sat in the tub long enough to wizzle her toes while several elf maids made a fuss over her.  They painted her nails, trimmed her brows, fixed her hair, even added some fairy braids, and fixed her face just so.  Greta tried the mirror.  The elfs could do magic on nearly anything, but even they could not make her beautiful.  There did not seem to be much they could do about her freckles, either, so she stretched her fairy cloth to cover her shoulders and shaped it until it resembled the style of dresses she felt used to wearing.  She did indulge herself a little by making the dress conform a bit to her young figure rather than let it fall in the frumpy, one-size-fits-all pattern of her people.  She was just seventeen after all, even if she would soon be an old married woman.  She reminded herself that she had no room left in her life for childhood.  She was the woman of the ways.  She was a goddess to her little ones.  She was the Traveler in Time, the Watcher over History, and the Dacians got guns, and the Romans wanted them.  When she finally left her room, she felt older than time.

Lunch could have been an all-day affair, but Greta’s statuette got ready by one and she went immediately to examine the handiwork.  It proved very hard metal, and fireproof, and yet Greta thought it would have been extremely light if they had not studded it with gold and bits of emeralds, rubies and diamonds.  She decided it appeared a bit ostentacious, but then again, that might make it acceptable to Lady Brunhild.  She struck Greta as the kind of woman who went in for that sort of thing.  She felt sure at least the Priest, Vasen would appreciate it.

Greta toured another couple of guard posts in the afternoon.  Greta noticed that each home for a sprite in each place looked different. The craftsmen kept trying to make things appear as natural as possible and not make it appear as if they were guard posts at all.  For the water sprites, for example, one place had a fountain, a second, a simple fish pond and a third, a bubbling spring.  Greta praised the work.  She knew that would be important to hear praise from their goddess.  She felt glad it was easy to do.

During their last supper on Usgard, Berry yawned the whole time.  Greta said she had to stay and sleep that night because they would be leaving very early in the morning.  Berry did not think that would be a problem.  She remained more human than not, after all, and her human side started catching up to her.  She said her good-byes to Mab and her friends while Greta said good-bye to the assembly. Then they went to bed and slept very well.

The elf maids woke up Greta around four in the morning.  They seemed to delight in fixing her hair, her face, and helping her dress.  Greta thought she still looked exceptionally ordinary, but it could not be helped. She thanked the ladies and got ready to wake Berry, when Mrs. Kettleblack came banging in.

“Breakfast,” she announced in a very loud voice, and Berry sat straight up.  “I got pastries and sweet tarts this morning,” Mrs. Kettleblack said.  She did not mean to be loud.  It was just her normal way.  Honestly, she did not know any other way.

“Morning?” Berry mumbled.  “It’s still dark out.”  That was not strictly true.  The eastern horizon showed a touch of light.

“Thank you Mrs. Kettleblack,” Greta said, and the old dwarf laughed and shooed everyone out of the room.  Greta and Berry got left alone.

Greta looked at her while she took one to try.

“What?” Berry asked at last.  She did not appear comfortable being stared at.  The truth, however, was Greta was still not quite awake herself.  She stared at nothing in particular

“You have to stay big, now, when we go back,” Greta said.

That brought something to mind.  “Berry, sweet.  It won’t do to call me lady anymore, unless you say Lady Greta.”  She paused.  She didn’t even know Darius’ family name.

Berry spoke into the silence.  “But Lady Kairos.  I have to call you something, and everyone knows you don’t like to be called goddess.”

“So just call me Greta,” she said.