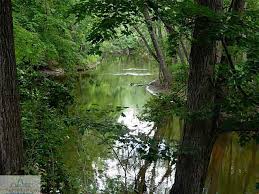 Fae, meanwhile, stayed deep in conversation with the guide.  Hobknot started it.  “So, old woman,” he said.  “Plan on getting senile anytime soon?”  After that, Greta opted not to listen.  That left her to watch after the three men who became very confused about the way they were going.

“It feels sort of like hunting a bear,” Vedix said.  “All of a sudden the hairs rise up on the back of your neck because you realize the bear has circled around and is now hunting you.”  Hobknot lost even the hunter right from the start.

“I’ll say it again,” Cecil spoke up.  “If I wasn’t seeing it with my own eyes I would call any man a liar.”  That seemed about all Cecil said.

As Greta listened, Vilam took a turn to be thoughtful.  “When your boyfriends left town,” he said.  “The image of Danna was still fresh in everyone’s mind and pleasing the goddess was all that we wanted to do.  By the time you returned, though, the image already faded, and some people began to wonder why they were thinking and doing what they were thinking and doing.”

“They were wondering what it was they had actually seen,” Greta concluded.

“That’s a good way to put it,” Vilam agreed.  “By the time Chobar finished speaking, some were determined to do just the opposite of what the goddess asked.”

“I think some of that was out of spite,” Vedix added.

“Spite or unbelief.” Greta said.  “The human heart and mind are amazing.  Even when presented with an undeniable reality, a plain and simple truth, it doesn’t take long to figure out how to deny the reality and believe the exact opposite is true.”

With that, Greta grew quiet and let her mind wander.  Festuscato buffaloed a bunch of ornery, stubborn men by ridiculing their differences and threatening them with the need to work together.  That wasn’t going to work with her Dacians, Romans, and Celts. Festuscato had all Celts, like cousins in a way.  Greta had the Federation trying to get along with the Klingons and the Romulans.

Greta did not know what might work.  By Gerraint’s day, it became more a matter of the old ways versus the new.  People were finding themselves in the awkward position where they had to choose.  The Celts here had a choice to make as well, but it was not old or new.  It seemed more a matter of seeing if Tara, Olympus and Aesgard could get along now that the gods had gone away.  Greta sighed and thought Christendom could not come soon enough.

They arrived at about two in the afternoon, and Vilam looked astounded.  He brought lumber to Ravenshold on a fairly regular basis and he knew how far it was.  “I did not think we would get here until afternoon tomorrow,” he said flatly, yet, there they were, peeking out from the trees, just minutes behind Drakka and the boys. A confusing sight greeted them. She saw Romans and perhaps a dozen of Greta’s people fighting more of her people and strange men with red designs on their tunics.  Greta turned her head.

She looked at the Temple Mount, a little to the West, which left an open space between the Mount and the city wall.  She also saw a wide and long, flat grassy meadow between the edge of the trees and the city, or the Mount, if they chose to go that way.  She saw where the spring from the temple cascaded down the mount in tiny waterfalls and bits of whitewater, and she followed the stream to where it entered the woods some hundred yards West of where they stood. She remembered that the Temple Mount sat on a great deal of water and that water pressed up under great pressure. In fact, the whole area was Germisara. She looked again to the Temple and saw Drakka going up the path with what looked like a prisoner.  Vilam tapped her arm and pointed, and she saw Rolfus and Koren surrendering to the Romans and being escorted from the field. She turned to the Celts.

“Shoot the ones with the red bears on their tunics,” she said.  Vilam and Vedix were ready, needing only a target, and Cecil quickly joined them.  Three arrows flew and one struck home.  Then Greta felt the Princess knocking on the door of time.  She stepped aside and let the Princess come through.

“Once again.” The Princess shouted and drew her own bow to the ready.  Vedix looked dumbfounded, but Vilam turned his head to the task and Cecil snickered. This time four, and then five arrows left the trees.  The Princess, gifted by Artemis herself and the best archer in her generation, firing a weapon made by Apollo, got off two arrows to their one, and both struck their targets perfectly.  A third arrow also hit home, and the enemy began to withdraw, to leave some space between them and the Romans.  A third volley saw four more of the enemy down and they moved off in earnest, under cover of a few wasted bullets as rifle fire came from the mount. 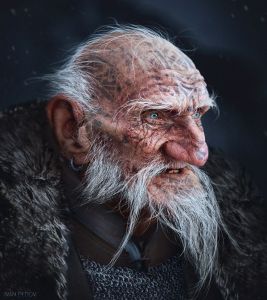 “Pay up, Lady.” Hobknot immediately appeared beside the Princess, tugging on her cape.  The Princess wanted to kiss his grubby little head the way Greta kissed Bogus the Skin earlier, but she knew Hobknot would have been terribly embarrassed with such a show of affection, so instead, she went home and let Greta return. Hobknot shrugged.  “Have it your way.  As I said, pay up, Lady.”

“You need to get invisible and protect Fae and Berry for a while until things are settled.” Greta spoke quickly.  Several Romans and Dacians were on their way to find out who aided them at that critical point.

“Not part of the deal,” he said, but he grinned when she looked at him with such pleading in her eyes.  “All right. But this will cost extra.”  He sauntered over to where Fae sat on a stump.

“I bet you would sell your own mother,” Fae said.

“I would not,” Hobknot insisted.  “But I might trade if the goods were right.”  Fae took the walking stick Hobknot had gotten her and clocked him on the head.  He did not seem to mind at all.

Greta turned her attention to her other worry.  “Berry!”  She shouted. Hans started walking out to meet the Romans and Dacians, and Berry, big, walked right beside him, holding his hand. They stopped.  “Berry, you stay with your sister,” Greta said.

“Come on.  I mean it,” Greta insisted.  Berry let go of Hans’ hand and came back looking very sad.

Finally, Greta thought of herself. She let her armor go back to Usgard where she imagined it got kept and brought back her dress and red cape. They were clean and ready as she hoped, and in her heart, she thanked whoever might be responsible.  She wanted to look as presentable as she could.  She was not sure she wanted Darius to see her dressed to kill.  Besides, too many of her other lives knew all too well how to use those weapons, but she did not, and wanted to keep it that way.  It turned out to be the Centurion Alesander, and he knew Hans right away. When he saw Greta, he bowed slightly.

“Yes, yes,” Greta said, and introduced her Celts as people of the forest and allies.  Of course, they and the Romans could not understand each other at all, but two of the Romans worked well with Vilam and Cecil to make a litter with which to carry Fae.  They skirted the edge of the woods to keep as far away from the Mount as possible, until they came to a fortified outpost.  From there, they could see the city walls and almost see the road, but they were out of range of the guns on the Mount and for the most part, out of sight of the Temple.

Greta needs to be brought up to date on what has happened to understand the way things are.  She has to keep Fae and Berry safe, and face Darius, even if Marcus Aurelius insists on looking over her shoulder.

Next time, “The Way Things Are”