Ragwart cried, Gorse blew his nose, and Bogus hit them with his hat.  “You see, I told you,” he said, and he finished with a knock on Gorse’s noggin.

“That was lovely,” Fae said.  Berry got teary eyed.  She had her arms around Hans and started kissing the back of his head.  He stayed face down, asleep on the table, a half-eaten baked potato by his mouth.

It started getting late.

“Thunderhead!” Greta called.  “How are the itchies?”  She asked when he appeared.

“Better.” Thunderhead admitted in his gravel, deep voice.  He swallowed hard and added, “My lady.”  He must have figured it out and Greta knew that meant he had a tremendous headache.

“What!”  She shot him a look which on retrospect might have been harsher than it needed to be.  Bogus winced like he had been hit with a hammer.  Gorse stiffened and Ragwart hid his face in Gorse’s shirt. “You mated with a human woman which is strictly forbidden.”  Greta said. “And the child, your son, you let him run off to be lost in the wilds of the Dragon Mountains.  Now, your granddaughters have been kept apart all of these years, and that was unkind, too.  I tell you, if you like humans that much, how would you like to be one?” This was the worst of all threats for a little one, and Bogus understood.

“Oh, please.” Bogus fell to his knees and almost worried his hat to death.  “Not that. Anything but that.  I loved the lady fair and square as long as she lived. She took up with that human herself, but I never deserted her. I was faithful.  And I begged our son not to go away.  You don’t know how hard I begged him.  But I could not stop him because a young man of that age needs to make his own way in the world.   And my granddaughters, as precious to me as my own skin, I wanted them with me, but by great and noble sacrifice I let them stay with the humans, theirs being only one quarter spirit.  But when the humans gave one back to me, how I rejoiced.  And we made great magic, and all the best of us joined together so we could release the spirit within Berry so she could truly live among us as one of us. And I loved her.  And I always took best care of her.  And I’ve never been so honest in my life, but please, you must believe me.”

Greta knew he did more or less speak the truth.

“He does not lie.” Berry said, and she and Fae looked at each other with startled expressions.  Berry put her hand to her mouth as if she had said something very strange.

“But you know since the dissolution, the days for separate places is over,” Greta said.

“Yes, Lady. But I thought in this sparsely populated corner of the world we might yet have a little place for freedom, even if only for a short time.  I meant no harm.”  His voice trailed off.  His hat finally stilled, and he knelt like a condemned man waiting judgment.

“There is one thing you could do for me,” Greta said.  “You and your cohorts.” 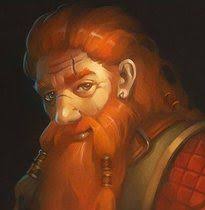 “Anything,” Bogus said sincerely.  “Anything.”

“Make sure no guns escape,” she said, thinking fast.  “No guns, no bullets, powder or nothing else from the future must escape, either by the North road or by the South, or by any other way.  Can you do this?”

Bogus looked at her for a minute and some of his sly self began to bubble up again to the surface.  “How far can I go?” he asked.

“I prefer no one die,” Greta said plainly.  “But by hook or by crook, you must be sure none escape.  You must hide them for me, to be taken to Usgard above Midgard.”

“I think we can deal,” Bogus said.

“No deals,” Greta shot at him and his whole countenance sank.  “I am asking yes or no.”  She said it, and it was a genuine choice.  He knew he could say no with no ill effect, but he also knew he could not haggle over the job.  At last he decided.

“Thank you,” Greta smiled.  “Now, your granddaughters will be with me for a while, and maybe, just maybe I will let them come visit you one day.”

Bogus understood that, too, but he nodded his head.  “We will do what you ask.”  Before he could move, Greta bent over and kissed his grubby bald spot.  His face lit up like the fourth of July and he spun around with great gusto and a big smile.

“Did you mean it?” Berry asked about staying with her for a while, but Greta did not answer right off.

“Thunderhead.” Greta regained the ogre’s attention from whatever planet it had wandered to.  Actually, Thunderhead thought of nothing in particular, and likely nothing at all.  “Please pick up my brother very carefully and carry him as you would the Fairy Queen’s own baby.  I do not want him damaged, but you will have to carry him to the river.”

“Yes, Lady,” the ogre said, and with a gentleness that could hardly be believed in the rock hard, dim witted brute, he picked up Hans and they started back to the river. Thunderhead knew the way, and he was not inclined to lead them in circles.

“Did you mean that?”  Berry asked again as soon as she could.

“Yes, sweet,” Greta said.  “You must stay with me for a while, but you must stay big.  I hope that won’t be a hardship for you.”

“Actually.” Greta interrupted.  “In human terms, she is about thirteen.  I know it hardly seems fair, but it is true.”

“Me too,” Berry said, and she gave her sister a little kiss and squeeze.  “Tell me more about mother,” she said, and Greta tuned them out to give them their privacy.