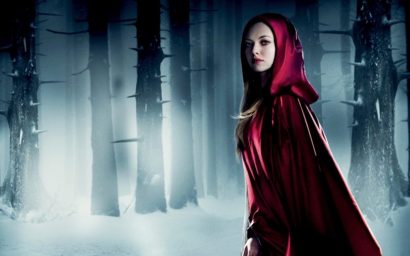 Greta got up before the sun, dressed as quietly as she could and put on her red cloak for the journey.  The days were getting warm, but the evenings and early mornings could still be chilly. She already had her new basket filled with enough food to sustain her for three days.  It felt minimal, but it would suffice.  She also had a flask of water.  She imagined she might find water along the way.  When she felt ready, she crawled out of the window to avoid the guards her father had posted by the front door.

Greta walked across country fields until she met the east road, far out of sight of her house. The grass made squishy sounds beneath her feet.  The road proved full of mud puddles.  The trees dripped and glistened in the first light.  It had rained well after midnight.  By the time she turned off to walk to Mother Hulda’s, where the road turned the other way, the sun broke out over the eastern hills.

Greta stopped in Mother Hulda’s barn long enough to nibble on a piece of bread.  She wanted to be sure she was not being followed. As she ate, her mind wandered to the task ahead.  She began to think of the haunted woods and the many stories that told about people who wandered in and were never heard from again.  She looked at the little Sylvan River in the distance.  It came out of the woods, narrow and clean water, and flowed to join the Tibiscus River north of Boarshag.  They said the Sylvan bogged down in the forest and formed into great swamps, home for all the unspeakable things.  She considered the god Sylvanus and the haunting power of the trees.  She remembered the Roman Century from the days of the last rebellion, said to be wandering still, looking for a way out.  She thought of the stories about demons and strange creatures, and suddenly she had to go before she lost her nerve.  She was not as immune to the children’s stories as she had supposed, and she decided Festuscato and Gerraint were fools to want a haunted forest of their own.

The first thing Greta noticed was the forest floor seemed much dryer than the fields.  The twigs and leaves crunched beneath her feet and the sound echoed among the trees.  The forest also seemed much quieter than the meadows.  Greta got startled by the sound of a bird that broke out in morning song.  She got spooked by the rustle of leaves nearby and almost ran.  She decided to investigate under the false assumption that it could not be anything evil in the morning light.  She thought that proving to herself that it was nothing would help.  She paused when she saw the leaves move.  She held her breath.  The leaves appeared to be moving but nothing moved them and she felt no breeze.  A squirrel head popped up from beneath the leaf bed.  Greta breathed, and laughed, nervously.  It did not surprise her that the stories of ghosts and demon spirits were rampant among the people.

Greta moved on. Again, she heard the rustle of leaves and twigs behind her, but this time she ignored it.  Even after she had put some distance between herself and the squirrel, she still thought nothing of it.  It is just mice or birds, she told herself, or perhaps a deer with a spring born faun.  Yet she found herself listening more closely, because it did sound a bit like the regular stomping of feet.  She stopped to be sure.  The sound stopped.  She started, and the sound started again.  She decided this time she did not want to look, so she ran, and the sound ran after her.

Greta began to weave in and out of the trees, hoping her pursuer would lose sight of her long enough for her to duck behind some cover.  She found a boulder and hit the dirt.  Only the sound of her hard breathing could not be stopped.

“Greta.” She heard her name.  “Greta.”  Hans! She got up and looked to be sure. He stood ten paces away.  Greta smiled and walked up to him.  He smiled sheepishly in return.  She yelled and hit him several times, waking whatever might still be asleep in the forest. 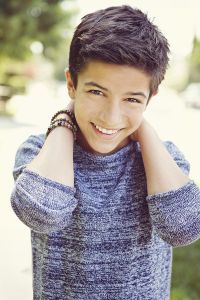 “I didn’t think you would let me come,” he said.  “I heard what you told Papa about going through the forest and I thought you might need my help.”  He pointed to his makeshift backpack.  “Look. I have a blanket and food, and I brought the knife that Darius gave me.”

“Greta.” Hans lowered his voice to a whisper. “If it gets that bad, won’t the Nameless help us out?”

“I doubt it,” Greta said at full volume.  “He says what they all say.  This is my life, my turn.  I have to live or die on my own and no one can interfere with that.”

“But I thought.” Hans paused to think.  “Uh!”  He wanted to protest, but Greta started to walk and he had to follow.  Finally, Hans framed his thought.  “What good is it having a god on your side if he won’t do anything to help you?”

“He is not a genie in a bottle granting wishes,” she responded, and since Hans had no idea what a genie was, he just fell silent.

The forest turned out to not be as flat and even as Greta supposed.  They went down into gullies, climbed ridges, clambered over and around boulders, skirted briar patches and avoided the marshy, fern strewn places altogether.  With all that, it did not take long before Greta became convinced that she had lost the proper direction.  Normal direction was an easy matter since the sun rose in the east and set in the west. But among the trees, she could not really see the sun or tell which way it headed much after nine o’clock.  Now she understood the stories of people lost and wandering forever, searching for a way out.