It took nearly three hours just to wash and braid Greta’s hair, and apply ever so little make-up. She hardly had time to fix her dress before she had to leave, and that was with Vanesca and Yanda helping all the way. Mama felt too nervous to be any help, but she did corral the girls, and at the last minute, wove a spring flower into Greta’s hair and dabbed some essence in several places.  Then she began to cry.

Greta walked slowly with her girlfriends, and tried hard not to think of it as a funeral procession.   They found a great crowd gathered at the central town square, but the crowd parted for her and she heard several mumble, “Little Mother.”  She saw Lord Darius immediately.  He was in the open center, astride a horse, in front of the fountain. She had to admit, he looked rather attractive in full armor, flashing gold in the midday sun.  Thoughts of Troy returned to her mind and she decided she must have been there in some other lifetime.  She also decided that Darius looked a little like glorious Hector before the walls, ready to hold the line against all challengers.  Hector the glorious, yes, but the enemy all the same.

Darius faced a temporary platform which had been set up for the occasion.  Papa, Lord Marcus, and several other men sat on the platform.  The rest, both Roman and Dacian, stood around the outside of the square, in near silence, ten or twelve deep in some places.

Greta left Mama and the girls at the edge of the crowd.  She crossed the open space slowly, thinking she should have a horse as well.  She resented the lowly status of women standing beside the man at the level of his feet; but there was no helping that.

When she reached the horse without stumbling or making a fool of herself, she breathed and placed her hand gently on the horse’s neck to steady herself.  Then she looked up.

Darius looked down and their eyes met.  She saw him visibly brighten and lose the worried look on his face.  He almost seemed happy to see her.

“I was hoping it would be you.”  He whispered in Latin so only she could hear.  Most of even his own troops only spoke Greek.

“I?”  Greta dropped her eyes.  She did not know how to respond to that, and besides, Papa started introducing the son of the Emperor.  Marcus droned on about Darius’ Senator Father and great family line and so on. At last, Greta got introduced as the daughter of the new high chief, and that was all.  Greta did not quite understand.  Marcus was smarter than that.  He should have made a lot more noise about just who she was in the community and to all of the Dacians.  Then she knew what he had in mind as she heard a commotion behind her and saw the crowd part.  Mother Hulda moved slowly through the midst of the people.  She came to Greta and held out her arm.  Greta took it and helped the old woman the rest of the way to the platform steps.

“My embarassement.”  Marcus called Greta that to her face.

Marcus gave a little bow.  “Truly you are a wise woman.”

Marcus almost started to laugh, but backed up a step or two before he lost his composure. Meanwhile, Mother Hulda, with Greta’s help, reached the top of the steps.  Then she let Greta go and turned to face the square.  It felt almost quiet enough to hear the people breathe.

“You know the Little Mother.”  Mother Hulda said in Dacian and then repeated everything in Greek.  Greta turned red as all eyes in that big crowd glanced at her. “Your future is in her hands, and I will tell you the gods have chosen her beyond anything ever before seen or heard. The Nameless god himself has vowed to protect her and be her champion.  The Alfadur, Frigg, and even the trickster Loki have acknowledged her and blessed her.  And not only the gods of the Venedi, but Danna, the old mother goddess of the Celts and Salacia of the Romans have also recognized her above all others.  There is a greater power and authority in her than I ever dreamed of seeing in my lifetime.  But then, I did not come here to speak of the Little Mother.”  She paused until even Greta worked through her crimson color and looked at her with curiosity.  “No.”  She went on. “It is Lord Darius about whom I must speak.”  She paused again and people wondered.  What could she 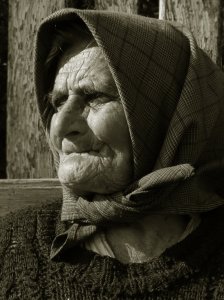 “You Romans honor him for the blood of his father and his family which is great in Rome. This is right.  But now I also ask the people to honor this man for his blood.” She caught her breath before she spoke loud and clear.  “Lord Darius is the son of my niece.”  She said in both Dacian and Greek.  “His grandmother was my sister.”  She said that only in Dacian, but that was all she had to say.  She turned instantly for the steps and Greta, without really thinking, turned with her to help her.  She glanced at Marcus and felt surprised.  He did not know.  He did not know everything!  Then over the noise of the crowd which still sounded out its’ own surprise, Marcus looked back at Greta and spoke his heart.

“Gods, I love this universe!”  He began to laugh loud, almost uncontrollably, as if to say the universe just played a tremendous joke on him, and he got it.

From the steps, Greta saw Darius spur his horse and ride out of the square, forcing some men to stand aside in order to let him pass.  Of course, that meant Lord Darius did not know this himself.  Mother Hulda had surprised absolutely everyone.

Greta and Mother Hulda walked all the way back to Greta’s house without a word between them. Once inside, Greta insisted they sit and rest.  Mother Hulda looked older in that moment than Greta had ever seen her.

“Are you mad at me?” Mother Hulda asked at last.

“Are you mad at your father?” she asked.

“No,” Greta answered honestly enough.  She got up and put their empty water cups beside the bucket.

“Are you mad at yourself?”  Mother Hulda asked a third question.

“No Mother.” Greta sighed.  “Why do you think I should be angry?”

“What are you feeling?” Mother Hulda asked.

Greta paused to search everywhere she could search.  “I love my family,” she said.  “I love you, too, but otherwise I feel very confused.  I do not know what I am feeling, exactly.”

Mother Hulda nodded, satisfied.  “I must go home now,” she said.  “I want to be there before the visitors come.”  Greta could only guess who those visitors might be, but she imagined there would be several, including Papa and Lord Marcus.  She walked Mother Hulda home and then returned to her own home to wonder what could possibly happen next.

About an hour after sundown, Greta abandoned her thoughts.  She decided to get ready for bed when there came a knock on the door. Mama assumed another one of the women arrived.  They had been in and out all afternoon, talking of the wedding.  They would talk for another six weeks before anything would be done, and naturally, Greta had no say in the matter.  Fine with her.  Greta felt rather proud of herself for successfully avoiding every visitor, so far.

When Mama opened the door, she took a half step back.  A Roman soldier stood there, and Papa had not come home yet.

“Compliments m’lady.”  The man spoke right up without coming inside.  “My name is Sergeant Gaius.  I have been instructed to tell you that young Hans will be escorted home shortly, but alas, the Lord Vaden will likely be at the festivities until the small hours.”

“They will probably have to drag Hans home kicking and screaming the whole way,” Greta said, only half under her breath.  She watched her mother visibly relax and respond.

“Yes, thank you,” she said, and then Greta prevented her mother from closing the door.

“There is more,” Greta said, and Gaius nodded as if to say he had a respect for Greta that went beyond her marriage position.

“Of course,” Mama said.  “Please come in.”  She stepped back and the old soldier stepped into the light of the doorway but came no further into the house.

“Lady Greta,” he said to gain her attention, and in the light, she looked over this big, gray haired, grizzled old warrior.  He had the kind of aura about him that young men would follow into battle, if

they knew what was good for them.  But then, he also appeared to be oozing with loyalty, a man who could be trusted, and once he set his mind on friendship, he would prove as loyal as the most loyal lap dog.

Gaius straightened up until he almost stood at attention.  “The Lord Darius requests the presence of his betrothed this evening for a brief time of conversation.  I have been sent to escort the lady, and I will return her safely on my life.”  He said that last to Mama.  Mama looked at Greta while Greta stood up as tall as she could, which was not nearly so tall.

“I do not appreciate being fetched,” she said.  Mama put her hand to her mouth.  Gaius did not discernibly flinch.  “Nevertheless, I will visit Lord Darius.  I have some questions as well.”  She picked up her scarf, long since free of mud and put her red cloak over all, leaving the hood down, though the night air could still have a chill.  Gaius stepped outside and she followed and reminded herself that it was still early in the spring.  A lot could happen before mid-summer.