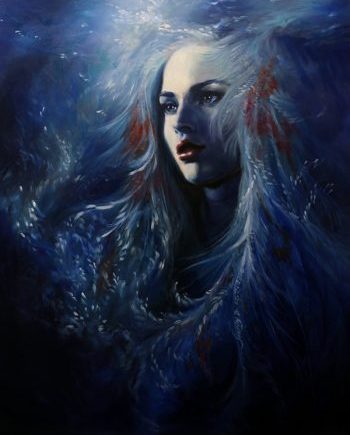 “I believe you,” Caesar said, as they set his chair upright.  Caesar seemed to need to sit down, so Bodanagus joined him.  “Salacia?”  Caesar added. He remembered what Bodanagus had said.

“Amphitrite.” Bodanagus named her in the Greek. “I lived her life, what?  Sixteen hundred years ago at least.  It was before Akalantas sank into the sea.”

Caesar hardly knew what to say.  He sweated and looked dazed.  “How many others?”  He asked at last.  Bodanagus understood well enough.

“Many, but I only rightly remember a few.  There is Candace of Nubia and Lydia of Tarsus, but neither of them has yet been born. There is Ali among the Arabs in the East.  He, too, will face his Caesar in Trajan in the days to come.  And then there is the Princess and the Storyteller, Doctor Mishka, an excellent field surgeon from the Russian front, 1914, and Diogenes of Pella. I did mention that I was once Alexander’s cousin, didn’t I?”

“Yes, you did,” Caesar said, and his face brightened at last.  Clearly, he had great admiration for Alexander the Great. “Do tell me about him.”

Bodanagus shook his head.  “There will be time for that.  We make peace first.”

After a brief moment, Caesar nodded.  He became his pragmatic self again.  “I must hold what I take, but no God will interfere?”  He checked.

“And how will this be enforced?” Caesar wondered.

“I will be going with you,” Bodanagus said, without emotion.

“But will you not return to your people and your home and family?” Caesar asked.

“I will return to conclude the peace, but I no longer have any family.”  Bodanagus felt the deep stabbing wound of the loss of his wife, now seven days gone.  The grief nearly overwhelmed him in that moment, and it might have if he had not forced himself to think of something else.  He thought of Sheik Ali, the Arab in the days before Islam.  Rome would have her limits, he thought, and they would be set by a Spirit infinitely greater than the gods.  Still, there was much work yet to do.

Ali looked out from his hilltop hideaway over the camp of the Roman armies.  Panic gripped the camp as the massive explosions shook the earth itself.  The factory that made the weapons of Trajan became rubble, but there was much work yet to do.  He remembered.  All of this had to be cleaned up to the last detail lest some future archeologist flip out. Amphitrite volunteered to help, and Ali felt grateful.  At the moment, he remembered the grief of Bodanagus, and his own grief due to his own losses in his own war with Rome mingled in, like salt in the wound.  He reached out through time and Amphitrite came to stand in his place.  The goddess looked first to the moon, full and bright overhead.  Ever so briefly she thought she saw the face of Artemis in the sculptured face of the moon; but then it had to be her imagination.  The time of dissolution had long since passed.

“You missed a wagon train of guns and ammunition.”  Artemis seemed to say. 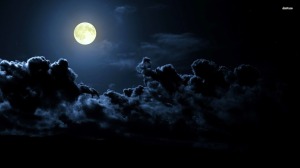 Amphitrite nodded. “My Greta will have to deal with that. The guns will never reach Rome. They will be hijacked along the way and I feel my Greta may be my next life after Ali.

“I miss you.” The face of Artemis beamed down and looked to be filled with tears.  Amphitrite cried for her very best friend in all the world.

Greta opened her own tear filled eyes and saw the full moon shining down.  It appeared full, her Artemis moon.  She had always called it that, only now she knew why. Then she saw the creature in the window and frail Mother Hulda holding it at bay with her broom.

“Werewolf,” Greta cried, and her hand sprang up, almost of its’ own volition.  A
bright light, light as day, streamed out from her hand and struck the creature square in the face.  The wolf howled and became engulfed in flames.  It turned and raced back into the woods with all speed.

Mother Hulda turned at last and gasped at what she saw.  Amphitrite was still present in the room for an instant before she vanished and Greta came home.  Greta considered what a strange birthday she had just before she collapsed to the floor. She remained unconscious for three days.

When Greta woke, she found herself at home and in her own bed.  Mama hovered there.  She rushed to the bed the moment Greta breathed for her.  Hans appeared there too, and very sensibly brought her some water. Greta felt dehydrated.

“Thanks.” Greta spoke through Mama’s tears. Hans spit on his two fingers. Greta had no spit but she touched his fingers with her own and smiled as well as her cracked lips allowed.  They were a team.

Mother Hulda came in quickly.  She had moved to their house when Drakka, Rolfus, Sanger and Koren carried Greta the two miles to her home.  Mother Hulda said she had seen the gifted pass out for a time after a particularly draining experience; but after two days she became as worried as the rest. Outwardly, she kept up a good appearance and claimed she only wanted to be near in case Yani went into labor.

Once it became clear that Greta would recover, Hans quickly wagged his tongue.  “Absolutely everybody has been by to see you. Vanesca and Yanda have been here every day, and Venice, Karina and Liselle came by.  Karina is absolutely beautiful.  And all of the young men, the older ones, I mean.  Koren carried you some of the way and he has been here every day. And Sanger carried some, I think, but Drakka carried you most of the way by himself.  He said it would just not be right not having you around.”

“Drakka said that?”  Greta breathed.  “What else did he say?”

“That’s pretty much it,” Hans said, before Mother Hulda and Mama made him go away.

“Let her rest,” Mother Hulda said, and Mama brought Greta some broth and a little bread, if she felt up to it.

It took three more days to recover, and all the while, Greta refused to talk about what she had seen.  In part, she felt afraid if she talked about it, it might all come crashing down on her head again.  It all seemed so real, Nameless, Danna, Salacia, though she had not experienced living their lives.  Then there was the Princess and the Storyteller, Diogenes and the good Doctor Mishka, and Bodanagus and Ali, of course.  And her fear was not helped by her staying in bed.  While there, she discovered two more lifetimes, and her feelings of closeness to them was especially distracting.  One was Festuscato, Senator of Rome, and the other, Goreau, or rather Gerraint, Prince of Cornwall, and they felt very close, indeed. This time, though, she only had dreams.

R5 Greta, The Little Mother. Greta begins to move into the position of the Woman of the Ways, as Mother Hulda encourages her.  But, as always, in the life of the Kairos, nothing is ever so simple.  Until Monday, Happy Reading