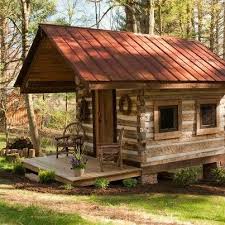 Mother Hulda sat quietly on her front porch, sewing something.  She appeared a bent and grizzled old woman, balding in a few small places where her white hair had given up.  Yet, despite her years, her eyes and ears remained sharp, as were her senses overall.  The way she could read the hearts and minds of people seemed astounding.

“I was starting to wonder if you would make it today.  The sun is already beginning to set.”  She spoke as if she had been expecting Greta.  Only an hour ago, Greta decided to come, but Greta said nothing. She did not question Mother Hulda’s sight.  Instead, Greta looked to the sun which was indeed beginning to redden in the west. She came up beside Mother Hulda and sat facing the southwest.  From there, with her back to the house and woods, she could see the long meadows and newly planted fields that stretched out to the horizon.  Some two miles off, she saw the billows of smoke sent up by all of the cooking fires in Boarshag, and beyond that the hills rolled gently into an indistinct gray line.  Greta thought it looked like the sea rolling away to a distant shore, or that was how she imagined it.  She had never been to sea.  Greta noted that she had been imagining a great deal of things lately about which she had no direct knowledge.  She decided it had to be something connected to the gift of sight.  She did not worry about it.

“Been crying about your boy?”  Mother Hulda interrupted her introspection.

“Only a little,” Greta answered.  “I’m seventeen today,” she added.  She had long since ceased to wonder how Mother Hulda knew such things.  She might have recognized the tear stains on Greta’s face, and what else would a young woman cry about?

Mother Hulda began to pick up her sewing.  “And how are our relations with the Romans these days?” she asked, fully expecting an answer.  Greta had to think about it for a minute and Mother Hulda always stayed patient.

“Lord Darius, the new centurion of this year, has escorted a young Roman lord to Ravenshold. I am not sure, but I suspect that the Romans have some offer in mind with which they hope to stall the rebellion.”

“All fine and well.”  Mother Hulda frowned.  “But what are you feeling?”

Greta paused again to search before answering.  “I feel the sparks in the air,” she said.  “They are hot and sharp everywhere.  There is much anger.  People are tired of giving tribute to Rome and deference even to the least Roman, soldier, merchant or otherwise.  There is the beginning of rage and a spirit of fighting back rising in the people which will be hard to quench without blood.”  Greta stopped for a moment though she clearly still considered things. Mother Hulda kept quiet.  “I feel the women, especially the older women, are fearful of the losses to come.  Too many still remember the last uprising in the years before my birth.”  Greta finished.

“Very good,” Mother Hulda said; but then Greta interrupted to continue with a thought of her own.

“I hope the council will trust the Roman offer and be satisfied.  Lord Darius, this new centurion, is one I feel I could trust.

“Ah!” Mother Hulda let out her breath, but she did not explain what she knew.  Instead, she side-stepped the issue.  Greta could tell.

“This is wise.” Mother Hulda said.  “See what the Romans have given us in turn.  The aqueduct that feeds Ravenshold, alone, is worth twice fifty years of the little tribute we pay.”  She stopped talking and packed up her sewing while Greta thought about Mother Hulda being taken to Rome along with many other men and women when the Emperor Trajan first conquered the land.  After twelve years, with the ascension of Hadrian, she, and many of the others, were allowed to return home; a decision that the Romans later regretted. True or not, though it came a good eight years later, the Romans blamed the uprising on that homecoming.

As for Mother Hulda, she learned a great deal in Rome about being a midwife and a healer, and about her other gifts and talents, and she came away from her twelve years of captivity with a far different perspective than most.  It was clearly different from the people who stayed here and only thought of the Romans as their oppressors and the Evil Empire. Though not in the least Romanized, Mother Hulda nevertheless had a great respect for Roman ways and knowledge. Evidently, she debated Tacitus more than once concerning his epic work Germania,which he had published barely seven years before her arrival. She also taught Greta both Greek and Latin, and taught her letters so Greta could read and write in both. Every now and then, Mother Hulda would drop into one of those languages so she and Greta could converse and keep up their skills.

The sun nearly set when Mother Hulda spoke again.  “You have had a new vision.”  She made it a statement rather than a question.

Greta nodded. “And it is getting very confusing. The present and the future are beginning to blend together in ways that suggest there is no truth in what I am seeing.”

“How so?” Mother Hulda prompted.

“I saw weapons,” Greta responded.  “Weapons that should not be for another thousand years, at least.  There is no way what I saw could be true.”

Mother Hulda paused.  “The weapons of Trajan,” she said, quietly, in her most introspective and thoughtful voice. She shook herself a little.  “Or perhaps the time has come when you will begin to know yourself, child,” she said, in a more hopeful voice, and she looked at Greta and nodded as if changing her perspective.  “You are becoming a true woman and no longer the child you were.  In any case, we must go in.  We will not be able to sit out tonight with the stars and see the face of the goddess rise-up in the sky.  The wolf has been prowling about the edge of the woods of late, so it is not safe to be out after dark.  Let us go in and cook those sausages you brought.”

“How did you?” Greta stopped herself in mid-sentence. She knew better than to ask.  She looked at her basket still covered with its’ cloth.

“No magic.” Mother Hulda smiled.  “I smelled the meat when you came up, and now it is beginning to drive me crazy.  I have not tasted meat in a fortnight.”

Greta helped Mother Hulda to her feet and began to feel very guilty about not coming often enough and not bringing her things as often as she should.  She vowed that she would make a mental list of some of the things Mother Hulda might need and remember to bring them soon.

Once inside, the door secured, and the windows latched tight, Mother Hulda put the sausages in the kettle and turned it to the coals.  Then she added some wood and stoked up the fire.

Greta looked around.  “Mother!” She only scolded the old woman once and then she spent the better part of an hour cleaning and straightening out the one room house.  She knew it would never really be clean until she came during daylight hours and scrubbed the floors and ceiling and everything in between.