Meriope still grinned when she watched Decker work.  “Brilliant,” she said.  “Philoletes is a very hard man to bargain with.  No one talks him out of payment.”  Decker returned a smile, and for once, it was not a frightening thing to see.

The old man, as Elder Stow appeared, had a couple of watchers.  Lockhart had three, including the young man that first met them, and the man he called Neoman.  Boston had seven all crowding around.  Not only was she pretty in her slacks and loose fitting top, but she had fascinating red hair.

Of them all, only the young boy helped.

“I’ve had Dog here since…” Lockhart had to think.  “Lincoln would know.  At a guess, I would say about two thousand, five hundred years, give or take.  He is faithful like a dog, and brave.  I will give him that.”

“Boston,” Lockhart spoke over to the next stall.  “Do you know how long we have had these horses?”

“Twenty-five hundred years sounds about right.  As you said, Lincoln would know.”

“How can you have had your horse for so long?” The young man who first met them protested.  “Horses did not even exist that long ago.  Poseidon just brought them out of the sea, not three hundred years ago.”

“You’re lying,” Neoman said, and it was said to provoke something.  Lockhart, the former policeman, had been well trained at not being provoked.  Decker and Elder Stow had comparable training somewhere in their background.  But Boston was wet, tired and stressed about everything at the moment.  She jumped, burst out of her stall, and confronted Neoman to his face.

“Are you calling my boss a liar?” she yelled.

He turned to face her, and nodded, and the look on his face appeared so smarmy, she said later she could not help it.  She pulled her wand from her slip and dropped her glamour of humanity.  She got in his face, an unmistakable elf; and he looked terrified.

“You should not talk about things you know nothing about.”  She growled at him, and he ran.  In fact, most of the men ran, and some of them screamed besides.  Meriope caught the young boy and calmed him.

“Mary Riley,” Lockhart scolded her with her real name.  Boston put her wand back and resumed her glamour of humanity.

The boy, having had time to think about it said, “Do it again.”

Boston rubbed his head while Elder Stow had a suggestion.  “What say we find out what our fat friend is offering to eat.”

“And what swill he has that he calls beer,” Decker added.

Katie and Cassandra spied the stag under the failing light of the sun.  Cassandra picked up the trail almost from the beginning, and tracked it for well over an hour.  Katie said nothing, but took more than one look at this ten-year-old who appeared to be able to track animals in the wilderness like

the Princess.  Katie thought Cassandra was the Princess’ real name, too, though she had been strictly warned not to call her that.  The Princess hated her name.

“You shoot it,” Cassandra whispered.

“You should try,” Katie said.  “You found it and tracked it.  You should get the credit.”

Cassandra smiled a lovely, somehow knowing smile, and said, “No, you.  I’m not watching.  See?”  She turned away and covered her eyes with her hand.  Katie frowned and smiled at the same time, such as only a mom can do.  She lifted her bow, having learned long since on the journey, where the arrow needed to strike to bring the beast down.  Then she almost lost it as she felt something nudge her on the inside; but she fired, and it made a near perfect shot.  The stag took two wobbly steps before it fell over.

“Wow.  That was great,” Cassandra shouted and ran out before Katie could stop her.  She got up to the stag and screeched to a halt, staring at something in the trees.  She yelled.  “This is mine.  You have to go find your own.”

Katie heard the growl as she caught up to Cassandra.  Katie slipped a protective arm around the girl.  It was a gray wolf.  Cassandra pointed.

“Her mate is over there,” Cassandra said, and Katie saw, but the wolves decided not to argue.  They turned and bounded back into the dark beneath the trees.  Cassandra framed an odd question as she looked up into Katie’s face.  “Was that scary?”

Katie nodded.  “That was scary.”  She wondered why Cassandra would ask such a thing instead of just being scared, but Cassandra moved the conversation before Katie thought about it too hard.

“How are we going to get this beast home?” she asked, genuine concern in her face.  Katie smiled and touched that face with the palm of her hand.

Katie squatted down, slipped the stag over her shoulders, and used her legs to lift it.  She figured as an elect, being strong as a man had to count for something.  “Which way?” Katie asked.  She felt certain she could find her way back, but Cassandra had done well so far, and it turned out she was glad she asked.  Cassandra said they were much closer than Katie imagined because they circled around a bunch of times in the hunt.

“Good,” Katie said.  The Stag was heavy.  And I think you did a great job hunting.  I bet Artemis herself would be proud of you.”

Cassandra looked back at Katie and got a big smile on her face.  “Meriope says I’m a natural.”

Katie returned the smile, but said nothing, wanting to conserve her strength.

“You can’t come in,” Hysphagia said.  “Men are not allowed in here.  This sanctuary is dedicated to Artemis, the chaste.”

The man in the doorway laughed.  “You have a sick one, and you have no power to keep me out.  Soon, I may make all of you sick.”  The man shrugged, like it was no concern to him. 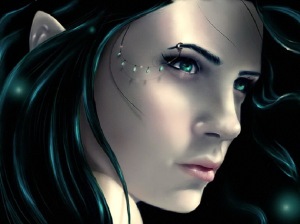 Alexis rushed out from behind the curtain.  She had her wand in her hand, and waved it at the doorway, but the man just laughed.

“Little elf, you missed,” the man said with another shrug.  “You have no magic strong enough to touch me.”

“I wasn’t aiming at you,” Alexis said.  “My husband figured you out.”

The man laughed and tried to step into the sanctuary, but something like an invisible wall kept him out.  The man started to roar, but Alexis whipped her wand, and the door slammed shut in the man’s face, cutting off the sound.

“Keep praying,” Alexis told Hysphagia.  “Your prayers are working a far stronger magic than I have.”  She turned to catch Artie.  Lincoln brought her into the sanctuary, and they laid her down on one of the benches, and covered her again with blankets.  Alexis stepped into the other room for Artie’s pillow, and when she put it under Artie’s head, she waved her wand again, this time at the curtain.  The curtain stiffened and became like a door.

“So, what do you have?” Lockhart asked.  He felt frustrated, thinking about it.  Corinth was not that big, being hardly more than a big village, despite having stunted walls of a sort and a couple of gates.  But searching it might take days.  Lockhart felt they did not have days.

Elder Stow burped before he pulled a few small things out of his pocket.  “All they left was a weather ring.  It is raining with a chance of rain.  A simple chronometer with a section for notes, if anything is worth writing down.  Another key hole video camera, as you would call it.  I have a health monitor, which warns of any dangerous radiation in the area, a must for space travel.”  He put them all in his hand.  “Hardly trinkets,”

“Wait.”  Boston faced Meriope, but something grabbed her attention.  “Does that health monitor have a way of tuning in on that radiation to tell you what kind and where the source is?”

“Yes,” Elder Stow nodded.  “Better to avoid the area.  It maps the whole irradiated area.  Why?”

“So, does your equipment, like the scanner and screen device, or maybe the batteries—do they give off energy signals like radiation?”

“Oh yes, I see,” Elder Stow tapped his chin and thought.  “The batteries decay at a certain rate, but it is negligible.  Then again, it might work, even if the equipment is not turned on.  I will try,” he said, and got right to work.

“What language was that you were speaking?” Meriope asked.

“Mixed,” Boston answered honestly.  “But local words for most of it.”  Meriope sipped her drink and it became Boston’s turn to ask a question. “So, you did not seem surprised when you saw me.”

“I think I figured it out,” Meriope said.  “Your eyes and ears were too good for an ordinary person, and you are too graceful, besides.”

“Graceful?”  Boston let out a small laugh.  “My brothers should hear that.  I grew up with a bunch of brothers.  That is why I am the way I am.”

Meriope sighed.  “I had no siblings.  I was an only child.”

“My sympathy,” Elder Stow paused to express his condolences. 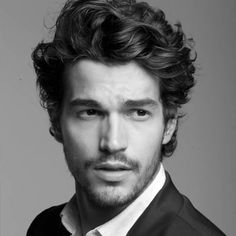 Lockhart said, “Most people don’t see being an only child as a bad thing.”

“But family is so important,” Elder Stow countered.  “I was born in a great litter of children.”

“I had a brother and a sister,” Lockhart said, as he pointed, and Elder Stow got back to work.  “My brother died in Vietnam.  My sister is in some swinging retirement home in Florida, not that far from my ex-wife.  Don’t tell Katie I said that.”

Decker took a sip from his cup and said, “This brew really stinks.”

Boston and Lockhart laughed, and Meriope picked up her cup to take a big whiff.