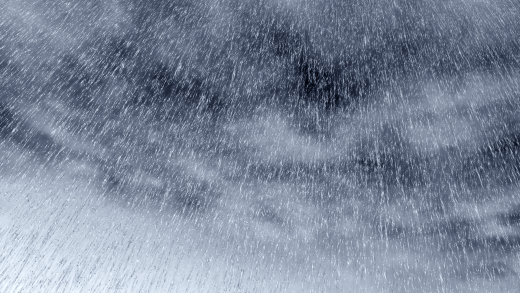 The sanctuary for Artemis looked small, much smaller than the temple of Amphitrite they had seen.  It had a center aisle between several plain wooden benches, and they faced a table at the other end that held some flowers and wood carvings of animals associated with the goddess.  The bear looked prominent, but also the wolf, the stag, and the boar.  A bow and arrows hung on the wall over the table, and Meriope explained about the bow and arrows, like she recited a worship lesson.

Lockhart nodded, but led the others straight to the back, covering the distance between the door and the back curtain in seven long steps.  “How is she?” he asked, as Lincoln scooted around him with Alexis’ bag.

“She is burning up with fever,” Katie looked up.  They had Artie on a straw covered cot, covered with plenty of blankets, and Katie sat on one side, while Alexis sat on the other.

Alexis got out her stethoscope and listened to Artie’s heart and breathing.  She made Artie sit up and face her, and Katie got up to help the men go back out into the main room.  Alexis had Artie pull up her fairy weave top to listen better to her breathing.

Katie spoke quietly to them all, but mostly to Lockhart.  “Bronchitis, definitely.  Maybe Pneumonia.  We may be here for a few days.”

“This was sudden,” Lockhart said.

“All day yesterday in the rain, and again today,” Katie said.  “It may have been something she caught in Egypt and it just showed up after we got here.”

Lockhart nodded.  The housing area by the Nile, the one that Rachel called the slums, was filled with substandard housing and filth, and ripe with coughing, hacking, and people laid up with colds, and the flu, and some worse diseases.  “We should have kept her away from the slums,” he said.

Katie shook her head.  “Alexis said she was not too worried, and from here forward we should be all right, because we all had our immunizations.  She said a tetanus booster would not hurt, and some diseases we should avoid, but generally we should have a good resistance to most things.  It occurred to me, Artie never had any baby shots.”

“An oversight on Amphitrite’s part?”

“No, I don’t think so.  With the Storyteller still missing, I think the Kairos’ connection to the future is tenuous.  It maybe comes and goes.”

Katie shook her head again.  “Nothing.  Alexis believes she can stabilize her, and after some chicken soup, and a few days of warmth and rest, she should throw it off herself.  That is what we hope.”

“Hey guys,” Boston interrupted.  Everyone looked up, including Meriope, who had been sitting beside Decker and listening intently.  “Meet the rest of the crew, Hysphagia and Cassandra.”  Boston grinned as Cassandra marveled at Boston’s red hair.

Hysphagia looked like she might be twenty, the eldest, but she was also as blonde as Katie, and came across like she might model for blonde jokes.  Cassandra seemed smart, and looked like a normal enough, brown hair, brown-eyed Greek, but she had to be ten, twelve at the most.

“Hysphagia says we should take Artie to Artemis’ brother’s temple in Corinth.  That’s Apollo.  He is the healer in Greece,” Boston said.

“In this age, yes,” Katie said.  “I imagine Asclepius is not born yet.”

“Corinth is another hour, a bit less,” Lincoln reminded everyone.

They heard Artie coughing from behind the curtain, and Katie spoke.  “I don’t think we should move her right now.  Her fever is high and she seems pretty weak.”

“We can pray,” Cassandra suggested, and looked up at Katie like it was a question.

“And that would be a wonderful thing to do,” Katie said.  She smiled, looked down, and brushed Cassandra’s hair back where it had fallen in her face.  Lockhart thought, we already have two

adopted daughters.  Let’s not get another.

“Oh, what am I thinking,” Elder Stow interrupted with some volume.  “I should fetch my scanner.  We can get all her readings and maybe even pinpoint the virus to make an anti-virus.  I’ll just be a minute.”  He stepped to the door, and only hesitated a second before he stepped out into the rain.

“Lovely place you have here,” Decker said to Meriope.  With the clouds and rain, the whole place had a dark and gloomy look.

Meriope, who sat on the bench where Decker placed his foot, looked up at him and almost smiled, but again, she had no chance to respond as Elder Stow came charging back inside.

“It has been stolen, again,” Elder Stow showed some anger.  “Right from under our faces.”

“Noses,” Lincoln absentmindedly corrected the Gott-Druk, while he tried to think of what to do.  They all thought while Lockhart, Katie, and Decker moved.  As soon as they got outside, Lockhart whistled for the horse he named Dog.  Dog came trotting up, and Lockhart was glad to see that this time he still had his reins.  Other horses followed Dog, but Katie’s Black Beauty, Lincoln’s Cortez, and Alexis’ Misty Gray seemed to be missing.

“We have to get our stuff back,” Decker said to Meriope, who came out with the travelers.  “Some of our things are very dangerous, and would be terrible in the wrong hands.”

“We should ride after them,” Meriope said, like the obvious solution.

“No saddles,” Elder Stow pointed out.  It came as a slim protest.  He knew they would ride, anyway.

“What about Artie?” Katie asked.

Lockhart did not hesitate to make a decision.  “It seems like that dilemma is already solved.  You, Alexis and Lincoln are without transportation.  You need to be here for Artie, and to defend the home and all, if necessary.  I hope it isn’t necessary.”

“How will you track them?” Katie asked the practical question.  “You are not a hunter.”

Katie frowned.  “We are not hunting bears in Canada.”

“Listen,” Lockhart said.  “They have to have a wagon to carry everything.  They should stick to the road.  It should not be hard to find them.”

“Road is becoming roads, the further into the future we go,” Katie said.  “And this is their home.  What if they go off-road?” 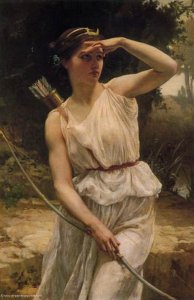 Lockhart was not going to argue.  “You keep Artie’s horse, Freedom.”

Meriope interrupted as she stormed out of the sanctuary, the bow and arrows from the back wall in her hands.  “I am coming.  I am from Thessaly.  I know how to ride, and I am a hunter.”  Decker helped her get up on Freedom, as he helped Elder Stow mount his horse.  Katie and Lockhart held their breath for a second, but Freedom did not seem to mind the replacement rider.  From her height, Meriope got a good look at the ground.  “I see two wagons.  Odd, I cannot tell where they came from, but they are headed to the main road.”  She pointed down the path.

“Wait,” Alexis’ voice came from the door, and she stepped out with Artie’s Anazi handgun.  She walked up to Decker.  “Artie says she showed you how to use this.”  She handed him the weapon, holstered, on the belt.

“I got my bow and my wand,” Boston said to Alexis, who waved to her.

“Use them wisely,” Alexis instructed before she went back inside.

Lincoln passed her in the doorway as he came out.  “Do you want to take the database?”

“Don’t risk it,” Lockhart said as he spoke softly to Katie.  “You might need this if they come back,” he said, but he began to lengthen the belt.

“We will be all right.  They have the rifles and the other guns, and if they figure out how to use them, you will need something.”  Katie looked at Elder Stow.  The Elder turned slightly red.

“I forgot I had my weapon in my pocket.”  He shrugged.

“Lincoln,” Lockhart got Lincoln’s attention.  “You may need the database if something should happen.  Katie has the back-up amulet so you can find the next time gate.”

“Come on,” Boston shouted, impatient.  Lockhart kissed Katie before he climbed up on Dog’s back and they headed out.