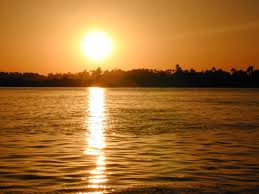 The following evening, the travelers entered the city of Memphis, and immediately exited the city again near the Nile where the shacks of the poor huddled close together.  Lincoln and Lockhart wondered how they would ever find one Rachel in the unwashed masses, especially since Rachel appeared to be a common enough name among the Semites.  Fortunately, Sakhmet found them first.

“Come on,” she said.  “Rachel has her detectives over for brainstorming.  I don’t know what brainstorming is, but it sounds like an interesting concept.”

They arrived at the house, and were expected.  Apparently, Sakhmet informed Rachel in advance, so they had plenty of food prepared.  Alexis did get to offer bread, but otherwise, everyone ate what the locals had to offer.  And it was more than plenty, and afterwards, Rachel’s parents and family went to visit aunts and uncles so Rachel and her friends could have the house.  After squeezing in and some shuffling of seats, Rachel introduced her detective club.

“This is Surti.  She is one of the chief cooks in the governor’s house and came here to help mother prepare this feast.”  Everyone said it tasted very good.  “Surti is the smart one, like Velma.  Meme is more like Daphne, you know, beautiful, but not much going on upstairs.”  Rachel tapped her

“I would rather be beautiful than smart,” Meme said.

“Sadly, too many women feel that way,” Alexis responded.

“Hotep,” Rachel continued.  “He gets to be Fred.  While David, and his friend Joseph get to be Shaggy and Scooby.  I’ll leave it to you to decide which is which.”  David and Joseph were still nibbling on supper, and the bread Alexis made.

“And what does that make you?”  Boston asked.  “You are young again, by the way.  Almost the youngest I have seen you.”

“And you have Daphne looks and Velma brains,” Katie said.

“No,” Rachel said.  “I’m the director and Sakhmetet, my friend, is the producer in charge of special effects.”

“That means I get to be in charge of all the money, whatever money is.” Sakhmet, alias Sakhmetet said.

Lockhart, Lincoln, Artie, and Elder Stow had no idea who Rachel was alluding to, but they did not worry about it, except Lockhart who nudged Katie.  “It’s a generational thing,” Katie said.  “I’ll explain it to you later.”

Decker harumphed and stepped outside.  He understood the show and the characters, but he would not admit it.  He came back in with two of the lanterns the travelers sometimes used in the dark.  It lit the inside of the shack like day, and he settled back into his seat.  That little shack was full.  They did not have any extra room to move around.

When Rachel turned to introduce her friends from the future, she mentioned things the travelers rarely paid attention to.

“Captain Katie Harper and Major Decker are soldiers, like captains of the host, or maybe Decker is more like a general.  Decker is especially trained in covert operations; that is, dealing with secret work being done by one person or a group, and figuring out how to shut them down.  He might be able to recognize something that is not right, or normal.  Likewise, Lincoln used to work for the CIA.  He is trained to gather secret information, and

whoever is cursing the men, he is doing a remarkable job of keeping his hand secret and hidden.”

“That kind of work takes time,” Decker countered.  “Digging up secrets is not an overnight job.”

“All the same,’ Rachel said.  “We might only need a set of trained, fresh, outside eyes to see what we might be missing.”  Decker and Lincoln did not disagree with that idea, so she continued.  “Artie

and Elder Stow have the most outside eyes.  Artie’s problem is she has not been in normal, human life for very long and might not recognize something that is out of the ordinary.”

“But my sister is smart,” Sakhmetet interrupted.  “She sees more than you think.  She just has to learn to mention it and share what she sees, like not be slow to ask questions.”

“Seems to me she asks plenty of questions,” Katie spoke up.

“All the same,” Rachel said.  “Ask, and Elder Stow has special equipment that might pick up a stray energy source, for example, that might be out there, and help pinpoint things if the Masters are behind this.”

“I will get to work on that right away,” Elder Stow volunteered.

Rachel nodded by way of thanks.  “Now, Alexis, Boston and Sakhmetet all have special abilities and contacts I am not at liberty to talk about.”

“I’m not getting involved on that level,” Sakhmetet objected.

Rachel nodded, but did not respond directly.  “If this is the result of bad magic or spiritual forces, like maybe with the blessing of one of the gods, these are the ones who can figure that out.”  Rachel looked at Sakhmetet, and Sakhmetet raised no further objection to the idea that one of the gods might be behind it all.  As they thought about it, that even seemed likely.

“And the big fellow?” Hotep asked. 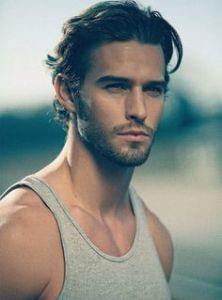 One chair, the eighth, remained empty at the table where Rachel, Hotep, Surti, Meme, David, Joseph, and Sakhmetet sat, staring at Lockhart.  The travelers mostly sat where they could around the room and on the floor, but they also looked in Lockhart’s direction as Rachel spoke.  “Lockhart needs a seat at the table.  He was a police officer and knows all about the law, hard clues, permissible evidence, and real detective work.”  Rachel patted the empty chair beside her, and Lockhart got up to sit.

Rachel nodded, and heard no objection to sharing the list.

“That is very good,” Surti said, and at least Hotep nodded.  “I will have to remember that.”

“So, here is what we got,” Rachel said.  “And my people can object if I explain it wrong, or put in information if I forget anything.”

“You mean us?” David asked.

“No, the wallboard,” Meme shot at him, and stared as they both turned toward Joseph.  Joseph had his mouth stuffed with bread at the moment, so he could only smile and wave at them.

“This is getting exciting,” Hotep said, and he slipped his hand over Rachel’s hand, and she did not object to that, but the travelers all snickered a little.  They knew the Kairos usually came surrounded by monsters, and they often arrived in the middle of a fight.  Normally there was not time to sit down to a pleasant meal and think about it. 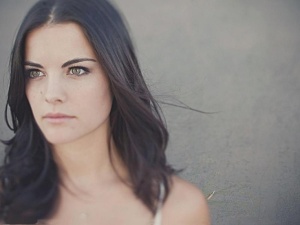 “Top of the list is Sokar, the weasel.  He is a foreigner, a Hyksos, but he styles himself as an Egyptian.  He has the position of assigning the daily tasks to the Semite groups, and if you cross him, you will get the manure work.”

“I assume, in this day and age, that would be literal manure work,” Decker said.

Rachel answered with a nod.  “Sokar has a fine house in the city, and some servants.  He knows all the right people, and even has the ear of the governor.”

“Means, motive, opportunity,” Lockhart said.  “What makes him a suspect?”

“He wants to kill off the Jews,” she looked at David.  “The children of Abraham,” she explained, and added, “My friends know what I mean by Jews.”

David interjected.  “We have been reduced to making bricks and working in the clay pits and mines.  It is the most grueling and short lived of lives, usually reserved for criminals.”

“Is that a sufficient motive?” Lockhart asked.

“Yes, for the masters.  They, and the demons, would love nothing better than to eliminate the Jews at this point in history—before they ever get to the promised land.”

“It is true,” Hotep said.  “We overheard Sokar talking to my father, the governor, and accusing Rachel’s people of cursing the Egyptians and causing the madness.”

Lockhart nodded, and Rachel continued.  “The rest are further down the list.  Amonre is the chief of the night watch.  He is an ass, but that doesn’t mean he is guilty of anything.  The main evidence is circumstantial.  Thus far, he has managed to be in the right place at the right time, seven times now, to stop the madmen before they could do much damage.” 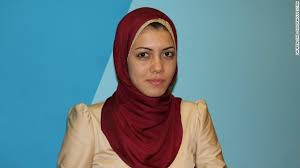 “He is either doing his job very well or he is very lucky,” Surti suggested.

“Or he is in on it and has inside information,” Lockhart said.  “One to watch.”

Rachel nodded again.  “Then there is old Haman.  He is a kindly old man, and I should have no reason to suspect him but for his clichés.”

Rachel nodded again, and Hotep smiled at her, and watched her long brown hair bob up and down.  In fact, most of that time, he could hardly take his eyes off her.  Rachel ignored Hotep and spoke.

“It is the most circumstantial, but he speaks in clichés such as you know, and always gets them in the right context and everything.  Things like, there is safety in numbers, and, better safe than sorry.  This morning he said, when the demon-man showed up he was frightened out of his wits.  When I asked if they might catch the person responsible, he said, time will tell, and it is only a matter of time.”

“A first-class witch,” Rachel said.  “An Ammonite, I believe.”

“Who?” Hotep asked Rachel, having missed earlier discussions of her.

“You remember,” Rachel said, as they unconsciously took a better hold of each other’s hands, and she explained for Hotep and the travelers.  “You got sick when you were about ten.  He had the measles, a good Anazi disease, thank you very much.  Your father called in the woman when the Egyptian physicians proved powerless.  She healed you.”

“I remember you stayed with me the whole time.”

“I did.  Someone had to defend you from the quacks.”

Hotep smiled for the group.  “She calls Egyptian physicians quacks, but won’t explain.”

“They wanted to bleed him with leeches,” Rachel and Hotep were both smiling broadly, holding hands, looking into each other’s eyes.

“So, Sotek, Amonre, Haman, and Miriam, the ammonite witch, who sounds like the only one who might have the means to do the work of infesting people with demons,” Katie spoke up from the floor.

“Powerful, like the Witch of Endor,” Rachel said, and turned her eyes back to the conversation.  “But Miriam has only done good, as far as I know.”

“The fifth suspect could be someone completely unknown to you that you have not even thought of,” Lockhart added.  The people all agreed that that was a possibility.