When the travelers reached the place where they thought to find the Kairos, Lincoln began to have second thoughts.  “Maybe we overstepped our bounds,” he said.

Lockhart disagreed.  “Even if we did not kill the servant of the Masters, we ruined the mustard gas production for a good long time, I think.  Now, I suspect the Kairos will be able to track the materials needed for the rebuilding process, and pinpoint who all is involved.  That should be a win.  Of course, if we got the servant of the Masters, that would be a win as well.  I don’t see how our little intervention could be a bad thing.”

“Lockhart.” Boston called from the front.  Lockhart and Lincoln rode to the front and stopped.  They had come to an army camp in the middle of the wilderness.  Katie guessed.

“Hittite,” she said, and a large number of men came out carrying spears and not looking all that friendly.

“Notere,” Lincoln said, quickly.  “We are looking for Notere.”  That at least made the men pause.

“What do you wish with Notere?” one of the front men asked.

“We are old friends,” Lockhart tried, but Lincoln pulled a name out of the database.

“Is General Sapsulinita here?”  The Hittites began to talk among themselves while Lincoln explained, quietly.  “He is Notere’s husband.”

“Good thing you read that,” Decker said.  They thought he meant to praise Lincoln for finding the name of the general, until he added, “Because my tongue would not survive many names like that.”

“Come,” the Hittite speaker said.  “You may speak with Captain Andorinili.”

The captain looked young, but wary, and more so when they said they were old friends.  “She is young as a fresh cut flower,” the captain said.  “She has no old friends.”

Alexis took a chance.  “We have known the Kairos for centuries, though we have not met the Kairos, Notere.  It would be a great kindness if you would take us to her and let her decide.” 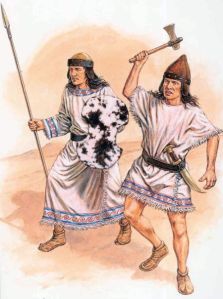 The captain’s eyes got big on the word, ’Kairos’.  He hushed the travelers and sent away the guard.  “Follow,” he said, and they walked their horses to a big tent, one worthy of a queen.  The captain stepped inside for a few minutes, and the travelers waited.

“Was that wise?” Lockhart wondered, without pointing at Alexis.  People could only shrug.

The captain came out after a bit and invited them in.  As they stepped into the tent, they heard a woman call out, “Boston.”  Boston ran, but the woman had a two-year-old on her knee.  Notere smiled and handed the boy to a nurse who took the boy out a back door, and she stood and hugged Boston properly.

“Sit.” Notere invited her friends to relax and added, “You, too, Captain.”  Andorinili sat to listen, and watch the strangers.

“What have you been up to?” Notere asked, sweetly, and sat, also to listen, but near to the young captain’s hand.

Lockhart confessed.  He talked around Artie saying she had a sleepover.  And he confessed everything they did and how they suspected Huyak and his boys.  He left nothing out, and the others offered no corrections.  But Notere looked horrified.

“What have you done?”  Notere sighed and reached for her captain’s hand, who gladly gave it to her in a sign of support.  She told a story in return, and the travelers listened closely.

“In the first day, Hattusili became king after Labarna.  He was a great king, filled with power and strength.  He conquered the Hurrians, the Hatti, and all the peoples around, but when he came up against the Yamhad, and the city of Aleppo, he was humiliated. He lost his army, and people said he came home to die.  Many wished to rule after that, but finally, his grandson, young Mursili rose to the top.  Though not yet of age, he showed the same spirit as his grandfather.  He quelled the uprisings in the east and west, and thought to avenge his family honor on Aleppo.”

“Mursili succeeded where his grandfather failed so miserably.  He overran the city, and over threw the great men there.  He planned to raze the city to the ground, but the people of Aleppo bought him off with a great weapon of power.  Things got strange after that.  I do not know exactly what influenced him to do some of what he did, except the Masters may have twisted his ear and his thinking.  Mursili got caught up in conquest, but the weapon of power remained unused.  My husband, who was ten at the time, came with the weapon, to care for it.  And he waited.”

“The day came when Mursili found himself far from home, in an unfortunate alliance with the Kassite people, who were at war with mighty Babylon.  Mursili reluctantly entered the war, and fought his way right up to the gates of Babylon, where he prepared himself to turn around and go home.  The spirit of his youthful fervor had left him.  But my husband prevailed upon Mursili to use the weapon, at last.  And he, who wished to see no more bloodshed, agreed, if it would bring things to a swift conclusion.”

“My husband was responsible for lobbing globe after globe of mustard gas into the streets of Babylon.  The population was decimated, and many of those who survived were horribly disfigured and scarred for life.  Mursili was horrified.  He left Babylon to the Kassites and returned home, ashamed of what he had done.  He hardly dared to show his face again in public.”

“Now, at that time, my grandfather was the cup bearer to the king.  That meant he was like second in the kingdom.  He was married to the king’s sister.  He had a daughter, my aunt Arinita, who married a man named Zidanta.  And he had a son, my father.  When Mursili came home, my ambitious uncle, Zidanta arranged to have the king killed.  He then prevailed upon my grandfather to become king, and said, after all, he was married to the king’s sister.  Hattusa of the Hittites stayed at peace then for a time.  My grandfather kept the kingdom and empire together.” 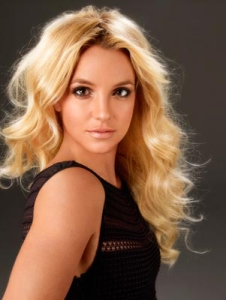 “Eventually, though, being son-in-law of the king was not good enough for Zidanta.  As my grandfather aged, and lost sense of what was happening around him, Zidanta first had my father killed, the legitimate heir to the throne.  Zidanta had my whole family killed, my mother, my brothers and sisters, and he thought to spare only me, for General Sapsulinita., who had now become the chief general in the realm.  It seems the general had been spying on me since I was thirteen, or younger, and now that I was seventeen, the General needed to be appeased.  My family was murdered, and at seventeen, I was forced to marry a man of fifty-five years.  But what Zidanta and my husband do not know is I saved my youngest baby brother, Ammuna, from the massacre.  My brother will come of age in three years, and then I will kill Zidanta with my own hand.”

Notere took a deep breath and squeezed her captain’s hand before she continued.  “I have the suggestion of evidence that my husband was the one who killed my father and my family, even if he was under Zidanta’s orders.  I also have certain knowledge that my husband serves the Masters.  I only await finding out who else is in the loop so I can kill them all at once.  The knowledge of the making of the gas must be removed from the human mind for millennia.  The factory must be no more.”

“I saw the gas turned on the Egyptians, but I, Balor, would not let them destroy Memphis.  Mursili turned it on Babylon, and I do not doubt the plan was to have him turn it also on Assur and Ninevah.  But Mursili would not do the bidding of the Masters, and the plan went bust, for now.  I have no doubt that the complete destruction of Egypt, Babylon and Assyria would change the history of the world in ways too horrible to imagine.”

Notere took another deep breath.  “After the knowledge of that gas is no more, Zidanta the traitor and usurper will be no more.  Sadly, my baby brother Ammuna is not a man of strength and power.  The east and west will mostly rule themselves, even if they pay Ammuna lip service.  The south, the cities on the trade routes, will break free—from Aleppo to Kadesh.  Ugarit on the sea and Carchemish toward the Tigris will rule themselves.  My brother will hold the Hittite land, and the city of Hattusa, but not much more.”

Notere sighed again.  “Then Andor and I will find a nice home and live happily ever after, do you think?”  Notere dropped her face into her hands and began to weep.  Andorinili was right there for her, and the women all crowded around to comfort her.

“I thought she was going to yell at us for interfering,” Decker whispered.

“I thought we screwed everything up,” Lincoln said.

“I expected to get scolded for taking such a risk instead of doing my job of getting everyone home, alive,” Lockhart said.

Elder Stow looked at Decker, Lincoln, and Lockhart and said, “Me too, and I would guess that is what just happened.”

The travelers arrive near the Ganges River in Avalon 5.3, Perseverance.  Varuna’s feared war among the gods may be ready to start… Until then… Happy Reading