“Catching flies?”  Jill could not believe he said that.

Ethan shrugged and caught her.  She wanted to pull away, but he kissed her and she kissed him back.  “What am I going to do with you?”  She asked more softly. 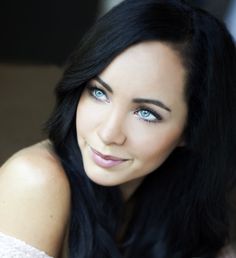 “Let me love you?”  He made the suggestion, but she still slapped his arm on principal, only not too hard.

“Where are we?”  Ali Pasha asked the couple, not meaning to interrupt, but he had a feeling that his travels might be at an end.

“Not yet.”  That was all Jill said to the man before she turned toward Ethan.  “Follow-up,” she explained.  “I cannot stress how important that is.  So much trouble would be avoided if people would just follow up.”

They appeared in a massive city that covered all of New York City, Long Island, most of Northern New Jersey, Southern New York State and most of Connecticut.  Ethan could not tell if there was a border, anywhere.  The buildings were as tall as any he had seen and the air was full of flying vehicles that followed strict lines between the skyscrapers.

Jill flew their nickel all out of sync with the traffic but it was safer that way.  They were of a size not to be noticed at all, but they were big enough to rip through some vehicle if they had a chance encounter.  It would not have bothered them in the slightest, but it would have torn that unsuspecting vehicle to shreds.  Fortunately, the ship’s speed and systems were more than capable of avoiding all such encounters, no matter how full of vehicles the sky became.

“The space port.”  Jill pointed it out on the screens for the others.  “That building with the do not enter sign on the roof is where the transitional technology is housed; that is the building that has a red circle with a white line through the middle.”  The building was a relatively short, squat building, being only about twenty stories tall, but it looked big enough to contain Captain Rawlings’ entire battleship, and maybe a second one beside it.

“Aren’t we going there?”  Ethan asked.  Jill let them hover overhead for a minute while the others watched a spectacular lift off of a ship, which Ethan surmised, was on a trajectory for Mars, or possibly deep space.

“Look.”  Jill pointed to the Main.  Ethan immediately noted that the world did have a Guardian, but he was presently on the other side of the globe.

“Shouldn’t they be here, where the transitional action is?”  Ethan asked.

Jill’s eyes said of course.  She did not have to speak out loud as she shifted their position to where the Guardian was apparently hiding.  There was another Gaian ship in the vicinity, and as Ethan surmised, the Gaian over that world had already made an appearance.  Jill projected her and Ethan into the small underground chamber, though she kept them invisible for the moment.

“Professor Schrom.”  The Gaian tried to speak, but he kept being interrupted.

“I don’t care what you say.  Yes, I designed the cyborg components to fight the Vordan.  I know I am not supposed to do that sort of thing, but I could hardly let my world be overrun with aliens.  I didn’t give them any advanced weaponry.”

“Only because you deemed that it was not necessary,” the Gaian said. 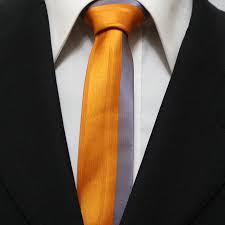 The professor nodded and sighed.  “Yes, I would have if I calculated it as necessary.”

“And now they have escaped into the worlds.”  The Gaian was scolding.

“I know.”  The professor sat heavily in the chair beside the simple table.  “But really, how was I to know the Vordan were working on worlds technology?  And how was I supposed to know the cyborgs would steal it?”

Jill manifested their presence in the room.  The Gaian took one look and went to a knee, bowed his head and waited for his princess to speak before he spoke again.  The professor jumped up.  His chair fell backward to thump against the rug.

“Duncan.”  Jill acknowledged the Gaian before she spoke to the local.  “Professor Schrom.  We have no law against you defending your earth with every means at your disposal, as long as you do not inherently advance your people beyond their capacity.”

“The monstrosities you made went above and beyond, professor, and you know that full well.”

“Your choice was to call Duncan and ask his advice.”  Jill was not to be argued with.

“But the Vordan were not an intrusion.”  The professor pleaded innocence.  Jill just looked at him with eyes as hard as steel.  “Okay.  I admit it.  I wanted to destroy those alien slugs.”

“Duncan.”  Jill spoke again, and Duncan touched the professor.  The professor immediately collapsed to the floor like a rag doll.  Duncan caught the man’s head and laid it softly on the floor.  He began to run his hands up and down a few inches from the man’s body and spoke as he worked.

“Your highness.  I am so glad to see you alive and well.  I saw Dominic about a week ago and he told me the good news, but I hardly believed him.”

“And did he mention Ethan, my husband?”  Jill asked.

Duncan paused to look at Ethan.  He bowed his head slightly.  “My Lord,” he said, and went back to work without answering the question.

Jill frowned a little.  “Are your travelers watching?” she asked.  When Duncan nodded, she took Ethan’s hand and spoke to Duncan’s people as well as her own crew back on her own ship.

“Professor Schrom is asleep, and Duncan is removing the Guardian chits from his system.  You have every right to defend your worlds from aliens as you do from any intruder, but only in so far as it does not interfere with the natural development of your world.  Otherwise, you will become guilty of the very thing we are sworn to protect against.  Each world that you defend must rise or fall on its’ own without interference, and that includes interference from you.  Professor Schrom is guilty of breaking that sacred law in two ways.  First, he advanced this world by creating the cyborgs and the pulse emitters designed to incapacitate those cyborgs.  Second, even though he argued that he could not have known in advance, he allowed his cyborgs to escape into the worlds where they risk corrupting more earths than his own.  Learn that lesson now.  We are not omniscient.  None of us can know in advance the consequences of our actions.  To claim that he did not know the Vordan were working on worlds technology nor that the cyborgs would steal it is no excuse.”

“So, what will happen to the professor now?”  Ethan asked for everyone.

“He will wake in about an hour and not remember that he was guardian for this world.  He will not remember us, the Gaian, at all.  Unfortunately, we cannot go back and undo the technological advancements he gave to his people, and we can only watch to be sure his people remove the Cyborgs from the worlds to which they have been scattered.”

Duncan raised his hands by the professor’s mouth and the professor let out a great breath.  Ethan could see the chits in their hundreds and thousands come streaming out of the man and attach to Duncan’s hands to be reabsorbed into his own system.

“It is done,” Duncan said, and he stood but continued to look down at the man as if deeply disappointed.

“And now that this earth has broken into the worlds, what will you do about a guardian?”  Ethan wondered out loud.

Duncan looked up.  “I’m sorry.”  He spoke first to Jill.  She nodded as if to say not to worry about it.  It happens.  “I will have to find another,” Duncan said.  “It will be a thousand years yet before there are enough travelers through the worlds to insure the safety of the worlds.”

“Safety in numbers where there will be enough travelers to watch and police each other.”  Ethan got the concept.

Jill nodded.  “And another thousand years after that, we may be able to let go of the guardian program.”  She shrugged, and added some substance to her projection so she could give Duncan a hug as was her way.  Ethan simply shook the man’s hand.

“Lord, Highness.”  Duncan acknowledged Ethan but turned quickly to his Princess.  “It has been difficult at home since you disappeared.”

“I am sure,” Jill said, but she was already withdrawing herself and Ethan.  They did not stay in that world any longer.  “I have confidence in Duncan.  He will do what must be done,” she said, and then she said no more about it.

Next Monday, a return to three posts, (Monday, Tuesday, and Wednesday), where Ali Pasha returns home in Guardian Angel-17, The Examiners.   Until then, Happy Reading