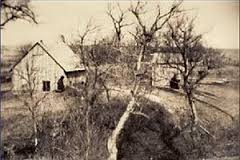 “We know of very few small arms that can penetrate your energy screens, and they are in the hands of five peoples.  You know the Gaian and the Elders, and I would not worry about the other three.  One is verbally supportive of our work to establish guardians, one is in a time of withdrawal where traveling in the worlds has itself become a divisive issue, and the Shinarites are determined to be neutral about everything and claim that they only wish to visit the worlds, peacefully.”

The cyborg Veek stopped firing.  Lars, obviously unaffected, spoke again.  “I order you to get off my world, now.”  He signaled, and the militia came up in battle formation.

“Of course, I would not flaunt it.”  Jill added as an afterthought. 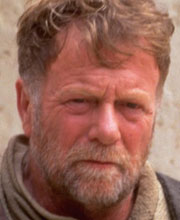 Veek got angry and curious, but not upset at Lars’ survival.  He briefly fingered the gun at his own side, but noted Lars’ stance and he knew the man was a very quick draw.  He clearly decided not to risk possible death, even with his enhanced cyborg speed.  “But don’t you know?”  Veek said calmly as he made his own signal.  “Half the militia is mine already.”  About half, or more accurately, a third of the men came to stand behind Veek.

Peter Alexander interrupted with another question.  “But why have your Elders not intervened.  Surely the cyborgs constitute importing technology.”

“Not at all.”  Jill answered.  “The cyborgs are who they are and what they are, and the Elders have nothing against visitors, or even settlers, no matter how intrusive that may be.  They probably did not bring much in the way of control collars and such, so they are not likely to be worth any attention from the Elders at all.”

The firefight started.  Lars caught Veek with a bullet in the shoulder, but then he had to run with his men and find cover in the woods.  Veek’s men went to ground or ran behind the house and out buildings.  Once safe for the moment, Lars signaled for Yohanson to circle with his men around behind the barn.  Shots continued to be fired from both sides along with an occasional energy beam from one of the cyborgs, but very few people were hit after the opening salvo.

Ethan fiddled with the view screen controls to cause the trees and buildings to take on a shadowy image so they could clearly see the men and their movements. 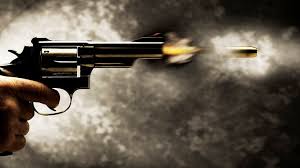 “Good.”  DeMartin spoke right away.  “He is cutting off any possible escape.”  Then the Colonel excused himself as if needing a trip to the bathroom.

“But how can they close in across those open farm fields.  It looks like a stand-off to me, too.”  Peter Alexander was concerned.

“They need cavalry for a quick charge.”  Ali Pasha suggested, drawing on his limited knowledge of military matters.

“Hand to hand would not be recommended with those things.”  Manomar understood that much.

“Look.”  Peter Alexander pointed, but they all saw it.  Something big was being brought out from the barn.  “Their parallel earth mover?”  Alexander wondered.

“No,” Ethan said.  “Artillery.”  He touched the Main.  There was a quick flash of blue light, and the artillery piece vanished along with the cyborgs toting it.

“That weapon might bring the Neanderthal.”  He argued in his own defense.

“Probably not by itself,” Jill responded, and Ethan wondered exactly where the Elders drew that line.  He watched Yohanson and his men expertly turned back from their encircling maneuver, and then he watched the cyborgs as they began to gather for a charge.  Manomar was right.  Hand to hand with that crew was not to be recommended, and with their laser eyes, he had no doubt they could cross the farm field more or less intact.

“Forgive me, Jill.  I love you.”  Ethan kissed her and touched another button.

“What?” Jill moved, but she could not move fast enough to shut the doors, or maybe she did not want to.  DeMartin and his healthy troops came pouring out of two openings that Ethan had rigged in advance to be on either side of the farm.  The tide of battle turned quickly again as deMartin’s World War One vintage rifles began to strike home.  The idea of a cyborg charge was abandoned in favor of staying behind cover.

Jill did not do anything to Ethan except take Ethan’s hand and gently stroke it.  She let her nervousness come out against his skin.  She squeezed a couple of times, once hard when Lars appeared to take a bullet.  Fortunately, his particle screen was strong enough to deflect the projectile.  She squeezed again, almost harder, when Kirsten went down.  Yon Veek hovered over her like a mother hen protecting her chick, but then he took two shots in the back, arched up with a cry and collapsed.

The tide turned again when some ordinary men and women, either cyborgs posing as natives or natives rebuilt with cyborg technology, came out from the town led by the not quite dead Svensen.  They trapped deMartin and Lars between them and the farmhouse, and while the numbers on each side were about the same, Lars and the Colonel were surrounded and forced to answer fire from both directions with only some scant trees for cover.

Jill started a continual squeeze on Ethan’s hand until Ethan had to pull his hand free with an “Ouch.”

“Sorry.”  She went to put her nails in her mouth, but Ethan caught and held her hand to do a little rubbing of his own.

Veek and his troops were trapped in the barn and farm house.  The cyborgs from town had their own trees across a back farm field from where Lars and the Colonel were trapped.  The only dangerous moment came near the end of the hour when some of the townspeople found a ditch that ran from just off their position right up close to deMartin’s flank.  Fortunately, deMartin’s troops pulled out some hand grenades, and though they did little damage to the cyborgs, they did scare off the townspeople.

By the end of that hour, few men and few cyborgs had been struck with any sort of injury.  The shooting had petered down to occasional sharp shooting.  There did not appear to be an easy way out of their situation unless one side or the other eventually ran out of bullets.  It was then that there came a waffling in the air.  That was how Ethan later described it.

“Incoming.”  Jill pointed to the Main where the vibrations registered.

Jill shook her head.  “Not a recognizable signature, and there is no telling when the Elders come and go.” 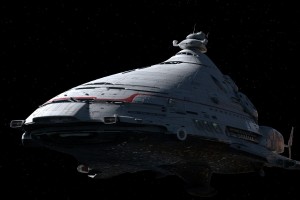 “I hope not,” Jill said.  They stilled their conversation to watch.  It was apparently a rough transition into the world and it was some time before a warship solidified about a thousand feet above the battle.  It was a big ship, possibly their version of a battleship, whoever they were, though it was not nearly the size of Ethan and Jill’s fighter-destroyer.

“Class M, one of their main battleships, the history is now available.  They are from the cyborg world, but they are not cyborgs.”

“I could have told you that without reading the history,” Ethan responded and pointed.  He had set a simple barrier around the whole battlefield so the cyborgs within would not be able to escape, and they were presently running, trying as hard as they could to escape.

“How do you know who they are?”  Ali Pasha asked.  “You said they were new which I thought meant they would be unknown to you.”

“This ship’s scanners reached out even before they fully materialized and read everything about them, their specifications, computer information, whatever histories they had aboard, cultural, social information, and so on.”

“And do they know this; that you have read them?”  Ali Pasha asked.

“Certainly not,” Jill responded with some pride, but then she remembered that anything much above horses and swords was equally remarkable to Ali Pasha.  It would take a long time as a guardian before he could begin to distinguish one level of technology from another.

“I take it the Gaian don’t like surprises.”  Peter Alexander spoke up.

“I would guess not,” Ethan responded.  Jill said nothing.  She was poking through the new information.

The battleship landed on the field in front of the house, and barely fit without skimming the trees or crushing an out building or the barn.  It was a well-piloted craft, Ethan noted.  They all watched as a door opened on either side of the ship and men with weapons came pouring out.  There was a pulse of some kind which Lars and deMartin felt in their chests, like a vibration, but it did not otherwise affect them.  The cyborgs, however, at least the ones they could see appeared to fall to the ground, paralyzed.