Ethan found himself on the roof.  He needed to be alone for a while.  The ambulance was parked there, and there were also a couple of benches for people to rest from their labors and a couple of tables for the staff to have lunch al fresco.  Doctor Augustus said the hospital was a hundred and fifty years in that place.  It had been built as close to the radiation area as they dared, originally to treat the survivors of that first bomb, the men and women with melted faces.  Curious, Ethan thought, the destruction of New Rome was no deterrence from all-out war, and somehow, he doubted Hiroshima would deter the determined madmen in his own world.

Ethan shook his head.  He had his own worries at the moment.  He felt so afraid of losing Jill, but at the same time, he was driving her away and he knew it.  He just could not seem to prevent it.  He felt used, though he said nothing.  He assumed that it was obvious.  He simply could not get past the idea that she merely used herself and the knowledge of his feelings to get him to agree to be the Guardian for his world.  When he agreed, he imagined she would move on to her next victim.

Even so, he discovered that he was in love with her and he could not stop himself from wanting to be with her.  He would not leave her, as long as she was willingly by his side, but he saw his need for her as a weakness and he began to hate himself for it.

Ethan walked once around the edge of the roof and looked out over the empty homes where doctors and nurses once lived and worked, and where the forest was now establishing a new presence.  After thirty years of winter, he was surprised to see that enough trees survived to replenish the area.  There were also some birds in the trees, remarkably enough, and once he thought he saw a squirrel.  He stopped, then, when he reached the side that looked out from the town of Ridgetop toward the Eastern shore.  The view took him all the way to the ruins of great buildings on the island he called Manhattan.

“I have come here often.”  Ethan heard the voice before he turned and saw Colonel deMartin sitting on a nearby bench, taking in the same view.  He patted the seat beside him on the bench and Ethan went to sit next to the man.

“I bet it was a great view before the destruction,” Ethan said.

“One can only imagine.”  The Colonel responded without emotion.  “I imagine it would have given the people in my world a sight to behold, but between you and me, I would rather they look at the sight now.  That might do some good.” 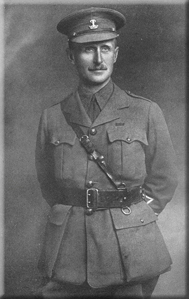 “Do you really think so?”  Ethan asked hopefully.

“No,” deMartin answered with blunt honesty.  “I only wish it would.  I have spent a great deal of time over these last few days trying to understand the differences between this world and my own.  Doctor Augustus was gracious enough to share a chit in addition to the ones Miss Jillian gave me so I could read and understand his histories.”  Colonel deMartin put his hand on the book that rested beside him on the bench.  “But for all of the cultural, social, and technological differences between this world and my own, I can hardly see any differences at all among the people.  I think people are people and we have all sinned and fallen short, if you know what I mean”

“Oh.”  Ethan was unhappy to have his own feelings about his own earth confirmed.

“I would say, given the chance, this could by my own world in two or three hundred years,” he finished.  Ethan merely nodded and looked to the sky.  There were rain clouds forming, coming from the West.  It looked like a good blow brewing, but it would be rain.  He was still trying to imagine thirty years of winter.

“You are a lucky man,” Colonel deMartin said.  He interrupted Ethan’s thoughts.

“I’m sorry?”  Ethan did not know to what he was talking about.

“News flash,” Ethan countered.  “From what little I have been able to piece together, I would guess Miss Lucas is way more than two hundred years old.  That is not exactly what I would call young and in love.”

The colonel only looked a little surprised, but then he shrugged.  “Still, she loves you very much.  Everyone can see that clearly, regardless of what world they have come from.”

“If only I believed that,” Ethan said in a voice that was almost too soft to hear.

“Oh, believe it.”  The colonel caught what he said.  “But, if I may be frank, everyone is also wondering what is wrong with you.  Ali Pasha said he would give his left hand for the love of such a woman.  In my world, we do not speak in terms of losing body parts, it is more loss of fortune and privilege, but I well understand the sentiment.  Yet, you seem to be doing all of the wrong things.  What is it that troubles you?”

Ethan sat for a minute and let the question hang in the air before he answered.  “It is just that when I am settled as Guardian of my world, I am afraid she will move on and I will never see her again.”

“You think she is just using you?”  The colonel understood right away.  “That’s ridiculous,” he added, and after a moment, he added another thought.  “That woman is all business, more than most men I know.  I suspect she is not given to playing such games.  But I think you may lose her if you keep on as you have been behaving.”  He sighed, stood and picked up his book.  “But now, if you will excuse me, since my tour of duty in the new world, my new world, I have developed an addiction to coffee.  It is not as bad a habit as Lars and his pipe, but it is still bad enough.  I hear a cup calling out to me even now.”  He gave a half-hearted salute and walked off.  A moment later, Ethan heard another voice.

“Can we talk?”  Jill asked, and Ethan scooted down to let her sit beside him.  They sat for a long time in the still silence of that world as the gray clouds moved in to cover the blue sky.  The wind picked up, and it brought a chill to the bones.  Jill and Ethan snuggled for warmth, but as close as they were, both had questions that seemed to be pushing them apart

“I’ve been thinking I need to apologize,” Jill said at last.  Ethan felt curious, so he said nothing.  He took her hand, and she wrapped both of her hands around his and looked down at them as she spoke.  “You see, I have known you far longer than you have known me.  I knew you when you were in college.  I was working for Doctor Grimly even then at the Academy, I mean the University.  I don’t think you ever saw me, but I followed your career and had strong feelings for you even then.  When Doctor Grimly agreed to go to work for the Company, to get our hands on some state of the art equipment, I followed, of course.  When you graduated, I made sure you followed as well, and that was when I knew I was in trouble.”  She paused to laugh a little, like she made a joke, but the laughter was near enough to tears.  “Oh, but Ethan, if you don’t feel the same way about me, I understand.  You have not known me for very long, I mean really in the way I have known you.  Maybe someday.”  She stopped talking because his free hand had come up to stop her mouth.

“I love you so much, I cannot tell you and I am the one who works with words, remember?  But there are not words strong enough or beautiful enough to describe how I feel.”  He paused and found that now he was the one who had to look down at the rooftop.  “I’ve been afraid, that’s all.  I have been afraid that once we get back to my Earth, you will go home and I will lose you.  Jill.”  He looked up at her.  “I don’t want to lose you, but I keep screwing up.  I have never been good at relationships.  I’m sorry.  I think I am the one who needs to apologize to you.” 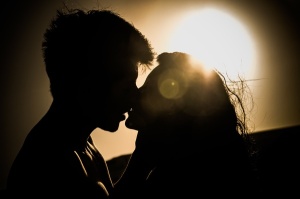 “You don’t,” she said.  “If you would just hold me, I will not ever leave you.”  He did, and after a while she added a thought.  “We are like two lost souls from worlds almost infinitely apart, but we have found each other.  Can’t that be enough?”

“Me the fool, and you the rebel with a heart as big as all the worlds.”

If I let my fear drive you away I would be the biggest fool in all of the worlds combined, he thought, and they sat while the rain came, and continued to sit and held on to each other until they were good and soaked.