It was Colonel deMartin, not Captain deMarcos who collected them for their shopping spree.  The clothes they found were rather plain, but Jill had no trouble finding a dress that fit well.  There was no reason to hide her figure, and the dress certainly did not hide much, but then the matron of the shop made her get an apron to wear over all, and it made her look a bit more dowdy.  This upset the men but that was no doubt the matron’s point.

Ethan, on the other hand, proved a little more difficult.  He willingly gave up his suit pants for plain brown pants and added a white shirt with some ruffle in the front along with a plain brown vest with pockets.  There were also socks for his feet, and a western style hat for his head, which Lars picked out.  All of that was simple enough, but then he needed some sturdy boots.  Finding two boots, a left and a right that actually fit and matched took time, and Ethan saw that Jill spent a lot of that time talking with Lars and Ali Pasha when she was not schmoosing with the colonel.

When they were finally ready, the colonel graciously laid out some coins.  “I think the army can afford to pay for clothes for a couple of refugees, so no arguments.”  Then things got interesting as a soldier came bounding into the shop with a message.  He whispered in the colonel’s ear.  The colonel eyed Jill.

“Bring them,” the colonel ordered sharply, and the entourage encouraged the travelers to follow the colonel who set a wicked pace across the town to the outskirts.  Ethan was glad that he and Lars had made a strap for the briefcase and their all-important equipment, and that he was presently carrying it across his shoulder and on his hip like a woman might carry her purse in a crowded shopping mall.  In fact, he had no intention of letting their means of escape leave his side ever again, if he could help it.

When they approached the front lines that strung out along the edge of town, they found field batteries and what looked like a couple of real, modern artillery pieces.  There were hastily made bunkers of a sort, some being no more than bricked in houses that happened to be on the outskirts of town and so first in the line of fire.  Ethan wondered if the army compensated the people for those houses as easily as they bought his boots.  Somehow, he doubted it, but maybe the people got something.  Further out in the fields, the trenches began, and they could see where

trees and other obstacles had been cut down and removed so as not to obstruct the line of fire.  In fact, from what Ethan could see, it looked like a whole warren of trenches had been carefully dug, barbed wire got laid out, and the fields beyond were cleared for some distance.

“The trouble with early nineteen-hundreds warfare is the way it devastates the environment,” Jill said sadly, framing things for Ethan to understand.

“World War I?”  Ethan asked, getting the gist of the time-period clearly in his mind.

Colonel deMartin came bounding out of a tent.  “Come,” he said.  “You speak Cherokee.”  He spoke to Jill.  She looked up.  “There is a delegation of the enemy come to talk and as near as we can figure out, the chief has asked for you.”  Jill said nothing and stood, but Ethan and Lars both stepped up beside her, protectively.  Ali Pasha and Manomar kept the rear guard position.  “I could just as easily have you all shot, you know.”  DeMartin was blunt.  Jill patted Ethan’s hand to offer encouragement and followed the colonel.

They found the Cherokee off one section of the front line, within shooting distance of both the trees and trenches.  Two Natives and two soldiers of the Holy Romans had guard positions at the four corners of a square, and held similar weapons at the ready.  There was a native seated on the ground inside the square.  There was also a man who clearly looked like a Byzantine, if one had a guess.  His dress was full of flowery patterns and feathers, his black hair, almost as curly as Manomar’s, suggested a Middle Eastern origin, and he appeared to be seated on a folding chair. 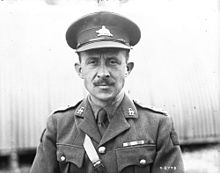 Facing him was a man who had to be a Holy Roman officer of some sort, and he had a guard with him as well, perhaps a lieutenant, but that man stood.

“General Gordon is expecting you.”  DeMartin spoke sharply to identify the officer as he pointed at the gathering in the center of the field.  “If you are a spy or betray the General, your friends will be instantly shot.”  He raised his hand.  Men with rifles surrounded the others, and the bayonets looked very sharp.

“It will be all right,” Jill said to assure everyone.  “Ethan knows what to do.”

“That isn’t the point.”  Ethan spoke quickly before she could add, “If I don’t come back.”  He caught her and kissed her hard, right in front of everyone.

“I’ll be all right,” she insisted when they began to part.  “But don’t lose your place.  We will pick up where we left off, later.”  She turned, rushed into the field, and then slowed to a walk while the others could do nothing but watch.  As she approached the gathering, the native stood.  Then they began to talk, and that left Ethan and the others completely in the dark as to what was happening.

They waited.  The General sent his man back to fetch lunch for everyone.  Ethan felt totally frustrated by then, beyond his ability to hold his tongue, and beyond the ability of the others to

comfort him.  “What is taking so long?” he shouted.  Colonel deMartin looked at him and shrugged.

“I feel for you,” he said.  “But I would guess you are not spies or something improper would have happened by now.”

“Unless we are very, very clever,” Lars said, and Ethan and Manomar took Jill’s part and hit him to shut his mouth.