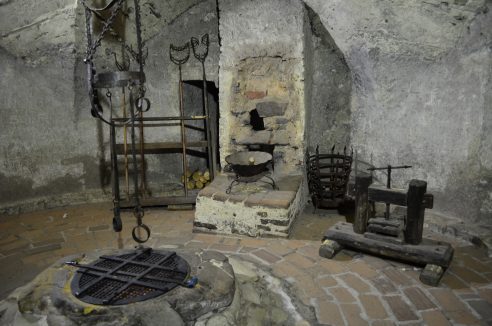 The chamber turned out to be a large, ground level room filled with what Ethan expected, instruments of torture of every kind, some of which he could not even imagine how they were used.  “No collar.”  Ethan whispered and pointed at the man holding the branding iron.  That man looked like he had gotten too close to his own fire more than once.  His face and arms were full of boils and scars, or perhaps the man had once been on the wrong side of an unmerciful beating.  Ethan rather hoped that Jill would hush him, but instead she added her own thoughts.

Ethan understood that the world was full of men and women who did not need much encouragement to be cruel.  He realized, sadly, that was probably true of most, if not all worlds.

Jill got stripped to nothing before she got tied to a table and covered with a sheet.  Her bare flesh remained available to who knew what possibilities.  Ethan got tied with his face to a wide column that supported the ceiling.  His arms had to hug the column so his vision was limited, but he could see Jill.  Ethan sweated.  He felt afraid of what was to come, but Jill seemed so calm about it all, he could hardly panic.

“You were seen appearing out of nowhere.”  The Examiner did not even look at them as he spoke in a flat, everyday voice.  “This can be very simple or not as you choose.”  Ethan decided that the man’s tone of voice suggested he was just doing his job, like this was a daily occurrence.  “I have three simple questions.  Where did you come from?  How many slaves came with you, and where are they hiding?”

“But we have nothing to hide.”  Jill spoke up with a remarkably calm and steady voice.  “We came from an entirely different world.  Only one man came with us and no one is hiding.”

Ethan turned his head to look.  He could not understand how she could be so relaxed about it all.  He saw the man with the collar point at him, and the man without a collar appeared to grin, wickedly.  That man went to get something that was behind Ethan’s back where he could not see, and Ethan, at least, began to sweat in earnest.

“As you wish.”  The man with the collar spoke in his flat, everyday voice.  Ethan felt his shirt ripped, and a moment later, he felt the sting of the whip.  He let out a little shout.  He could not help it; but then he heard Jill’s voice, still calm, loud and clear, as the ugly man paused to get a good grip on his instrument.

“Ethan.  Think to deaden the nerve endings against the whip so there is no pain.  Think no pain.  And think “Instant healing.”  Think it as hard as you can, Ethan, as if your life depends on it.”

The second stroke came and Ethan let out another sharp shout. 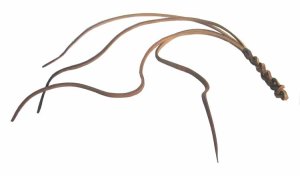 “Ethan!  Think it!”  Jill commanded in a much sharper voice, and Ethan hardly needed the encouragement.  He began to think “deaden the pain” and “instant healing” as hard as he could.  He got surprised to find that as the strokes fell, he felt them less and less.  By the time his back should have been a bloody mess, he felt no pain at all, and he felt no evidence of blood.  His tormentor stopped the whip and looked at the instrument, like he was wondering what was wrong with it.  The man with the collar came close to examine Ethan’s back.  Ethan tried to crane his neck to see with his own eyes, but all he saw was the man rise up, look him in the eye and frown.

“Witchcraft,” the collared man said flatly as he turned away.  “The woman.”  He pointed, and Ethan’s concern doubled as he craned his neck in Jill’s direction.

The other man put down the ineffectual whip and got a different instrument.  It was a hot iron, pulled straight from the red-hot coals of a brazier that stood at Ethan’s back where he could not see.  He felt the heat of it as the man went by, and he shouted.  “No!”  He would kill them if they harmed Jill in any way.  He had to get free to stop them.  He began to tug on the chords that bound him, while his head turned toward Jill and looked on in horror.

“How many remain in the wilderness, and where are they hiding.”  The man with the collar spoke as the iron came close to tease Jill’s face.

Jill responded with calm grace.  “I have told you.  There were only the three of us.”

Ethan imagined in that moment that she must have been the most courageous woman who ever lived, and he tugged on the ropes and became frantic for her sake.

The iron touched Jill’s face, and there was a moment, a slight whimper that escaped from Jill’s lips, but nothing more.  Then torturer backed away, now clearly afraid.  The iron made the cheek red for a second, but then nothing, as if he had never touched the face. 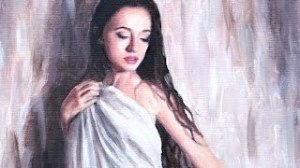 Sorcery,” the torturer said, as the man with the collar bent over to take a closer look.  Ethan saw him bend down to touch Jill’s cheek and he tugged viciously on his chords.  Jill had her eyes closed, but as the man drew near, her eyes opened suddenly and she reached up and grabbed the man’s collar.  Ethan wondered how she managed to free her hand, but just then, his own hands came free, and his concern shifted to disabling the man that was still holding the hot iron.  He grabbed the first thing that he could.  It was the brazier with the hot coals, and he picked it up from the base and tipped it sharply to throw the coals at the man’s face.  The man dropped the iron and raised his arms to fend off the fire, and that gave Ethan a chance to swing the brazier for the man’s head.  The sound of metal and bone crunching rang out, and their tormentor collapsed in a bloody mess.

By the time Ethan turned to Jill, she was up and the examiner was leaning heavily against the wall.  He choked, grabbed at the collar around his neck as that swamp-green collar of his appeared to melt.

“Hurry.”  Jill took Ethan’s hand and barely glanced at the bloody body sprawled at Ethan’s feet.  She tugged him toward the door before Ethan could think too hard about what he had just done; but their flight was short.  The guards, who ran at the first sign of witchcraft, came rushing back into the room with reinforcements.  A little man dressed in rich robes stepped to the front once Jill and Ethan stopped still.  The guards parted respectfully to let him through, and Jill squeezed Ethan’s hand and took a step back in response.

The little man looked at them briefly out of eyes that were both deep and dark.  The stony face sported a moustache that was waxed to points and reached for his ears.  Ethan thought if there was a real sorcerer anywhere, surely this was it.  The man could not have been more than five feet tall, but he projected an aura of self-confidence and cruelty that made his own guards tremble.  Jill, however, did not tremble in the slightest, and that helped keep Ethan calm.

After a cursory look at the couple, the little man looked at the Examiner who slid down the wall to sit on the floor.  He held pieces of his collar in one hand and gasped for his breath.  The poor man’s collar was hardly more than sludge elsewhere.  The man himself looked haggard and drained, like a man who would live, but never very well.

“Too bad about the collar.”  The little man spoke in a wheedling little voice to match his stature.  “They are hard to come by.”  He spun around, to let his robes fly with the wind in a dramatic motion.  “I am Ibin Mohamed Abbass, Lord of the Society of the Mahdi in this dung heap of a place,” he said.   He seemed to read the questions in Ethan’s face.  “Our sacred task is to maintain the purity of the faith and the orderliness in society.  You have shown yourselves to be evil wizards worthy of the severest punishment as proscribed in the Holy Koran.  You appeared out of the regions of Hell, and enchanted the scholar and his household with wild tales of unbelief.  You were heard speaking against enslaving infidels and unbelievers, and speaking of equal rights, tolerance, and other seditious and anti-religious ideas.  You are hereby declared witches of the worst sort and will be burned at the stake immediately.”  They were dragged out.  That was their trial.  They did not even get the option of further torture, which Ethan felt was just as well.