Emily paced in her room.  It was Saturday evening but she dared not go out again.  Wednesday and Friday had resulted in attempts on her life, and her friends Molly and Cathy were seriously injured.  Clearly someone wanted her out of the way, and she suspected it was someone at the school since the bogyman last summer said as much.  The thing was, she had no idea why.  All she knew was Zoe asked her to find a door on the university side of what?  And she was supposed to solve the goddesses’ immortality mystery.  What did she mean the apples are missing from Avalon?  Emily read all about King Arthur, but it did not help.  As for creatures, now she had met several.  And how was the world going mad, blah, blah, blah.  It did not make any sense.

Cheeky goddess, Emily thought.  But according to Mindy, that was the way the ancient gods and goddesses worked.  They set up the impossible tasks and then sat back and watched the humans stumble.  One thing was certain, Emily now had a greater appreciation for the Odyssey than ever before.

Emily’s little brother Tyler came to her door.  He seemed worried about her.  Emily thought it was a sign that he was growing up, but she would never say that.  He would have been insulted if she had.

“Are you pacing for a reason, or just concerned about Molly and Cathy?” he asked.

Thus far Emily said nothing about the attempts on her life.  She certainly detailed nothing about the bogyman last summer, or mentioned the attempt at the mall.  The news portrayed that as a random act of holiday shopping violence.  The incident at the bowling alley was a bit harder to explain except to say some maniac came in shooting up the place and they don’t know why.

“No reason,” Emily answered.  That was not entirely dishonest.  She was simply repeating the same thoughts she had a hundred times.  A search for alternatives, she imagined, but she did not find any.  Zoe and the others all expected her back at school.  She promised Pierce she would finish her schooling at New Jersey State.  She was just going to have to be careful and keep her eyes and ears open.

There was a loud crack and something scraped Emily’s arm before it lodged into the wall.  Emily threw her brother to the floor and yelled, “Stay down,” as she crawled to the stairs where she rushed down to the front door.  The man in the trench coat was out front near the streetlight.  Emily turned off the lights in the front hall and went out to the darkened porch, hoping she might not be seen.  She heard Marion’s shout. 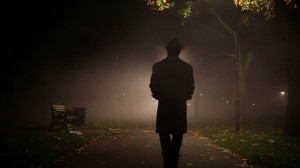 “Police.  Drop your weapon and put your hands up.”

The man turned and started to run in the opposite direction.  He pulled his gun back out as he ran.  He fired once to his rear and once toward Emily’s house when he saw her.  Then at once he arched his back and without a sound he fell to the ground and the gun fell from his hand.  Marion and Emily arrived at about the same time.  The man had an arrow sticking out of his chest.

Emily looked up at the shadows down the street.  There was a figure in the dark, and she called out.  “Elf.  Show yourself.”  The figure slowly moved into the light, and it was unquestionably an elf, and not of this world.  “What brings you here?”

“You, and my wife,” the answer came.  “Boston and I still work for the Lockharts.  I believe you met Katie.”

“Of course, how is the baby?”  Emily hardly knew where that thought came from.

“Elfkind, but she was born human.  She presently acts as Liaison between Avalon and the men in black.”

“Men in black?  No, please excuse me?” Marion had her hand up like a school girl.  “Who are you?”

“Roland.  And I came with information.”

“I thought you came to save her,” Marion said and Emily hushed her.

“It is a message from Avalon.  Several of the golden apples of youth have been stolen from Avalon by the rebel faction.  They made their way to the doorway that leads to your university.  That is all we know except to tell you that the apples are very dangerous in the wrong hands.”

“How so?”  Emily wondered

“One big bite might delete a hundred years of life, and if you are only sixty,” Roland shrugged.

“Younger than your birth?”

“You would cease to exist.”

“And someone at the university has some of these apples?”

Roland nodded.  “Lady Alice, that is Zoe said find that door and close it, and if someone offers you a big bite of a delicious, irresistible golden apple…resist it.”

Blue police lights came roaring up as Roland stepped away.  A hole formed in the air—a hole to another place altogether where the stars were brighter than Marion or Emily had ever seen.  Lieutenant Reese Anthony stepped out of the police car as Roland stepped through the hole, smiled for Emily and waved at Marion.  Then the hole slowly closed until it winked out of existence like it was never there.

Lieutenant Anthony watched the elf disappear.  He looked down at the dead man with an arrow sticking out of his chest.  He shook his head.  “I don’t want to know.”

“One good thing,” Marion said.  “You will find this man’s gun killed the other two men.”

Emily nodded, but then had a thought.  She bent down and grabbed the dead man’s trench coat by the sleeve.  She ripped the coat sleeve, suit sleeve and shirt sleeve in one pull.  The man’s arm had a small tattoo—a circle with three squiggly lines.

“No one knows.  A secret society.  Mindy says it has something to do with immortality.”

“The apples of youth,” Marion took Emily by the arm.  “You can’t go back to that school.”

Thanksgiving has come and gone for Emily, and far from solving any mysteries, they just keep getting more complicated, and more intense.  Be sure to return on Monday for the Elect II-9 Clues, to see what turns up. 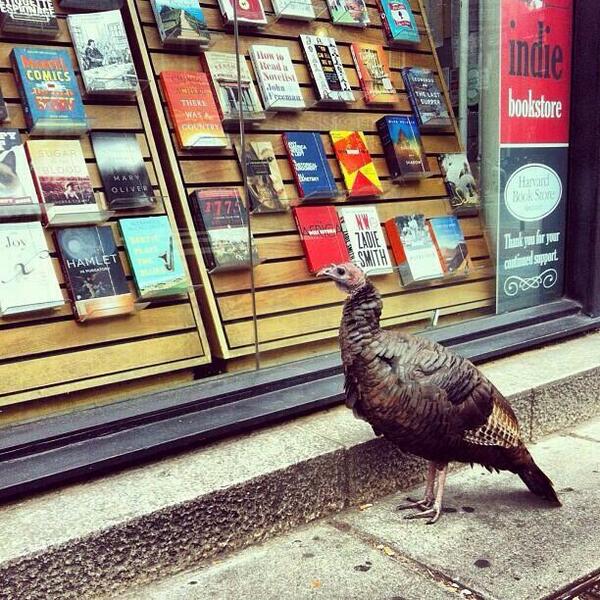