The mats were laid out in the gym and the company stood at attention.  Captain Driver walked the room first and eyed each member of the class before he said, “At ease.  Be seated.”  Emily held the clipboard that day.  Hand to hand training required some close quarters and Captain Driver told her he did not want anyone to get hurt, accidentally.

“Sophomore.”  Besides, he had Jessica to pick on that year.  She got up and stood at attention.  She felt ready for whatever the man threw at her.  She had been training with Heinrich for over a year. 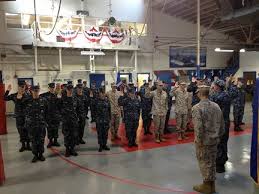 “Some of you might think she is just a girl.  What can she possibly do if someone sneaks up and grabs her from behind as a prelude to rape or murder, or in a combat situation.  Let me tell you, properly trained she has nothing to fear.”

Lieutenant Brinkman grabbed Jessica around the middle, though it was not entirely unexpected.  Jessica did what she had to in order to flip him over her shoulder, but he expected that and resisted.

“Not a chance,” he whispered in her ear.  That made her mad.  She hooked her right foot around his right ankle and stepped forward, effectively lifting his ankle off the mat.  Then she twisted enough to make him lose his balance toward his weak side.  They both went to the mat with Jessica on top.  To his credit, Brinkman hung on even when his back slammed against the mat, but Jessica was ready and added the natural motion to her deliberate motion and slammed the back of her head into Brinkman’s face.

“Surrender,” Brinkman let go.  Jessica slipped off, but laid a hand on his chest as she spoke.

“No.”  Brinkman shook his head, but took a moment to rub his nose.  “I was afraid I might hurt you.

“No, I’m fine,” Jessica scooted up close to Brinkman’s face to examine the man’s nose.  “Are you okay?”

“Lost for the session.”  Brinkman and Jessica were both grinning at each other. 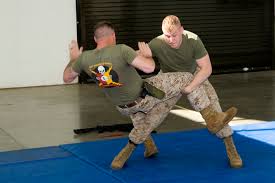 Captain driver frowned.  “Exactly why I don’t like women in the ranks.  No offense.”  He turned to the class.  “Pair up.  You women need to pair with each other.”

The class went well after that until two young men called Emily over.  One spoke in a serious tone.  “I don’t get the grab from behind bit,” he said.  “Could you show us?”

Emily set down her clipboard.  The one who asked was her height, hardly the biggest boy in the class, but she understood that he might be having a problem because his partner was a hulk.  He was one that Jessica called a two-hundred and fifty-pounder.

Emily faced the smaller man and told the big one to grab her from behind.  She expected his hands around her middle, but that was not what happened.  Those big hands reached up and grabbed her breasts.  Emily could only imagine the grinning face over her shoulder.  She turned.  He could not stop her.  She broke free, grabbed the big man’s sweatshirt and sweat pants and tossed him eight feet through the air.  He landed beyond the mats and slid across the gym floor another six feet to where he crumpled up against the wall.  Nothing was seriously damaged, except maybe his ego.

Emily turned on the other who quickly took several steps back.  “Does that make it clear?”  the young man nodded, vigorously.

Captain Driver stepped over, but his eyes were on the two young men.  “When I told you I did not want anyone accidentally hurt, I left off one part.”

“Unless they deserve it.”  Captain Driver turned to the class who had stopped to stare in any case.  “Don’t you people understand?  This is not just a class.  This is your team.  These are the people you will have to depend on when the going gets rough.  You will respect your team members at all times.  If you cannot do that, there is no room for you in this program.  Am I clear?” 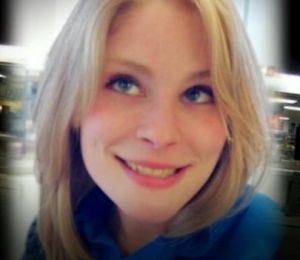 “Hit the showers.”  He turned to the two young men, one standing still and the other staggering back from the wall.  “You two need to give me a reason why you should remain in this class.  And I saw the whole thing so if you lie to me that will be instant dismissal.”

Emily changed, and as she did she felt sorry for the boys.  She said nothing to Jessica, but Jessica could tell.  “Pent up frustrations,” Jessica said.  “You need a date.”

“He is your superior officer.”

“So we will have to go undercover.”  Jessica paused while Hilde and Natasha giggled.  “I did not mean that the way it sounded.”  She tried again.  “You outrank me too, your majesty, but it doesn’t keep me from telling you to turn your light out when I’m ready to go to bed.  Wait.  That’s not helping.”

“Hey, wait up!”  Emily turned her head.  It was Joel from Anatomy and from the library study group.  “Something I have to ask you.”  He was puffing a little from the run, like he followed her half-way across campus.  “Emily.”  He acknowledged her and smiled.  It was a nice smile.

Emily never thought about dating until Jessica brought it up.  She did not imagine she could date, after Pierce.  But Joel was nice.  She could easily smile for him. 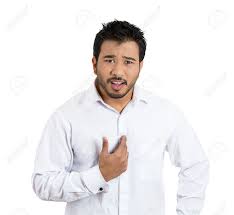 “Oh?  I see.”  Emily felt a pang of something, but she was not sure what she was panging about.  “Why are you talking to me about Amina?”  she started to walk again and Joel kept up.

“I asked her out.  She wants to go out.  Maybe supper and a movie, nothing special.  But she said I had to get your permission first.”

Emily stopped walking.  No way.  Amina was a big girl who could make her own decisions.  Emily was not going to get stuck with approving something that turned out wrong.  “If you respect her and care about her, I don’t see anything wrong with the idea.”

“You do know she has not dated much, or at all as the case may be.”

“I know.  We talked about that.  It seems our families are very similar, considering.”

“Considering she is Catholic and I am Jewish.”

Emily sighed and nodded.  It wouldn’t be the first time.  “Okay with me,” she said, but planned to have a long talk with that girl.  Emily had no business making those sorts of decisions.  If Amina insisted they be Amazons, then Amina would have to start acting like one and make her own decisions about boys or men.” 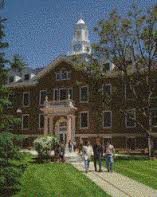 “Thank you,” Joel said sincerely, and he ran off to celebrate, or to find Amina, or to do both.

Emily shook her head as she walked up the steps of the administration building.  It was one flight up to find the President’s office.  She was ushered right in when she arrived, and the door shut behind her.

“Come in.  Sit down.”  President Batiste seemed cordial and that made Emily’s intuition flare into the red zone.  “Captain Gouldos tells me you lead the raid on Morgan Granger’s house., but you neglected to call security first like we asked.”

Emily practiced this line.  “It was a police matter, sir.  It was not a matter for campus security.”

“Are you a trained and educated expert in these matters?”  The President spoke with every ounce of restraint he could muster.  He was clearly ticked.  “My security people are knowledgeable about what requires outsiders and what is best kept in house.  That is what we pay them for, to make those determinations.  Let them.”  He underlined the last part and Emily thought it wise to keep her mouth shut.

“You are a dangerous woman,” Batiste said, though he said it with a smile returned to his face, his anger temporarily abated.  “But there is a reason we have rules and regulations at this university.  I am not saying you have broken any rules, but you have failed to keep some.  A sin of omission, I believe.  I don’t know why you seem to attract trouble, but next time please do the right thing.  Call Captain Gouldos.  He is not a bad man and may even help you with whatever Boogyman you might be facing.”

“Hopefully there won’t be a next time,” Emily said and stood.  She had enough.  President Batiste looked at her with his mouth forming around a word, but then he swallowed whatever it was.

“Hopefully,” he agreed and waved her out.

Emily went, but kept looking back as the door slowly closed.  She bumped into an older man.  “Careful, young woman,” the man said and smiled for her as he put his hands to her shoulders and helped her step aside.  “My youngest daughter is the same way.  She loses track of where she is going, and that is not a good thing when she is driving.”  He showed a gold cap on a tooth as his smile came out.

Emily returned the smile, but her intuition was still flagging her.  She took a careful look.  The man was fifty-something, salt and pepper hair and he had a left eye that looked a bit to the left when he was looking straight ahead.

“Mister Franco.  Ferdinand.  Come right in.”  President Batiste reached out for the man, and Emily thought it best to disappear.

Back on the Administration building front steps, she tried to put together what she just experienced and saw.  Why was she dangerous?  She posed no danger to President Batiste as far as she knew.  She probably saved the university last year from any number of law suits.  And why was he so determined to have her call security?  So they could sit on what was obviously a police matter?  Lisa said the men guarding Granger’s house were drug men.  For all she knew it might have been a federal matter, but not something campus cops were designed for.  What was he trying to keep “in house,” as he called it?  Was she a threat to that, whatever it was? 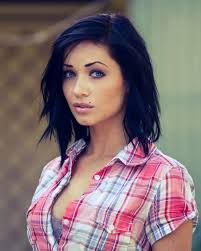 Emily had the strength in her legs to outrun a deer, but she could not catch this young man.  That confirmed in her mind who she was chasing.  Pierce said he had a younger brother.  This had to be him, and he looked to be about sixteen, not quite old enough for college whereas Pierce masqueraded as a graduate student.  He masqueraded, she remembered, because he was a person created in a lab by Doctor Zimmer, only something did not go right.  Pierce aged at twice the normal rate, which meant in real time Pierce was only twelve or thirteen-years-old.  If the same was true of this one, she figured she was chasing an eight-year-old, but she could not catch him.

Emily rounded the building and came into a parking lot.  It was full of cars of commuters and some faculty and staff.  Pierce’s brother was nowhere to be seen.  He might have raced into the building, but she imagined he was out there among the cars.  As long as he kept low, he could easily work his way to the back of the lot and disappear among the trees without her ever finding him.  “Needle in a haystack,” she said to herself, and then had a thought in case the young man could still hear her.

“I need to talk to you.  I want to tell you about your brother.  Find me when you are ready.”  She turned to go back to her dorm to mope.

Monday.  Everyone has them, but figuring them out… Be sure to visit the blog Money for the Elect II–6 Secrets.