“Are you looking forward to school?” Maria asked, kindly.

Melissa, who walked with her eyes turned down to the sidewalk like she was thinking deep thoughts, nodded before she thought to say something.  “A little scared, considering, you know, last year.”  She took a breath and added, “Summer school helped, but there weren’t so many people around.

Maria understood and offered what she had.  “But this year you have a safe room and a suite full of friends to watch out for you.” 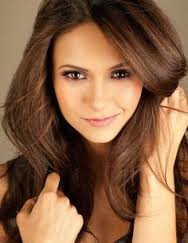 “A whole Amazon tribe,” Melissa said with a smile.  “That is what Mindy and Amina call us.”  She opened the door to the dorm and walked up the stairs with her roommate.  When they stepped inside, they found Mindy and Amina unpacking.  Jessica came in a moment later, followed by a boy.  She must have been right behind Maria and Melissa.

“Everyone, this is Phillip, a sophomore transfer into ROTC.”

“Hey.”  Jessica turned to a bewildered looking Phillip.  “I found him wandering around the campus center.  I may keep him.”

“What?”  Maria asked while Melissa joined Amina in turning red.

“You keep saying we are supposed to be like the Amazons of old,” Jessica said as she ran her hand through Phillips hair.  “I’m willing to do my part.”

Emily got to the top of the stairs, thinking hard, and slowly opened the heavy door.  It was dark when she stepped into the lounge area of her suite.  She flicked the light on when she shut the door, and everyone jumped up and yelled, “Surprise.”  It was not really a surprise, but it warmed Emily’s heart to see it.  Unfortunately, Emily’s mind was preoccupied, so she said nothing in return.  The others stopped and watched as Emily shifted one chair to face the end of the couch, by the door, and scooted the other tight beside it.  She went into her room and grabbed her desk chair and Jessica’s chair and plopped them down side by side.  The chairs and couch made a U shape around the cheap coffee table and faced the door with the open end.  Emily sat in her own desk chair at the head of the table, so to speak.

“Meeting first,” Emily said, and she waited for their response.

“What happened to your ribs?” Jessica wondered how she could carry those chairs from the other room.  She sat in her own chair beside Emily.

“I thought your leg was broken?” Maria looked more concerned than curious as she went around to sit on the middle of the couch.

“All healed,” Emily said, and she waited while everyone sat in the correct order without having to be told and only left the seat empty at the end of the couch nearest the door.  “I met Zoe,” Emily said and Amina’s eyes got wide and her mouth opened as she certainly saw something in that statement.

“The queen goddess of the Amazons?”  Mindy wondered.  “But she almost never shows up in the record.  Are you sure it wasn’t Artemis or one of the others?”

Emily looked at Mindy.  The girl was in danger of believing everything she read.  Of course, given some of their encounters Emily could hardly blame her, though Emily was planning to remain uncommitted on the divinity of her visitor.  She stood, retrieved her sword from her room and sat again with the sword across her lap.  Then she began to speak.

“Zoe said an Amazon queen never acts alone.  She always depends on and listens to her council.  The three on her left hand face the darkness and the three on her right face the light.”

“Wait a minute,” Maria interrupted.  “There are only two of us on the right.”

“There are three on my right,” Emily said.  “The third is our priestess who always stands a little apart from the rest of us.  Zoe said she would be provided,” and there was a knock on the door.

Melissa was closest, but Amina was already out of her seat.  She looked back at the others and ended with a stare at Emily.  Then she grinned impishly and opened the door.  There was a woman just shy of thirty-years-old who started to speak.

“Yes, Sara,” Amina interrupted.  “We have been expecting you.  Your seat is waiting for you,” and she pointed to the end of the couch.  Maria kind of ruined the spell by shifting over and patting the cushion beside her.

The woman came in and sat but looked and sounded rather confused.  “I got a message that I needed to be here.  I don’t understand.  I never make night calls unless someone dies.  Did someone die?”

“Only my denial,” Emily said, and without any preliminaries she began.  “We have Zoe’s permission to be an Amazon tribe, but she has a message for each of us.  You have already heard mine, that an Amazon queen always listens to her council.”  Then she began on her left side and talked about the ones facing the darkness.  She talked to each one personally; Jessica the hunter, Amina the Sybil and Melissa the spell caster.

“Witch,” Melissa said the word and wiggled her finger.  Her cup of orange soda lifted into the air and floated in her direction.  It did not look too stable and Melissa looked like she was seriously concentrating.  When she grabbed the drink, she spilled a little and immediately looked at the newcomer.  “Sorry,” she said.  “I’m just learning and I am not a very powerful witch.”

“We are all just learning,” Maria encouraged her roommate.

Sara turned her eyes to Emily and said something that surprised no one.  “Emily Hudson.  We talked about you last year.”

Emily ignored the comment, turned to her right hand and talked to Mindy the wise woman and Maria the healer.  When she told Sara that she was to be their priestess, Sara’s eyes got wide, but she said nothing.  Then Emily went on to share that Zoe gave them an assignment.  There was a mystery on campus and they needed to solve it.  “She said, somewhere there is a door open to Avalon.  Creatures have escaped.  You met one.  The world is in danger of going mad.  Blah, blah, blah.”

“Blah, blah, blah?”  Jessica had to ask.  Emily hushed her and looked at Sara.  They all waited in silence for Sara to speak.  Sara understood the stares.

“But what if I don’t want to be your priestess?”

“No one will force you, but you are the one Zoe selected,” Emily said.  “Your request for transfer has been or will be denied.  You will be here with us for the next three years.”

Maria added a thought.  “I suppose if you don’t want to be our priestess you will leave us spiritually empty and morally bankrupt.  But the choice is yours.”  She looked around the room and saw the looks of agreement on the other faces. 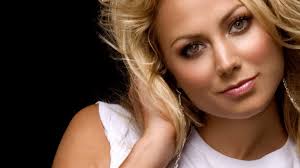 Sara sat for a time and looked at her hands in her lap before she spoke again.  “I think I need to have a talk with this Zoe of yours.”

“Oh, I am sure you will,” Amina said cheerfully.  “And soon I imagine.”

“Somehow, that does not encourage me.”  Sara just sat for a minute and worried her hands.  The others were mercifully quiet and patient until the woman finally looked up.  “There is one thing.  I am not really a priestess.  I’m a Methodist minister.”

“That’s alright,” Maria responded and reached over to pat the woman’s hands. “Amina and I are Catholic.”

“Southern Baptist.”  Mindy raised her hand and her voice.

“Presbyterian,” Emily said and looked at Jessica.  They all stared at Jessica until she spoke.

“My mother used to like to go to the Crystal Cathedral.”

Monday, be sure to come back for the Elect II-3 Antiques.