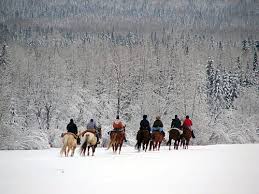 Early in the morning, when Boston and Katie had the watch, Taregan got up and visited with them.  His father Megan came to be friendly and he brought Pawau, the older man who would guide the travelers safely through the land.  Pawau appeared to be a jolly, gray-haired fellow with plenty of happy wrinkles, probably not a good choice for a war party.  Katie figured this way Megan could give the old man a task that would keep him out of the fighting.  Boston didn’t question such things.  She simply hugged the man and said welcome, and Katie watched.  Katie knew Boston’s elf senses were finely tuned to whom to trust, and who should be avoided at all costs, and she accepted Boston’s judgment on the matter. 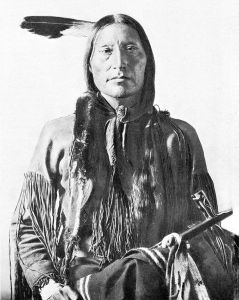 “I’m sorry we don’t have time to let you rest, but winter is probably not a good time of year for that anyway,” Taregan said, sounding very much like a teenager who wanted to show off his friends.  “Huranti would really like you, Katie.  She wanted to come with the war party.”

Taregan shook his head.  “No, but she is a real hunter.  “Alawan would go wild on meeting a real, live elf.  Good wild, I mean.  She caught sight of a couple of the fairies that live in our neighborhood and has been enchanted with the whole idea ever since.”

“She is…”  His voice trailed off and Megan stepped into the conversation.

“Poor Taregan is having a hard time deciding.  He says both young women have attributes he admires.  Pawau says he should marry both of them.”  Pawau smiled and nodded to Megan’s words.

“Huranti is a very practical young woman,” Megan said.  “Alawan is a bit of a dreamer.” 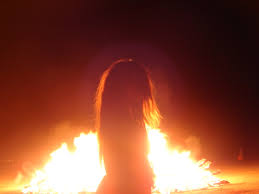 “They both sound nice, in her own way,” Katie said and smiled for the beardless young man.

“I can’t decide,” Taregan admitted.  He would have moped, but Boston grabbed him and hugged him.

“Little lost soul,” she said.  “I never knew you could be so cute.”

“Breakfast,” Alexis shouted, and the watchers who only saw the light on the horizon, gave up their place and went to see what there was to eat.

Two days later, the travelers had to steer Pawau to the new gate location.  The gates moved as the Kairos moved, so the Kairos always stayed at the center of the time zone.  It was automatic, but Pawau did not know this.  The travelers thought it wise not to explain it in detail so they did not put Taregan on the spot.

The man rode behind Lincoln, and opened his eyes after about the first half-day.  He never got used to sitting on the horse, but he got to where he could at least hold a conversation, so it was not so bad.  He certainly preferred it when they stopped and he could get down, carefully. 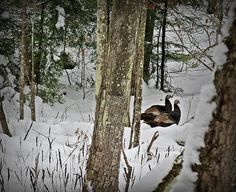 “I am afraid we are getting close to the ghoul home time zone,” Lincoln fretted when they stopped to camp for the second night.

“Probably so,” Alexis responded.  “But there isn’t much we can do about that.”

“Be on our guard,” Lockhart said.

“Don’t forget, there is one still out there,” Katie added.

“But it does not appear to be interested in us,” Lincoln sounded hopeful.

“No,” Mingus countered.  “I would say it is content to be eyes for the ghoul controller in whatever time zone that may be.  I suspect they are close.”

“How many out of the hundred do you figure are left?” Elder Stow asked.

“Thirty or more,” Lincoln interrupted his wife.  “It is possible one or more of the groups we encountered was a local group, time locked in the place we encountered it.”

“How can you tell?” Katie asked. 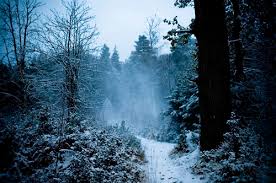 “Maybe the group in Rebecca’s day,” Boston suggested at the same time. She and Mingus had discussed it, but Mingus shrugged.

“Ghoul behavior has been the same since forever,” he said.  “But the modern hundred that got displaced in time and is thus able to follow us through the time gates appears to be a bit more sophisticated.  In the end, though, they will follow ordinary ghoul behavior, as we have seen.”

Lockhart nodded.  “Use their mind tricks to confuse and corner their victims, and terrorize them until they are paralyzed with fear.  Then feed off their souls.”

Pawau interrupted.  “Can you make some of that bread?”  People smiled for him, and focused on supper and the fire for the night.

It had not snowed over the two days of travel in the wilderness, but the sky never ceased to be overcast.  The snow beneath their feet, and the wind that came through the trees certainly stayed cold enough.  Boston suggested they might get to the time gate about mid-morning as the gate appeared to be rising up slowly to meet them.

“Taregan must be moving north on the far side of Lake Champlain,” she said.  “So the time gate is slowly moving north toward us to maintain the same relative distance from the Kairos.” 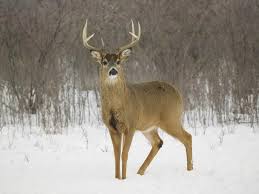 They opted to stop for the night, because the general rule was to get a good rest and enter the next time zone as early in the day as possible.  The group had come across a small herd of deer around three in the afternoon.  The deer foraged in the snow, wary of the strangers and their horses, and kept their distance.  Natives would have had to go to ground and probably spend hours sneaking up close enough to throw a spear and hope.  Katie lifted her rifle and easily shot one at that distance.  Then she and Lockhart butchered it while the others watched the woods and waited patiently.

Supper was bread and venison.  Alexis kindly did not say anything about the lack of fruit and vegetables.  There was not much they could do about that in the snow covered wilderness.  She was secretly glad the Kairos provided them with morning vitamins.  It was a wonder they did not all get scurvy given their diet.  “Deer, deer, elk and deer,” she did say.

“Question.” Pawau was thinking.  “If the gate moves, how is it the evil terrors know where it is?”  He called the ghouls, ‘evil terrors’, which was not a bad name, considering.

“We have discussed that,” Boston said.

“They may have gained that ability by being displaced in time,” Mingus explained.  “I don’t believe they come by it naturally.”

“It is possible they can sense the time disturbance naturally, like some can feel the change in weather,” Elder Stow offered the other side of the argument.  “But maybe they knew better than to move through the gates as long as they were time locked.”

“Maybe they learned the hard way,” Decker said with a grin, but without explaining.

“Like going back to before they were born and disappearing from the world,” Lincoln agreed. 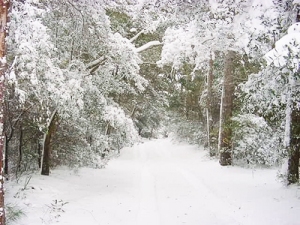 “Or going into the future and ageing prematurely,” Katie agreed.  “But how do ghouls age?”

That was the whole argument the travelers had before, several times.  Pawau held his tongue.  He tried to grasp what they were saying, but he thought another question would make it worse, so he left it alone and curled up in his buffalo robe, next to the fire.

Lockhart set the standard watch.  People had to keep their eyes open for locals, animals, like bears and buffalo, and the ghoul.  The night was quiet until the wee hours.  Pawau woke up startled, and let out a great yell.  He grabbed his stone headed ax and raised it, threateningly.  The others were all sleeping in their tents, but they heard the shout and began to turn out to see what might be happening.

Lockhart stuck his head out, and just missed getting his skull cracked by the ax.

Pawau yelled again just before Elder Stow fired his weapon.  Pawau collapsed, as Elder Stow stepped up to examine him before Alexis butted in front of him.

“I think I have the stun setting figure out for you humans,” Elder Stow said.

“But he is an old man,” Alexis complained before she decided, “I think he will be all right.”

Lockhart, Katie, Decker, Mingus, and Lincoln all scanned the darkness beyond the fire.  They saw nothing until they looked in the direction where they heard the flapping of wings.  A great owl landed in a tree on the edge of the campsite.  It hooted at them, but Decker accepted what he saw on a deeper level.

“We should be okay for the rest of the night,” he said. 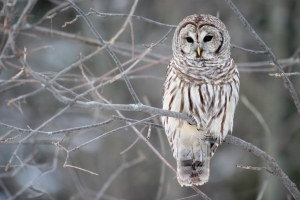 Lockhart frowned.  “All the same,” he said.  “Alexis.  I want you to sit up with Katie and Boston this morning.  We need three on watch so if the ghoul bends one mind, the other two can handle it.”

“Everyone else needs to rest,” Katie added, with a look at Decker who nodded to the owl that appeared to have settled in to the tree for the night.

There was no more trouble, and by the time they polished off the venison for breakfast, Pawau was better, and they shared some laughter.  Alexis remained concerned about leaving Pawau alone in the wilderness, but he said there was a village a few hours walk from where the time gate stood, so she did not worry too much.

Taregan and his father stood for a moment and watched the camp burn.  There had been some blood. Two of the other tribe got killed, and a few on both sides got injured, but the blood had been minimal.  Taregan’s war party chased off the people and took all the food and well-made artifacts and burned the rest.  They would go out from there and hide in the wilderness while they scouted out another village to raid. 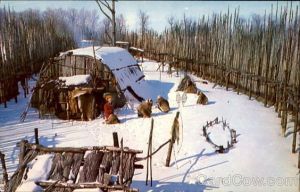 Taregan wrinkled his face with a look of frustration and turned it on his father.  “I forgot to give Boston her Beretta and knife belt.  You didn’t remind me.”

Megan paused to remember before he spoke.  “I am sorry son.  It never came to my mind.”

“Me neither,” Taregan said.  “Next time,” and he added, “I wonder where they are going next.”

Monday, the travelers journey back to Babylon, to the early days of Hammurabi, in episode 4.11, Being Human.  This eight-part episode will be posted Monday through Thursday for the next two weeks.  Be sure to come along for the adventure.  They are getting close to the ghoul home base, but then most time zones have enough trouble of their own.

See you Monday, but for now, remember, all reading should be Happy Reading 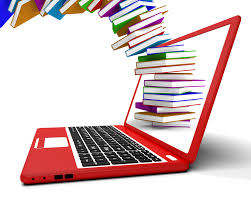