At the moment the sun cracked the horizon, Nuwa dragon finished her exhale.  She had risen high in the sky with no wings for support, and it looked for a second like she might fall, but all eyes were fastened on the darkness that appeared the instant the flame stopped.  No one, who did not know, could guess what it was, but they saw it immediately sparkle in the sunlight and then vanish in one small burst of light.

Nuwa dragon caught her fall and curled herself a half-dozen times around the dragon on the ground.  “Hush baby,” Nuwa dragon said in the right language.

“Mama.  Hurting,” the dragon responded.  Now that the sorcerer’s control was gone, the dead wolves returned to being dead, and the dragon recognized that it had been shot several times.

Thalia stepped out from the trees, and she did not even stop when people and horses came out from the great worm hole a short distance away.  Nevah felt afraid for Thalia in the face of that enormous dragon.  Bezos made sure his hammer was at hand.  Phadon put away his sword, willing to trust Thalia’s judgment, but he watched carefully.  Anwanna hugged and quieted his donkey.

“Nuwa,” Thala said, knowing right away who it was.

“I thank you most kindly, Thalia said.  “Excuse me one minute.”  Thalia turned around and yelled, “Boston.”  She opened her arms to give the girl a hug.

Katie paused on seeing her.  Her mouth breathed, “Elect?”

“Yes, I know,” Thalia answered Katie’s thoughts.  “I get strange some times, but I figure as long as I don’t join or start an Amazon tribe, I should be all right.”

“You have friends?” Lockhart said, and Thalia took the time to bring everyone out from the woods and introduce them.  She explained to Nevah that Boston used to be human and Alexis used to be an elf.

“Whole what?” Thalia asked in return.  “You have a mother and father who love you, and that seems pretty whole to me.”

“Thalia lost her family to Amorites rampaging through the Levant.  She has been alone ever since,” Mingus whispered to Lincoln and Alexis, knowing that Boston would hear with her good elf ears.  Thalia may have heard, but she offered no thoughts, turning to Nuwa instead.

“Sleeping would be my guess,” Nuwa said. 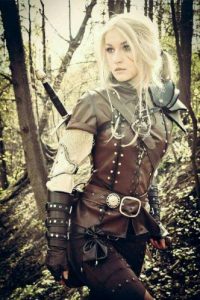 “Might as well see what’s for breakfast,” Thalia said.  “And probably lunch and maybe supper too as long as we are waiting for Fuxi.”

“Can I keep this little one?” Nuwa asked.

Thalia shook her head.  “You can help him heal, but he needs to go where he won’t get into any trouble.”

“It is a shame not to heal this magnificent creature, and for my friends, let me say I do not blame you for defending yourselves.  I hold the sorcerer entirely responsible.”

“Good to know,” Lockhart said, having just realized why the dragon was injured.

“I imagine that isn’t what he was asking,” Mingus said.

“Can I come this time?” Nuwa interrupted the family drama.

“No,” Thalia said.  “You cannot come with us.  We have three days to journey up the mountain, and I figure it will take three days for you to lead our friends to the next time gate.  I need you to protect them, please.  The sorcerer will dare not interfere if you are with them.”

“I understand,” Nuwa dragon said, but she did sound a bit disappointed.

Thalia’s gang and the travelers helped the dwarfs put out the fire in the great hall.  They ended up missing breakfast but had a fine lunch.  Thalia showed the travelers the distant tower on the smoking mountain, and said over and over, “No.  You can’t go with me.  The last thing we need is for the sorcerer to get his hands on weapons of mass destruction.”

Lockhart was the only one who really said anything.  “You know, since starting on this journey, I have come to realize that getting home alive is the second most important thing.  Helping you keep history on track is first, and all you have to do is ask.”

“I know.  I appreciate that,” Thalia said.  “But not this time.  And for the record, Katie is an elect, and she will do things that you would rather she not.  She will take risks, and you just need to deal with that.  What it really comes down to is do you trust her judgment or not?”

“I do,” Lockhart said.  “but sometimes I might not want to watch.”

Katie and Thalia shared a grin and Katie took Lockhart’s arm, just because.

Nevah and Boston spent the day together, talking about everything.  Nevah, though she was only half-hobgoblin, had less couth than the elf.  She trapped Mingus and Elder Stow, and let them have it. 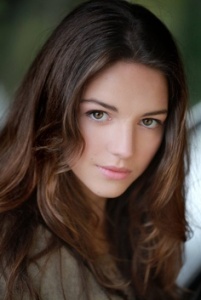 “I like my companions.  We have come a long way, though not nearly as far as you have to go, but I don’t think we would have gotten this far if we did not like each other and if we were not nice and good to each other.  Whatever your personal feelings, you should keep them to yourself.  You need to be good and nice and supportive and encouraging to all of your team or you will never get where you are going in one piece.  I don’t care if you are a wise elder elf and from the elder race.  You are acting like boobies, and spoiled ones at that.”

Nevah huffed and puffed as she walked away and Boston asked, “Boobies?”

“That is what my mother called me.  I used to chew on her boobies when I was first born.”

Fuxi dragon showed up mid-afternoon.  Thalia had instructions for him and could only hope he would remember it all.  “Take this dragon to the Khyber and seek out Lord Varuna.  Tell him that I am asking the dragon be taken to the land in the sky and given to the oread Parvatayas.  The dragon has four or five-hundred-years of life yet.  Tell him, please don’t let him feed on people.”

Fuxi looked at her.

“If you do a good job, you can come up to lake Bosten for a time and fish.”

“I’ll do it,” Fuxi said, and somehow, he got the dragon up on his back where he made the dragon hang on, and he took off for the south and vanished in the clouds.

The following morning, Nuwa and the travelers said good-bye and headed toward the next time gate.  Katie had a thought.

“I suppose Mingus knows how these stories basically work out.  I assume she finds a way of overcoming the sorcerer in the end.”

“No telling,” Lockhart responded.  “At the beginning, I remember Pan saying that our presence put everything in flux.  Things might still be changed if we are not careful.  We may read about her story someday if the Storyteller ever makes it back from the void and then lives up to his name.”

“Change, as in our future might change?  History might be changed?”  Lockhart shrugged, and Katie considered their position.  “I see why you said helping the Kairos keep history on track is the number one priority.”

Lockhart nodded.  “Not that there is much we can do about it.”

Meanwhile, back at the dwarf camp, Thalia got suspicious.  She found Boston’s belt with the Beretta and big knife among Nevah’s things.  She yelled, and it was the kind of yell that made Nevah give everything back.  She had Phadon’s whetstone that he thought he lost, Bezos’ bag of gold nuggets, that he did not care one whit about, and Anwanna’s ring, for which he got excited and praised Ishtar and the divine Mithras for its return, and Lord Visnu for its preservation.  She also had a beautiful bronze cup, dwarf size, and Chief Zed looked flabbergasted.

“Forget it,” Thalia said.  “The copper and tin these good dwarfs dig out of this place is hard to come by.”

Thalia nodded and looked at the weapon.  “No,” she decided at last.  “Too risky.”  It disappeared and everyone gasped, so she explained.  “I set it to Avalon.  I’ll have to remember to give it back to her in my next life.  So, are we ready to go?”

“In the morning,” everyone decided, and Phadon had a question.

“I heard your friends talk about a volcano. Is that what is making all that smoke on the mountain?”

Thalia nodded.  “Let us hope it remains quiet until we finish there.”  She nudged Nevah.  “And you better pray Boston doesn’t need her weapon before I can give it back to her.”

Monday, the travelers arrive in the south seas, but a few years before people start building all those relaxing beach resorts.  In fact, there is a rumor that inland, there are space creatures that might want to eat them.  Check it out.  Monday begins the six part adventure of Avalon Episode 4.9, Tropical Paradise.

Meanwhile, there is a cure for the hot summertime blues.  It is called Happy Reading…